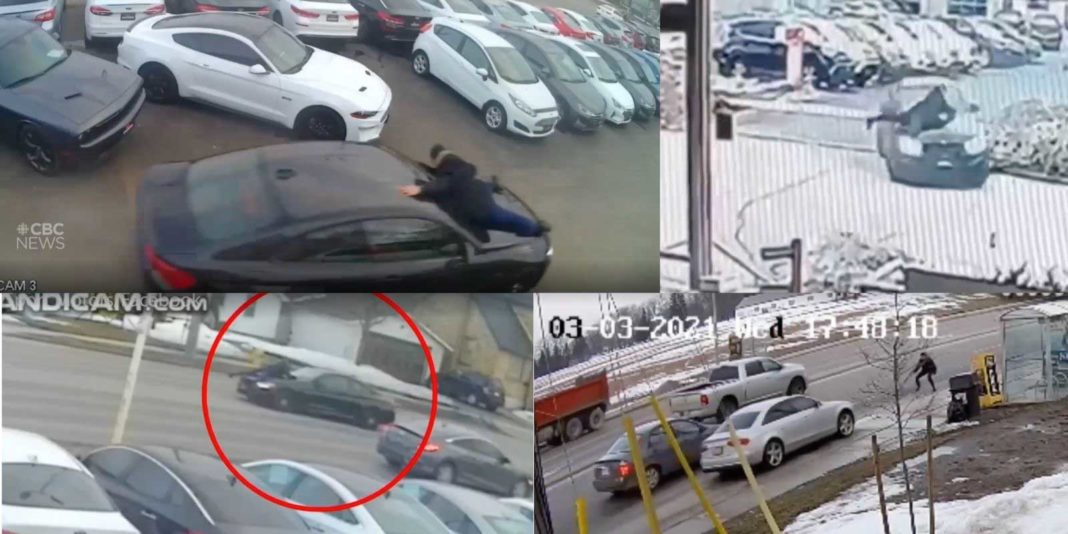 The stolen M4’s last location according to GPS was just north of Toronto, about two hours east of London, but the car is yet to be recovered

In a horrendous scenario, a sales representative in London, Ontario, Canada recently had what was probably the worst sales experience of his life. Forget a bad day at work, Moe Alkaissy is lucky to have survived what could have turned out into a fatal accident. The sales rep was pushed onto the bonnet of a stolen car that was driven onto a busy city street.

It started with Alkaissy showing the perpetrator a BMW M4. The man asked the representative to start the engine because he wanted to hear it. Then he asked to take a call in the vehicle for privacy; all of this in a matter of a few minutes. As the sales rep goes in front of the vehicle, the driver speeds off, but bumps into Alkaissy who ends up on the bonnet of the car, and hangs on for dear life.

The thief drove onto one of London’s busiest streets, driving into oncoming traffic and even running a red light in an attempt to shake the sales rep off the stolen M4. He then took a turn which made Alkaissy fall off the car on Highbury Avenue, the street which continues onto the 401, Canada’s busiest freeway.

“We’re speechless,” said his brother Mustafa Alkaissy, who owns the Sport Motor dealership. “For this to happen in broad daylight on our city streets, why do these guys think it’s okay to do this midday? Do they have no regard for anything or anyone?”

The M4 is yet to be recovered, but according to the dealership’s Facebook post, the car’s GPS showed that its last location was just north of Toronto, about two hours east of London. Thankfully, the sales rep did not suffer any life-threatening injuries.

However, Moe Alkaissy says that he ended up with a hurt knee and road rash on his feet, and as a result, has trouble walking. “Watching it, I just think, this could have gone wrong so many different ways, a million different ways,” he said.