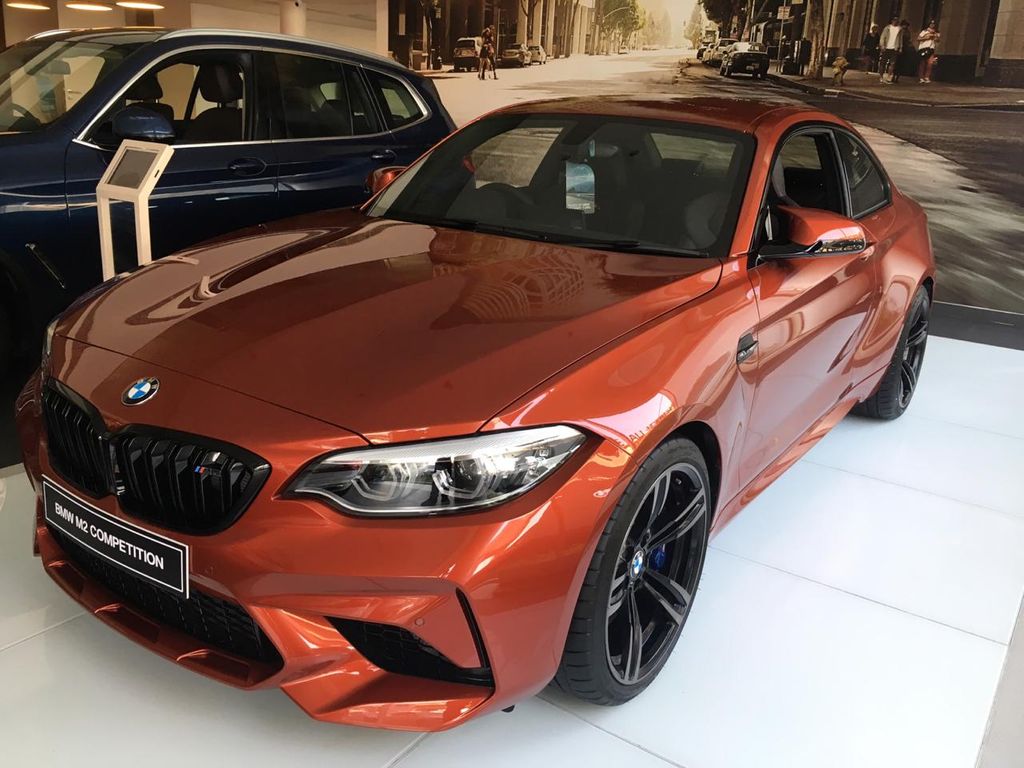 BMW launched the M2 Competition in India at Rs. 79.90 lakh and it is packed with lots of technologies

BMW officially announced that the M2 Competition is coming to India in May after making its debut at the 2018 Beijing Motor Show and the company launched the new model in November at Rs. 79.90 lakh (ex-showroom). The M2 Competition is known as the purest M car as it is the successor of M2 Coupe and the performance car comes to India via CBU route.

The initial batch of M2 Competition has reached India and here are some of the live images of the performance coupe at a dealership. In India, BMW is only offering a single variant of M2 Competition as it is powered by 3.0 L bi-turbo inline six-cylinder engine producing 410 PS of power at 5,250 rpm – 7,000 rpm and 550 Nm of torque between 2,350-5,200 rpm.

This engine is mated to a 7-speed dual clutch automatic transmission with paddle shifters behind the steering wheel and the power is sent to rear wheels. Globally, the company is also offering the M2 Competition with a 6-speed manual gearbox. The M2 Competition comes with three different driving modes – Comfort, Sport and Sport+. 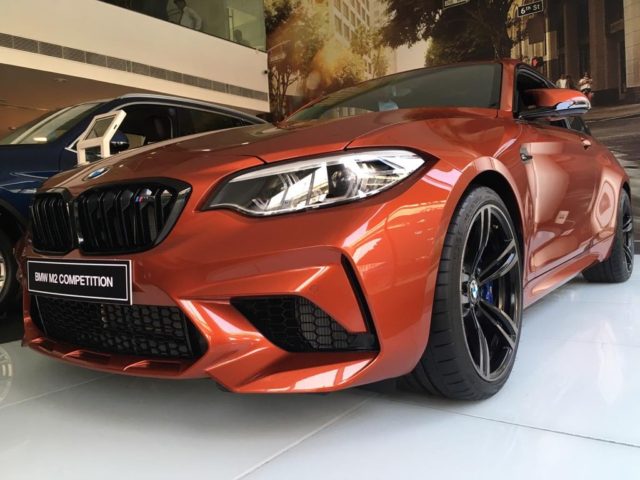 0-100 kmph time is dealt in just 4 seconds and the top speed is electronically limited to 250 kmph and the company is also offering an optional M drivers package, which increases the top speed to 280 kmph, and if it doesn’t have any limiter then it could easily do more than 300 kmph. The engineers have tuned the M2 Competition for excellent handling.

The performance cars come with carbon fibre spoiler, aluminium axles, solid rear mounted subframe along with forged aluminium control, which will all help to improve handling and the M2 Competition also get electromechanical steering. BMW has also given Active M differential and M Dynamic mode for moderate drifting. 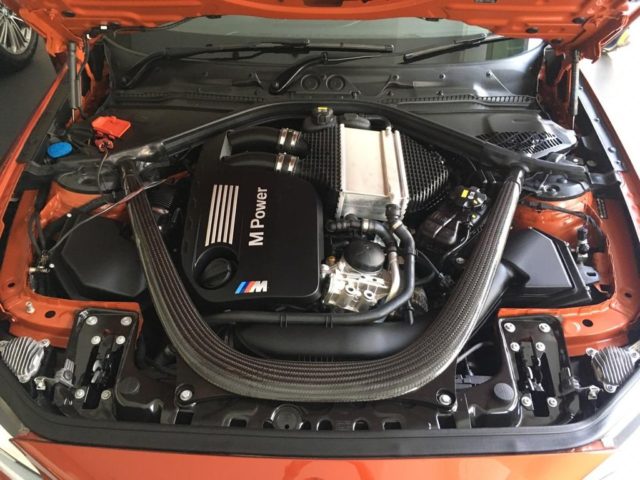 The M2 Competition gets a new sporty bumper with bigger kidney grille along with new 19-inch alloy wheels and new M-spec rear view mirrors while the rear also comes with a new bumper and quad exhaust with electronically controlled flaps to make exhaust note louder. The interior gets minor changes like a new steering wheel with M-button along with a revised instrument cluster and new seats.