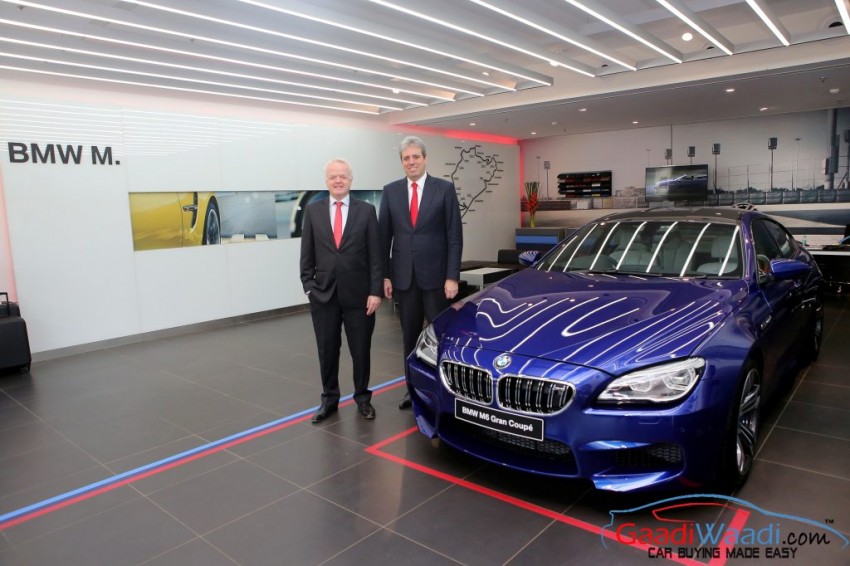 After Mercedes is going completely its haywire, it BMW turns to show what they can do to compete when the competition gets stiffer. After Audi launches, new variants and models are happening almost every month and Mercedes promises 15 products in 2015 has taken the luxury market by storm. In fact, so that Volvo also does not want to stay behind in this race.

BMW is being BMW, today has launched a brand new ‘BMW M Studio’ in Mumbai. The flagship store is dedicated exclusively to the BMW M brand of vehicles and its entire range of products that are here and or that are coming soon.

The BMW M Studio has been launched in Mumbai by Infinity Cars, which also runs a normal BMW car showroom as well as Mini showroom. The BMW M Studio is situated at Savoy Chambers, Near Juhu Garden, Santacruz (W), Mumbai. The first vehicle seen on the floors of the BMW M Studio is the sensuous and powerful M6 GranCoupe BMW says that the by the end of 2016, BMW India will expand the network of BMW M Studios to seven locations all over India through dealerships in cities like Delhi, Bengaluru, Chennai, Pune, Ahmedabad and Hyderabad. The BMW M Studio showcases not only just the ///M range of cars, but also the ///M Accessories Packages. Accessories package include right from the graphics and colors from the M division to carbon fiber and Alcantara parts which are exclusively made for ///M cars.

The BMW M Studio has been designed to give a unique experience of the BMW M brand to its customer. Customers have an opportunity of exploring the products and requesting for a test drive.