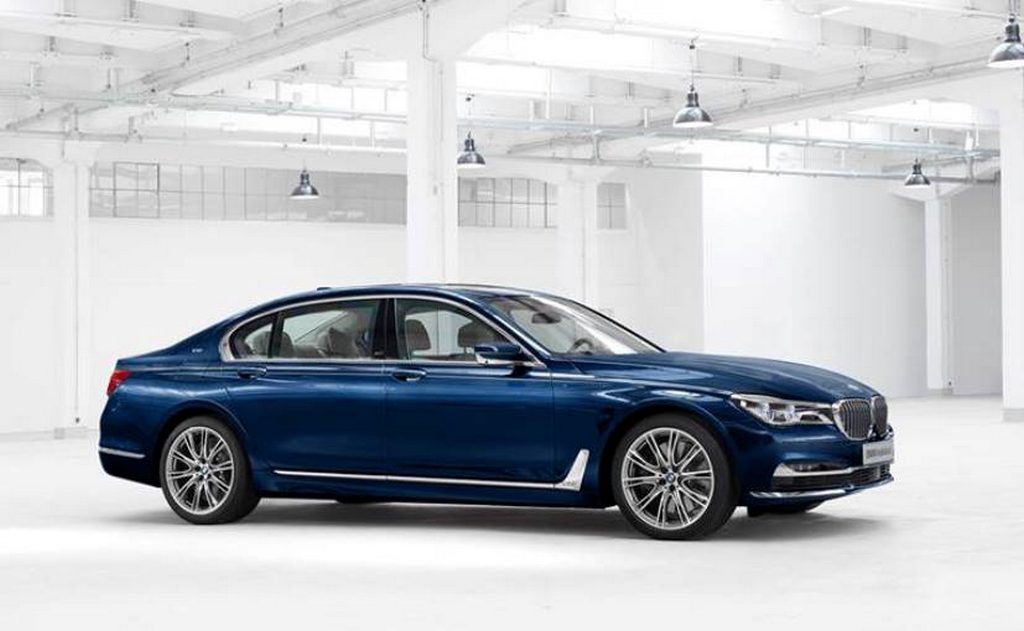 BMW revealed a new 7-Series jubilee edition in memory of its centenary and unarguably it has one of the most drawn-out names ever given to a passenger vehicle. Dubbed as BMW Individual 7-Series THE NEXT 100 YEARS, it blends the exclusive features offered in the Individual series with the ultra-luxurious equipment provided in the flagship 7-Series sedan.

Underlining its specialty, it was announced during its debut last April that only 100 examples will be sold worldwide. Only one unit has been allocated to the Indian market and it will debut soon as probably the most expensive BMW model ever sold. Courtesy of the Individual 7 Series THE NEXT 100 YEARS, the Bavarian luxury automaker has focussed on highest levels of precision and styling, which they always do nevertheless. 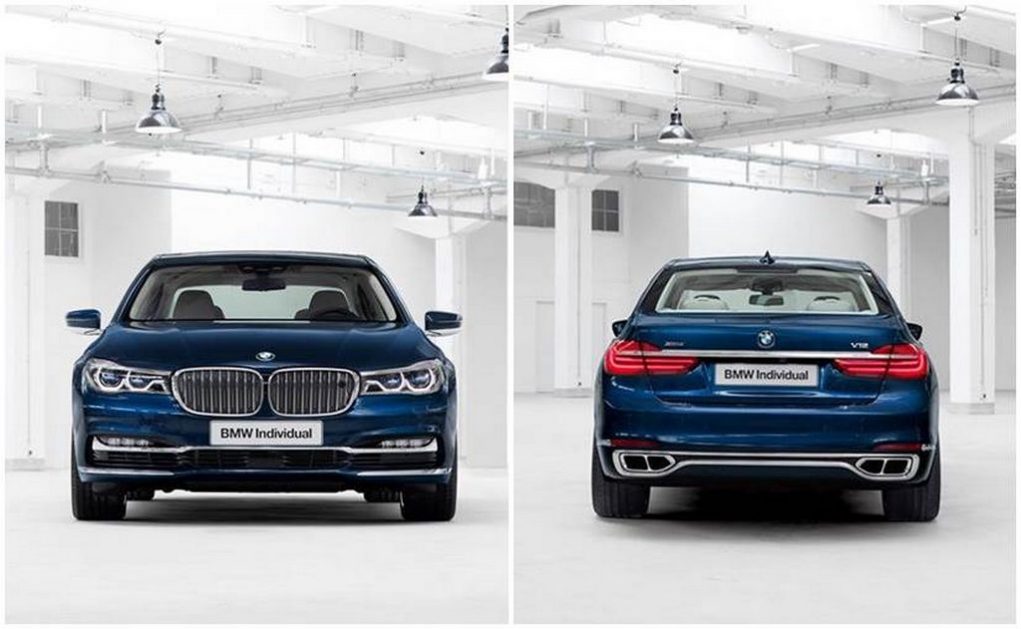 To create this centenary special edition, BMW teamed up with highly regarded luxury writing instruments producer Montblanc. It has also been divulged that each of the limited luxury edition will be sold to the deserving customer with a special fountain pen from the fellow German company. As it is exclusive with this limited-run edition, Montblanc has made only 100 units from their side to mark the jubilee celebration.

It is made available in three engine options with equally long names such as the top-of-the-line BMW Individual M760Li xDrive model V12 Excellence THE NEXT 100 YEARS, we are not kidding at all. Except for the name though, this car is stunner in every sense of the word. On the exterior, it looks identical to the standard Individual 7-Series but additionally it gets Next 100 Years badging and engravings on B-pillar. 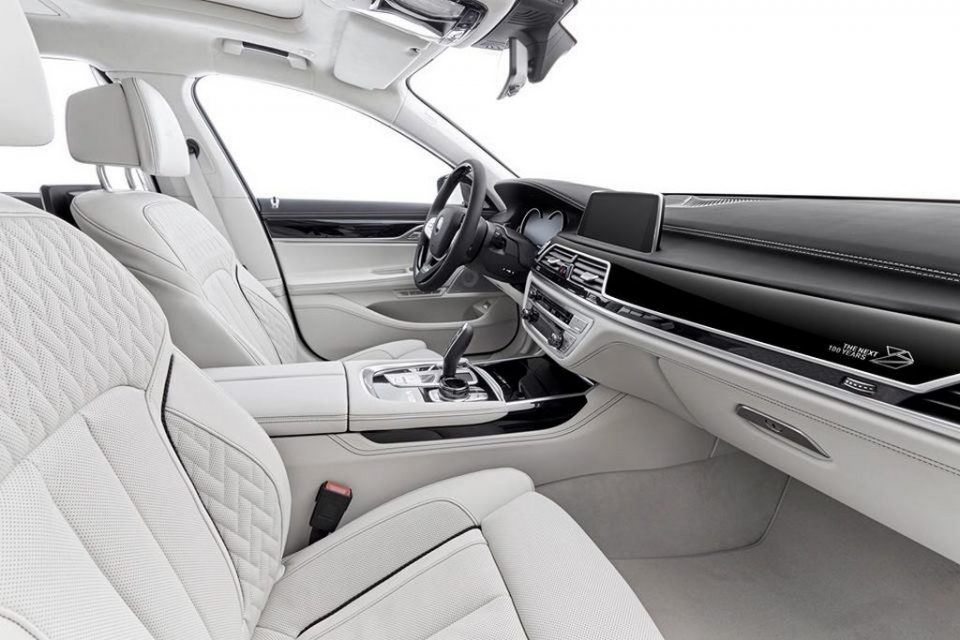 Moreover, on the inside, the Individual 7 Series THE NEXT 100 YEARS comes with unique Centennial Blue Metallic paint finish, ‘1 of 100’ lettering on the floor console, the limited edition branding on the headrest, Merino Smoke White leather upholstery, BMW Individual badging on the centre console and BMW Individual Black Piano Finish interior trim.

Underneath, it derives power from a range-topping 6.6L M Performance TwinPower V12 turbo-petrol engine that makes 602 bhp and 800 Nm of peak torque. It can accelerate from zero to 100 kmph in just 3.7 seconds and can top-out an electronically limited speed of 250 kmph. This engine will likely be allotted for India while the other two engine options elsewhere include a 444 bhp 4.4-litre 750Li with xDrive and a hybrid 740Le iPerformance version producing 322 bhp combined. 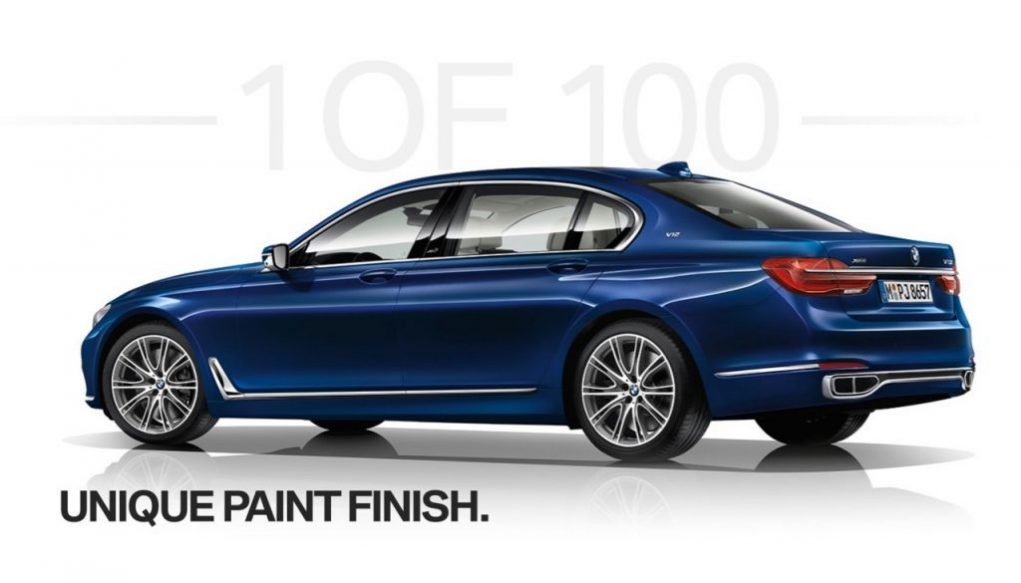