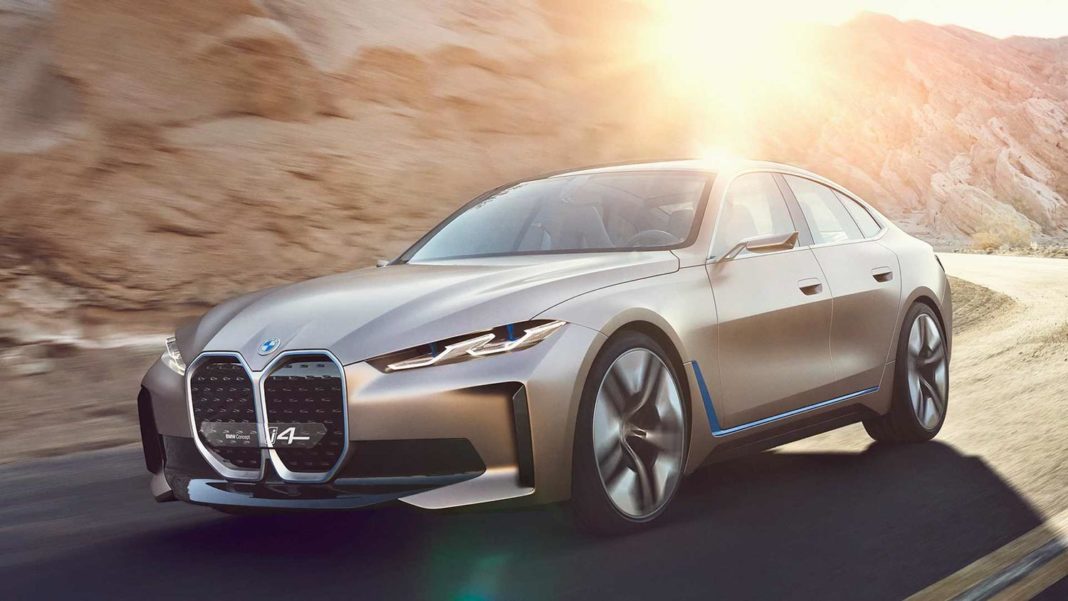 BMW i4 Electric Car Concept has been revealed to preview the production-spec i4 that will launch in 2021. In essence, the new model will be an all-electric 4 Series Gran Coupe. The highlight of the visual package will be the big kidney grille, even as the all-electric powertrain won’t require air to be fed to the engine compartment.

As the kidney grille of the BMW i4 Electric Car Concept doesn’t serve the normal purpose, the company will be seen using it as something called an ‘intelligence panel’, in which a group of sensors. So far, the company hasn’t revealed what all the sensors would be required for but in all likelihood, the grille would serve as cover of sorts to protect the expensive sensors in an event of a minor crash.

The overall styling of the BMW i4 Electric Car concept looks almost ready for production, though the blue highlight on the exhaust outlets aren’t likely to make it to the production. Similarly, even the interior won’t look as airy and minimalistic as that of the concept, though the driver-focussed layout will be a production reality. 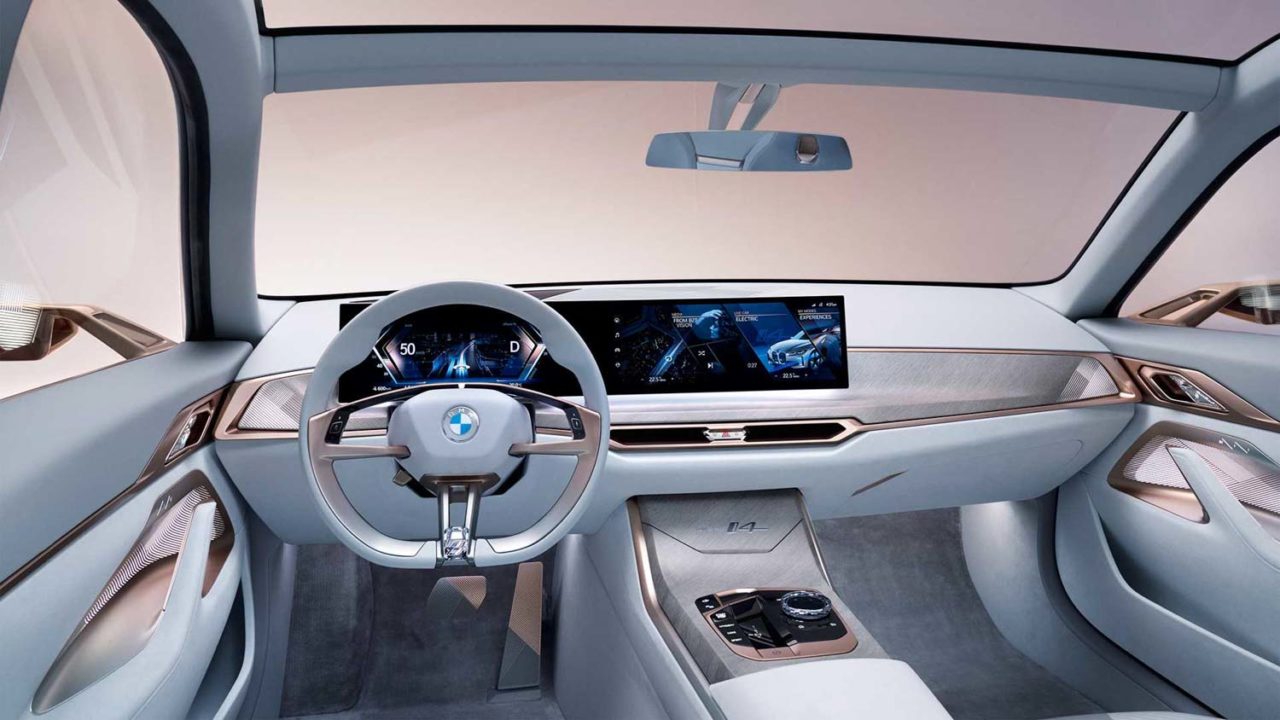 The large-size curved display will showcase the company’s future displays that will be introduced under the iNext moniker. The low-glare screen will reduce the need for having housings to block the light.

The fancy display will offer three different modes that are being called ‘Experience Modes’. The company says this is a preview of its next-generation operating system that will be offered on all its vehicles starting next year. These modes have been named Core, Sport and Efficient. The first of these mode is a tweaked version of the company’s current layout. The Sport mode offers a view of performance readouts such as those of lap timer. The efficient mode shows how the available power is being used by the car to maximize efficiency. 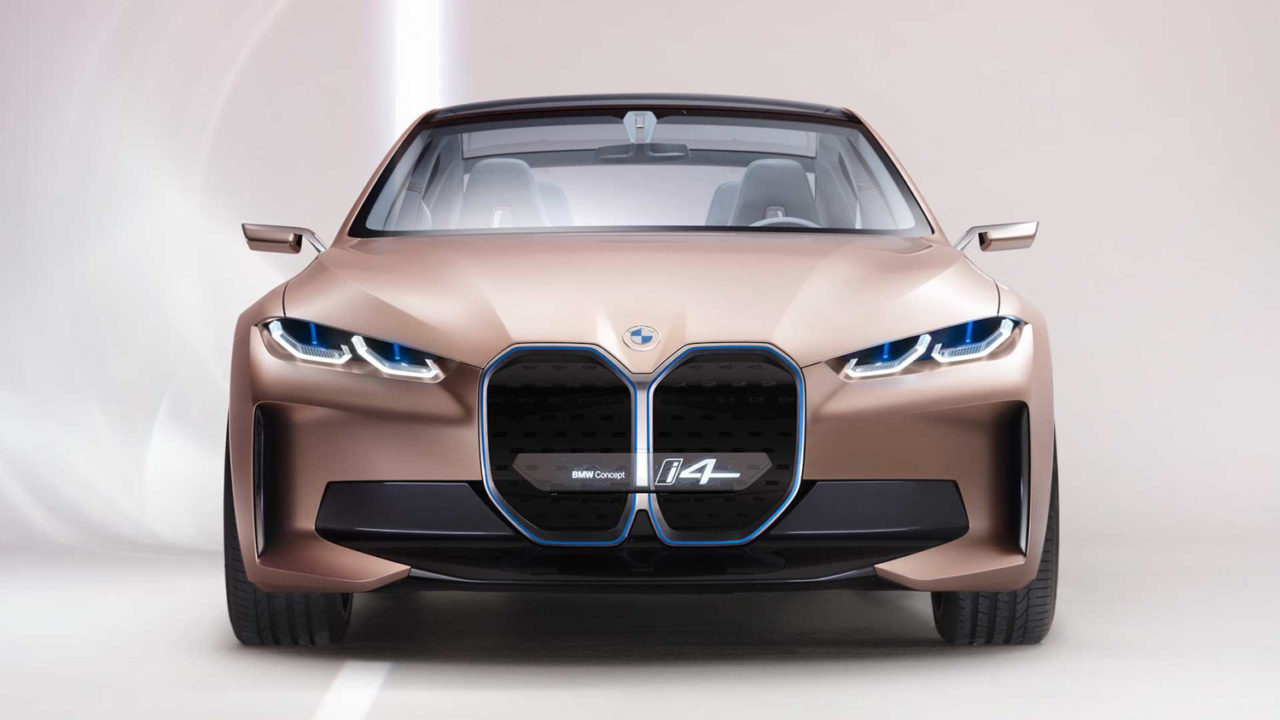 The BMW i4 Concept is powered by a single electric motor that outputs a maximum power of 530hp. It draws its juice from an 80 kWh battery that can propel the battery from 0 to 100 km/h in just 4.0 seconds. The i4 Concept has an EPA range of 270 miles and a WLTP range of 373 miles.