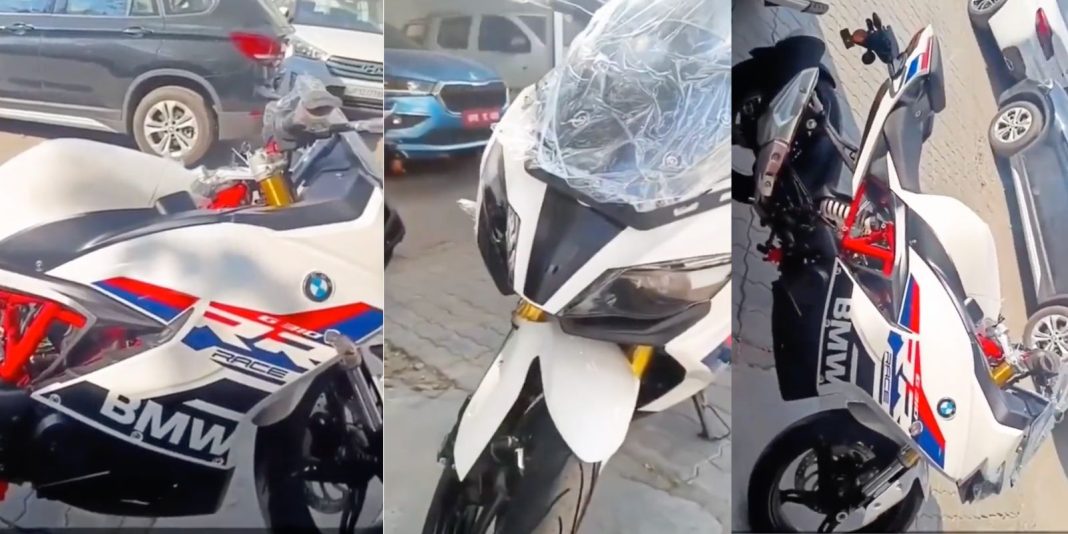 BMW Motorrad is preparing to host the global debut and the market launch of the G310RR tomorrow in the Indian market and over the last few weeks, the official teaser videos and images indicated that it is clearly based on the TVS Apache RR310, which was born out of the BMW-TVS partnership that has seen tremendous success in the global markets.

The BMW G310RR will become the most affordable fully-faired supersport from the brand and it will be positioned between the G310R naked and G310GS adventure tourer. The BMW G310RR has several commonalities with the Apache RR310 but the mechanical bits have been carried over. As for styling, the BMW G310RR has been influenced by the S1000RR.

The reservations of the BMW G310RR have already commenced at authorised dealerships and online. Ahead of its launch, a leaked video emerged on the internet shows all the necessary changes involved in the new motorcycle that will target high volumes in the lucrative space and it will more likely be cheaper than some of its dedicated competitors. 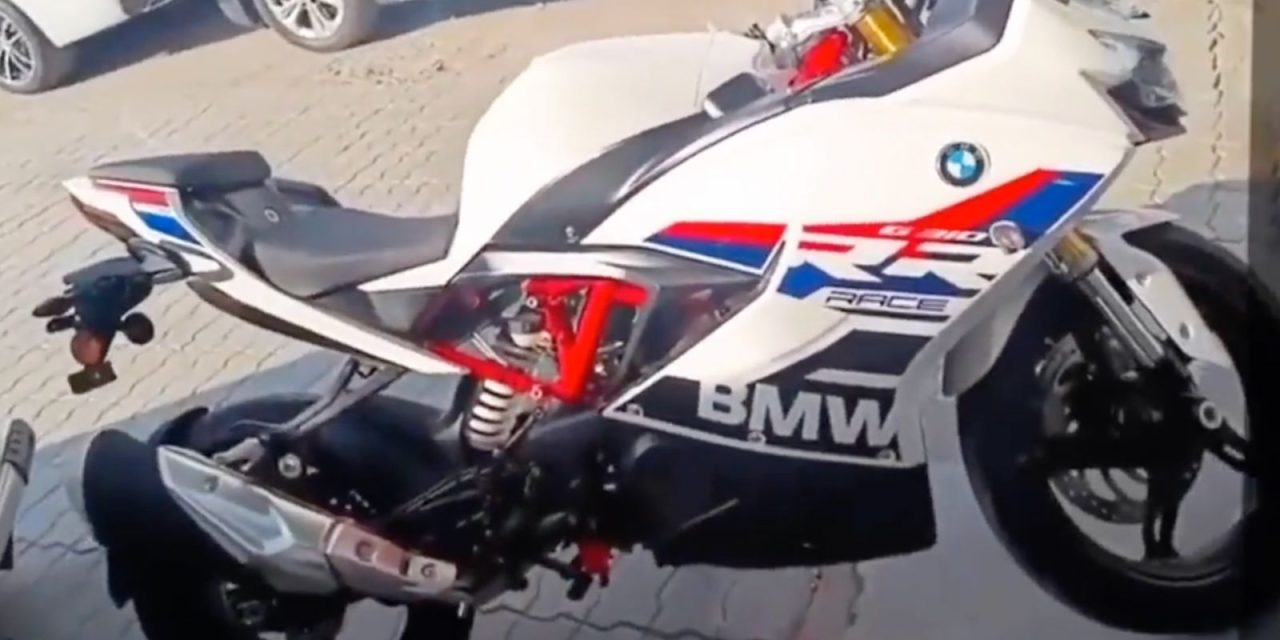 The side-mounted exhaust system has a heatshield while the rear monoshock suspension is painted in white colour and the gold-painted upside-down front forks are expected to be an adjustable unit. The low-set clip-on handlebars and rearward set footpegs appear to have been retained and the rider sits low on the seat in a similar fashion to the TVS Apache RR310.

It must be noted that an angular windscreen, a five-inch TFT instrument cluster with Bluetooth and navigation, etc will be available as well. The metallic black shade similar to what has been seen on the S1000RR will also be retailed. As for the performance, a 312 cc single-cylinder reverse inclined liquid-cooled fuel-injected engine will be utilised.

It is good enough to produce a maximum power output of 34 PS and 28 Nm of peak torque and it will be paired with a six-speed transmission. BMW will also offer front and rear disc brakes assisted by a dual-channel ABS system, different ride modes and slipper clutch as standard with the G310RR.