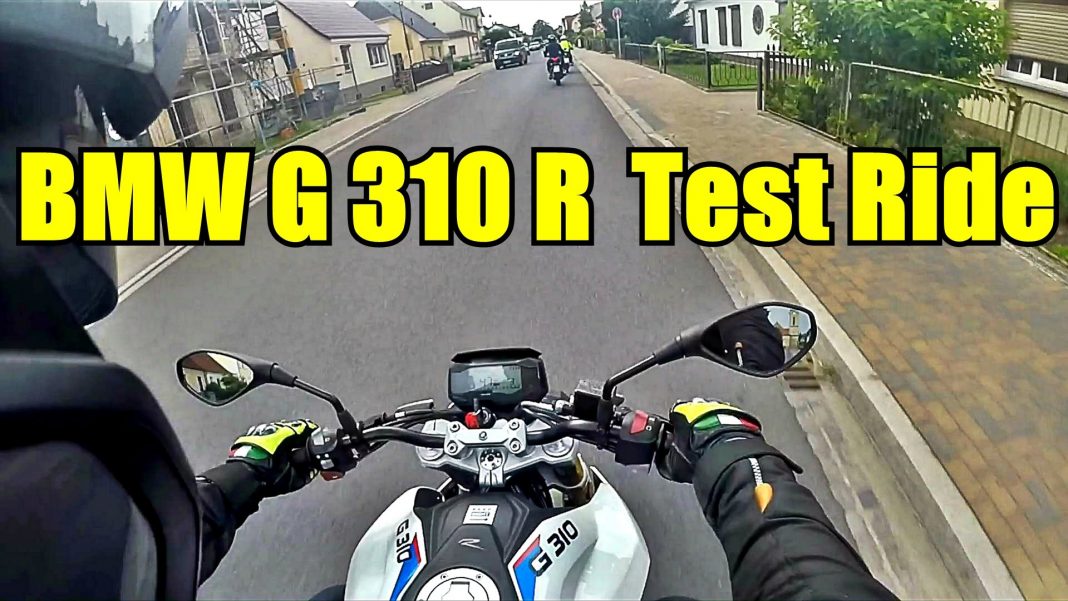 BMW G310R spotted testing alongside main rivals; it is being manufactured at TVS Motors’ Hosur plant in India

BMW Motorrad’s upcoming motorcycle G310R has been spotted testing alongside the rivals like KTM Duke 390 and Yamaha MT-03. The video shows, the motorcycle was being tested somewhere in Russia. The aggressive looking motorcycle is expected to launch in India in 2017. Before that the German two wheeler maker has plan to launch it in 41 global markets including Germany. The motorcycle is being manufactured at the TVS Motors’ plant in India.

The BMW G310R has been designed by the BMW Motorrad. As part of the joint venture the TVS Motors is responsible to manufacture the motorcycle in its Hosur plant in Tamil Nadu. The BMW G310R was first showcased as a concept in Brazil in 2015. In the video the motorcycles in comparison are shown testing their exhausts and accelerations.

Also taking design cue from the BMW G310R will be the TVS’s upcoming motorcycle. The TVS Motorcycle will be designed based on the TVS Akula concept showcased at 2016 New Delhi Auto Expo. The new TVS motorcycle will don an Apache badge.