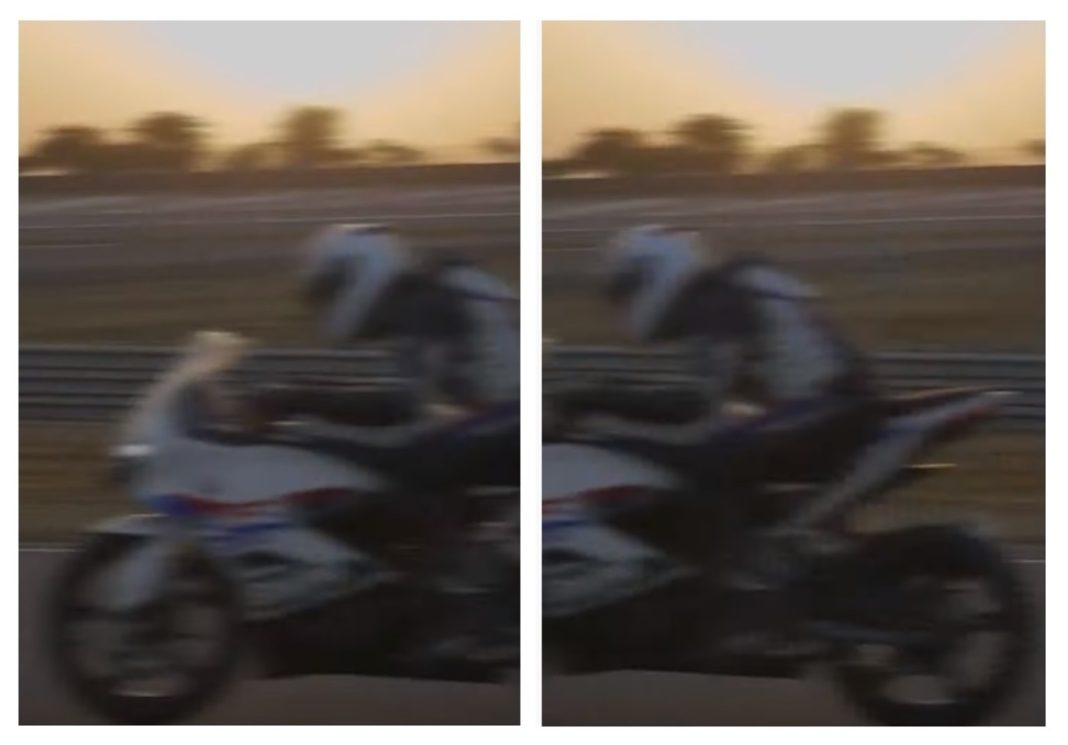 The upcoming BMW G310 RR is set to debut next month, and ahead of that, its teasers have been making rounds on the internet

BMW Motorrad is planning to introduce a new sportsbike in the Indian market soon. The manufacturer has released a few teasers for this upcoming model, and it seems like this new motorcycle is BMW’s version of TVS Apache RR310. While the teasers have kept most of the info under wraps, the available details are quite interesting.

The design of BMW Motorrad’s upcoming 310cc sportsbike – expected to be named G310 RR – looks very similar to Apache RR310. The tail section (including the brake lights) seems to be identical to the TVS, and the alloy wheels are the same as well. Other than that, the latest teaser gives us blurry glimpses of the front fairing.

The fairing does appear to have a few minor changes over Apache RR310. The dual headlamps seem to have been restyled as well, and even the front visor looks a little different. That said, there won’t be any significant changes over the TVS sportsbike, and we expect the level of equipment to also be the same.

The engine will be the same 312cc, liquid-cooled, single-cylinder unit as Apache RR310. This reverse-inclined powerplant, developed in partnership with BMW, belts out a peak power of 34 PS and a maximum torque of 27.3 Nm. The upcoming bike could also get riding modes, the same as its TVS counterpart.

Transmission duties will be handled by a 6-speed gearbox, with a slipper clutch on offer as well. BMW G310 RR will wear the brand’s signature colours – white with blue, red, and violet highlights, which will be its biggest difference over its TVS twin. A black colour option will also be offered.

BMW G310 RR is scheduled to debut on July 15. Also, we expect BMW Motorrad to update its existing 310cc models – G310 R and G310 GS – as well in the near future. They could also get a TFT instrument console, along with a few other additional features.