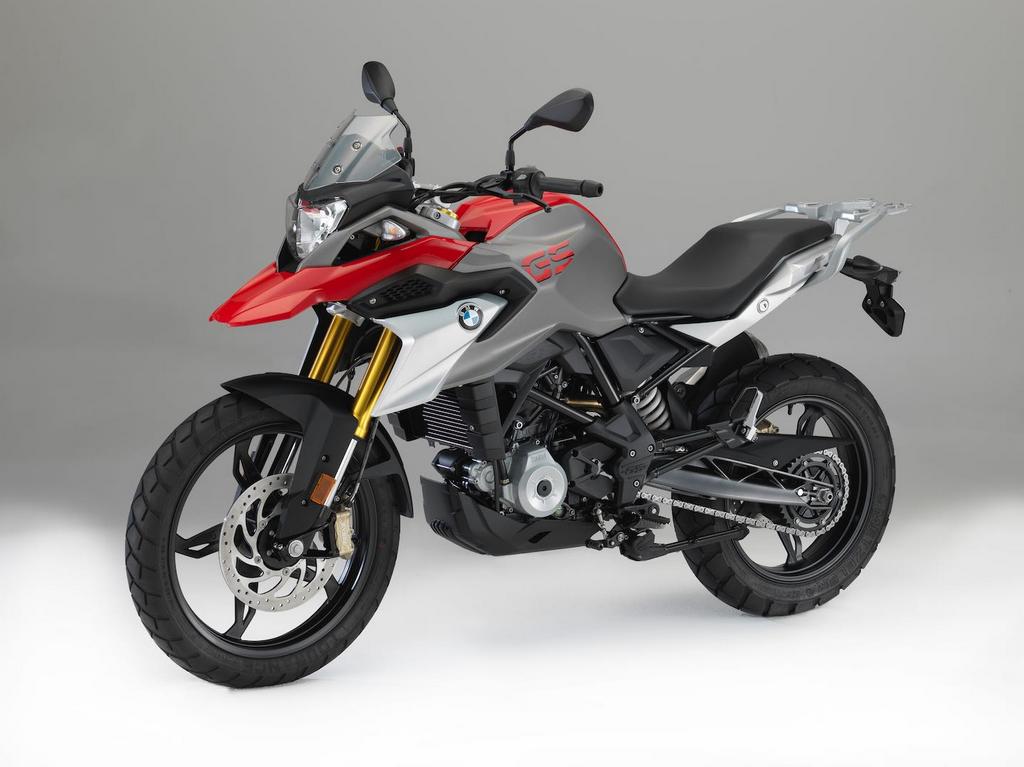 BMW G310GS Tourer is heavily inspired by its larger siblings F700GS and R1200GS; it shares engine with BMW G310R and produced at TVS’ plant

BMW Motorrad is targeting affordable adventure tourer market with an all-new bike. Dubbed as BMW G310 GS, the new mini adventure tourer finally came out of cover and was showcased at the EICMA 2016 in Milan. This aggressive and rugged looking adventure tourer bike will enter the Indian market very soon.

BMW G310 GS has been designed taking inspiration from the German company’s range of GS bikes, specially the F700GS and the larger R1200 GS. The Indian two-wheeler market is growing rapidly, and with changing time, demand for premium and unique bikes is increasing. BMW Motorrad being one of the key players in premium two-wheeler market, cannot ignore such a huge emerging space. 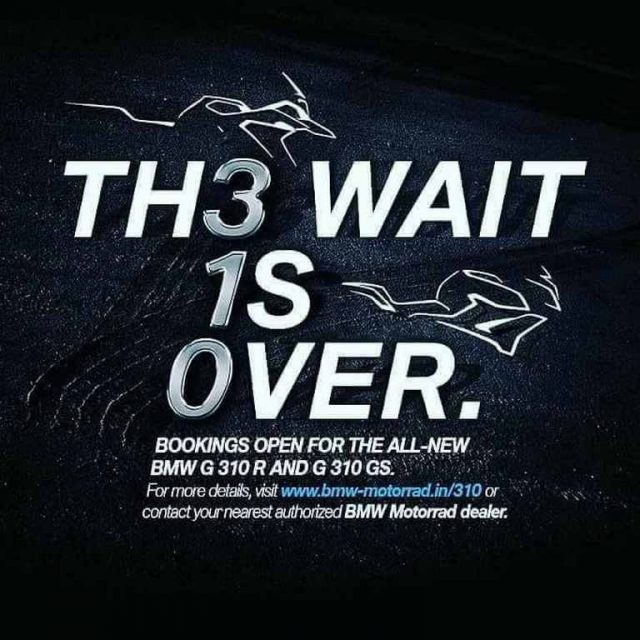 The German two-wheeler manufacturer is also preparing to launch BMW G310R in India, which has been designed and developed at its Munich base in Germany, and being manufactured in India. To keep its manufacturing costs lower and the pricing aggressive in India, BMW Motorrad tied up with TVS Motor Company and is now exporting the bike. The G310R is being manufactured at TVS’ Hosur plant, and the adventure tourer F310GS is also being built at the same plant. Both are widely appreciated for their premium quality, fit and finish. The brand will emphasise the same for our market as well.

The BMW G310 GS shares its power source with the upcoming G310R. In the adventure tourer bike, the engine could have been made to produce some extra power and torque as well but it didn’t turn out to be the scenario. The GS in the bike’s name mean ‘Gelandestrass’, which translates to ‘go anywhere, road or mountain’. With this bike the German two-wheeler manufacturer is targeting budding adventure enthusiasts, and also first time adventure tourer buyers. 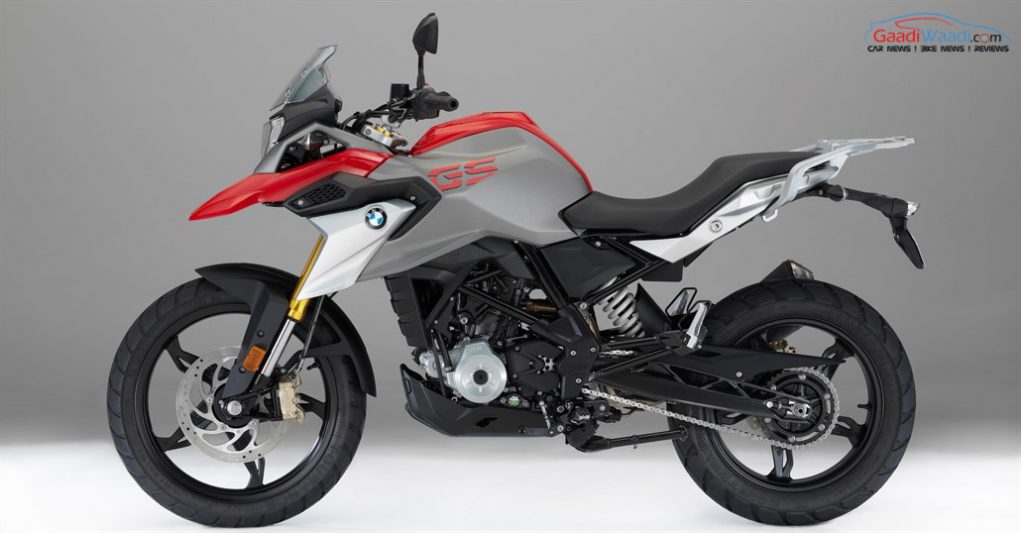 The adventure tourer is making its market entry on the 18th of July with its G310R sibling.

Expect the BMW G310 GS adventure tourer to be priced at around Rs. 3.2 lakh to Rs. 3.4 lakh (on-road). It made its global debut at the 2016 EICMA in Milan and is now made available at several foreign countries including Britain at GBP 5,100. It will be priced more expensive than the G310R. Its bookings have officially commenced at authorised dealerships of BMW across the country for Rs. 50,000.

BMW F310GS shares the same engine with its sibling G310R, which is about to launch in the Indian market soon. Power source for the G310R is a 313 cc single-cylinder, liquid-cooled engine, which is mated to a 6-speed transmission. The engine is capable to kick out 34 PS of peak power at 9,500 rpm and 28 Nm of peak torque delivered at 7,500 rpm. 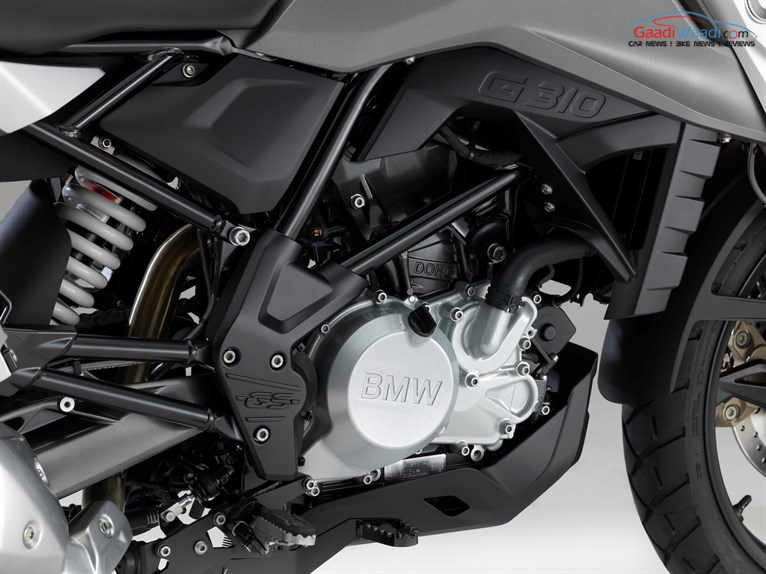 The engine and transmission were expected to get tweaked in the upcoming bike for touring purposes to generate a bit extra power and torque. However, it wasn’t to be the case as same power and torque figures are retained and the fuel economy of this bike is predicted to be around 30 kmpl. It is claimed to hit a top speed of 143 kmph, kerb weight of 170 kg and will have longer suspension travel and higher riding chassis to fulfill its touring character. 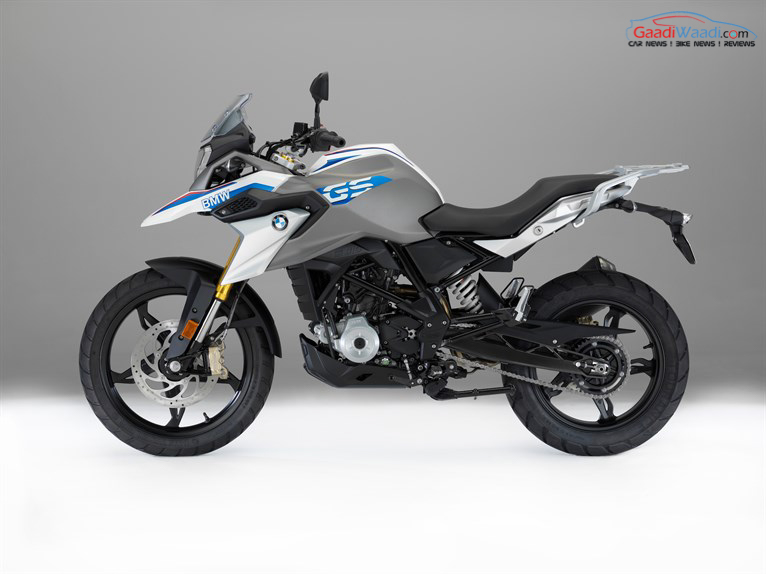 BMW G310 GS sports a rugged and aggressive design, and it is based on the same tubular spaceframe chassis. Taking design cue from its larger sibling F700GS, the bike features sharp headlamp, a muscular 19-litre fuel tank ensuring longer range, which gives it a sculpted appearance. Apart from this, the tail section also comes inspired by F700GS. It is equipped with a tall windshield, wide handle bar, a fully digital instrument cluster. It runs on alloy wheels wrapped with meaty dual-purpose tyres.

BMW F310GS features USD front fork with long 140 mm travel, and rear monoshock with aluminum swing arm which can travel 190 mm. Braking duties in the bike are done by 300 mm front disc and 240 mm rear disc, which are combined with dual-channel ABS. While the global model gets two-channel ABS as standard, the Indian spec model could get it as an option. The G 310 GS rolls on a 19-inch front wheel and a 17-inch rear, both alloy. Both wheels are shod in Metzeler Tourance adventure-touring tyres. 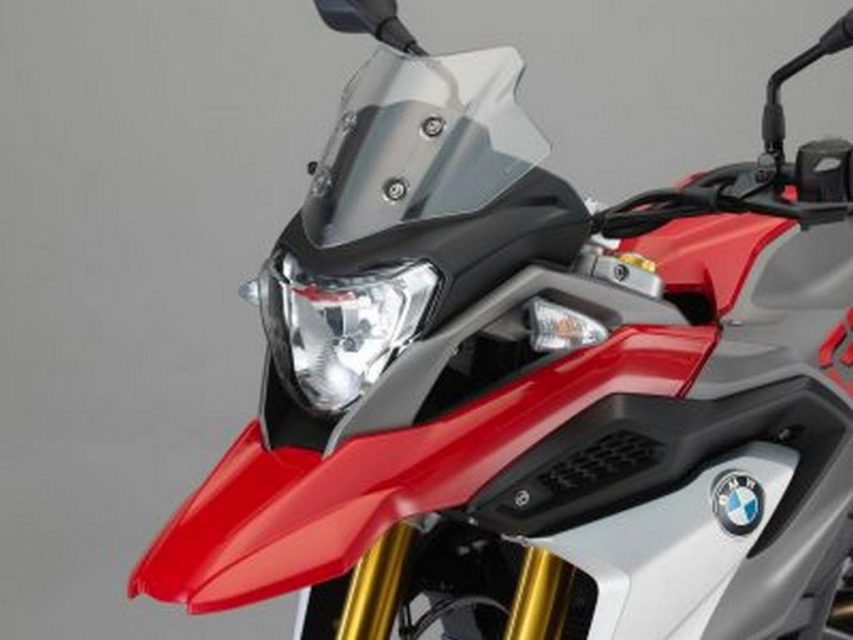