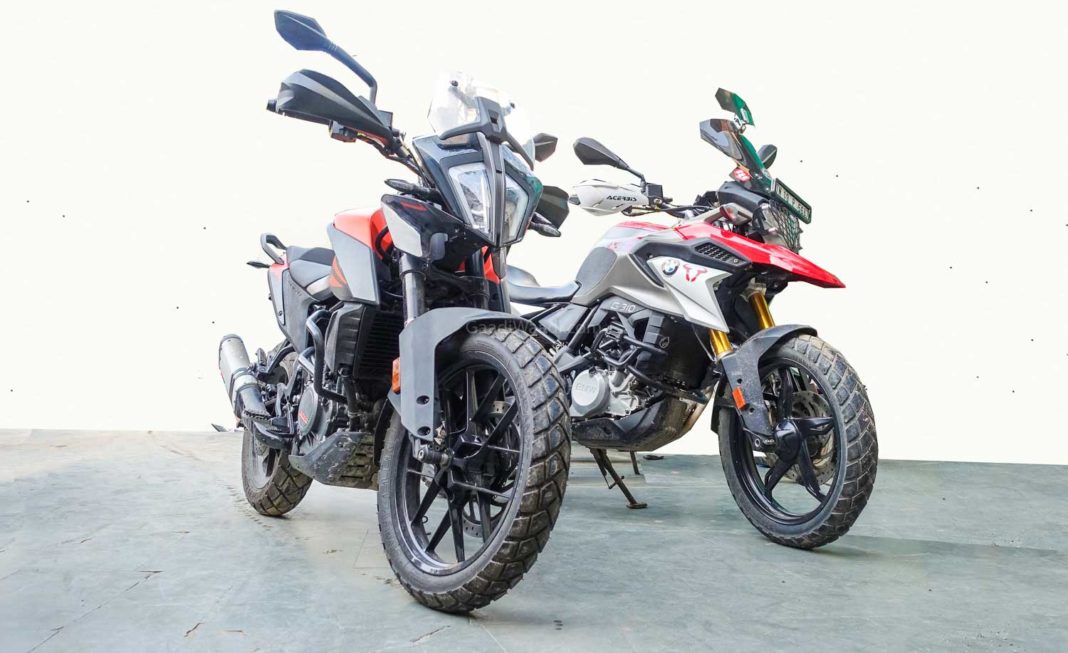 KTM India’s 390 Adventure is one of the most talked about motorcycles in recent times and it took years to arrive. The Austrian manufacturer went all in with the adventure bike and priced it highly competitively at Rs. 2.99 lakh (ex-showroom) with loads of assistive technologies to boast about including Traction control, switchable ABS, cornering ABS, quick shifter and others.

The 390 Adventure has the BMW G310 GS as its biggest rival. The G310 GS is priced substantially higher than the 390 Adv despite being manufactured in India and it has been a little disappointment considering the package it offers compared to the 390 Adv. The G310 GS did raise eyebrows as the model produced locally is sold at a lower price tag abroad than in India.

The G310 GS also makes lesser power and torque and it does not come with notable electronic aids compared to the 390 Adv. While the dual-purpose adventure motorcycle from KTM is a thorough winner on paper, is it any better when pitted against G310 GS on the road?

An owner of the G310 GS has all your doubts in minds answered and you can see that in the video attached below. Aditya Vijayaraghavan hails from Chennai and he currently lives in New Delhi. He is one of the first owners of the BMW G310 GS and has ridden thousands of kilometers with it. He explains how the motorcycle is to live with on everyday basis and the services it had been through.

He doesn’t appear to be biased as he has ridden both the motorcycles and in the video you can see his honest opinions. From the seat height to riding behaviours of both the BMW G310 GS and KTM 390 Adventure were explained clearly.

Even though he liked some of the bits in his motorcycle over the 390 Adventure, there are obvious things that had to be accepted such as the ridiculously high service costs involved and the costs of accessories on the unimaginably premium side.