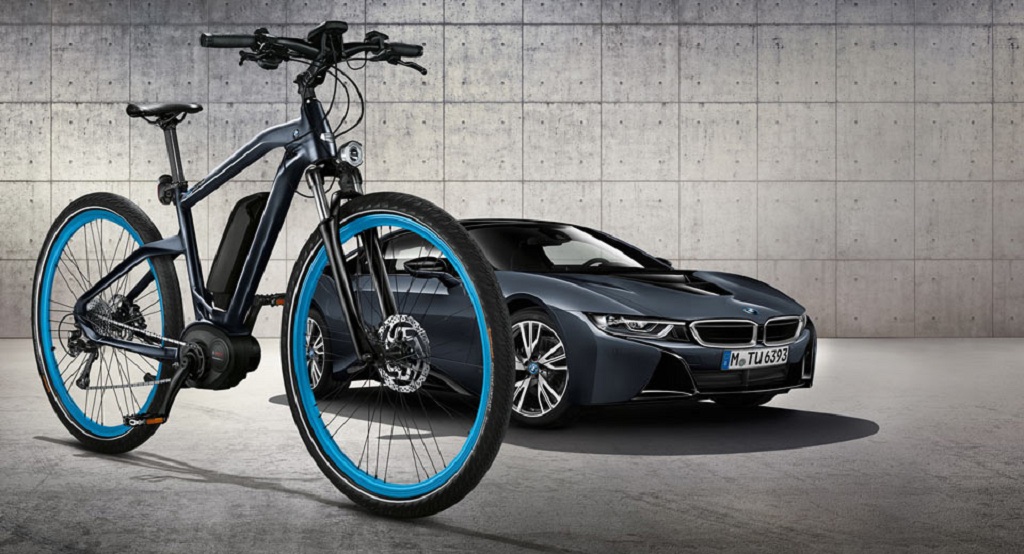 Only 300 units of the BMW Cruise e-Bike will be made; comes equipped with a special hybrid drive comprising four different ride modes

The German luxury manufacturer has been on a spree of late by launching limited edition bikes and the latest addition is the Cruise e-Bike Protonic Dark Silver. This nomenclature might ring some alarms because the e-bike takes inspiration from the BMW i8 Protonic Dark Silver electric sportscar. It made global premiere at the recently concluded 2016 Paris Motor Show. The similarities between the sportscar and the e-bike are the same exclusive paint scheme and the Electric Blue finished wheel rims.

It is developed by BMW’s Lifestyle branch and to maintain exclusivity the e-bike is limited to just 300 examples. Each piece will be accompanied by a special badge and a certificate. It will be sold at selected retail outlets and will cost at $3,925 (Rs. 2.61 lakh). BMW says the colour shade is not the only element shared with the electric sportscar as the new limited edition bike also comes equipped with a special hybrid drive. Like the revolutionary i8, the German automaker has introduced four different riding modes on the bike such as Eco and Turbo putting emphasis on the 400 Wh battery helping rider in pedaling. With electrical pedal assistance, the Cruise e-Bike Protonic Dark Silver can reach a maximum speed of 25 kmph and it features a ten gear system ensuring ideal transmission when riding steep slopes or doing dynamic sprints on the flat terrain according to the brand in its endorsement.

As BMW continues to explore electric mobility solutions, it is planning for a significant movement internally codenamed as iNext. The all-new electric vehicle is said to be known as i5 or i6 and expected to hit showrooms by 2021 according to reports emerged on the internet. Alongside the new electric powertrain, the new model will come equipped with the most advanced autonomous BMW system. The i sub-brand made BMW realise the potential of carbon-fibre construction. Despite it being highly expensive, BNW did put the lightweight material into mass production and harbingered a future revolution. Resultantly, the project iNext or the i20 will be utilising the evolutionary hybrid aluminum and steel combination structure used in existing BMW vehicles with recycled carbon fiber used in possible situations.