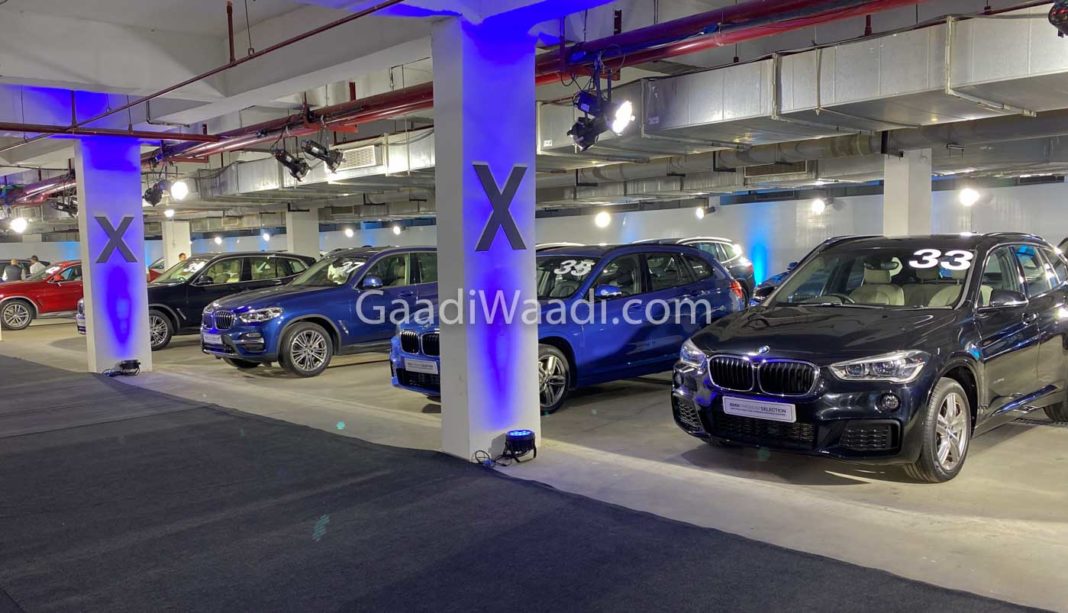 A range of BMW vehicles including sedans, SUVs, crossovers and adventure motorcycles used by the brand are available for bidding

BMW India has announced open bidding for the company-owned vehicles and participants need to pay an entry fee of Rs. 3,000. It will be hosted at BMW Group Training Centre, Sector 75, Gurugram, Haryana. BMW has listed a range of models used by the brand itself. 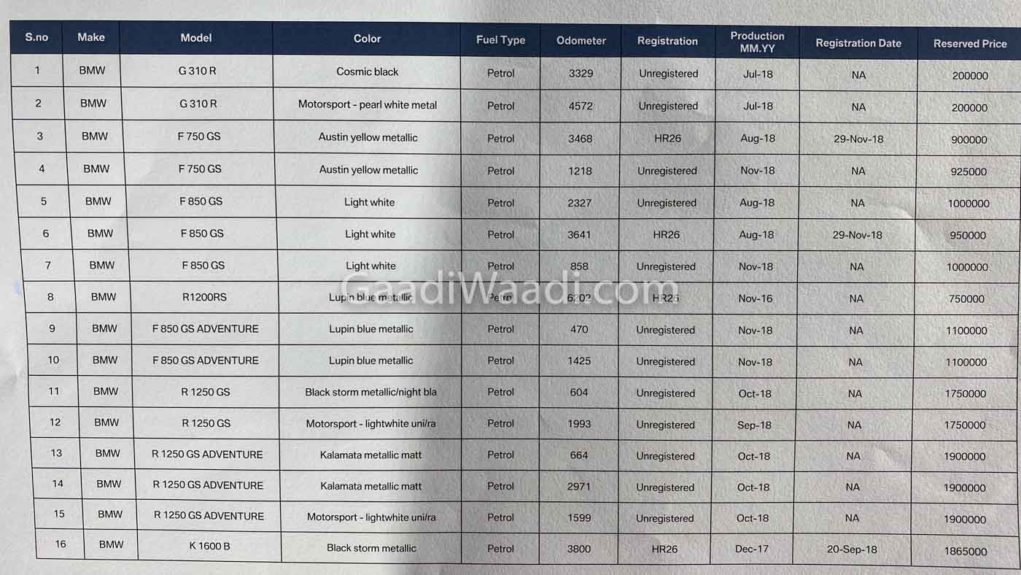 BMW has mentioned that non-refundable deposit of Rs. 3,000 is applicable for each interested vehicle. Sticking by ‘As is where is’ basis, the company will sell the vehicles through its authorised dealerships present across the country and more information can be learned from the bidding form. 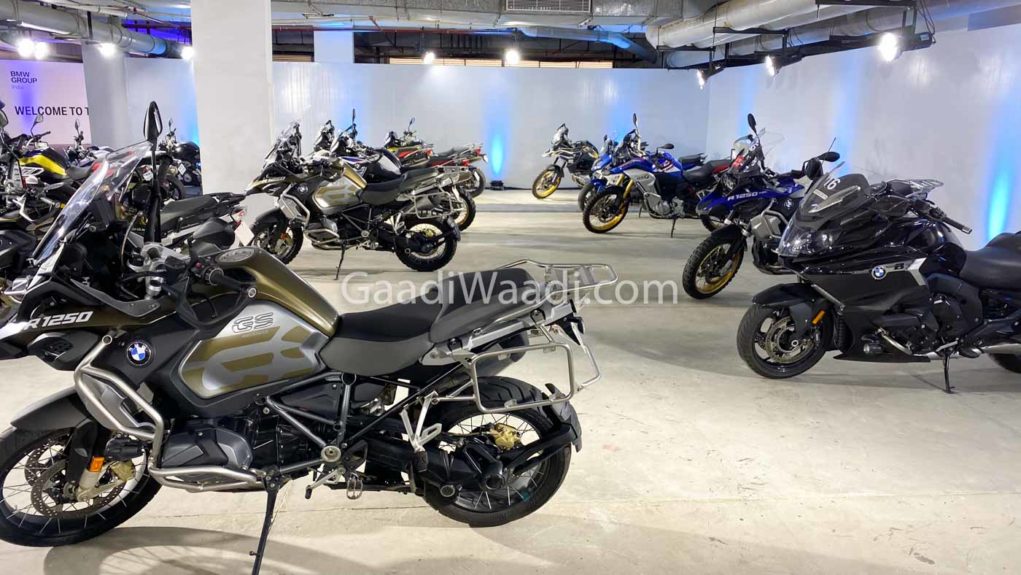 The sedans and SUVs/crossovers listed above are available in both petrol and diesel variants. While some of the vehicles are unregistered, others are already Haryana registered. BMW has revealed the colour, fuel type, odometer reading, production month and year, registration date (if any) as well as reserved pricing for each vehicle. 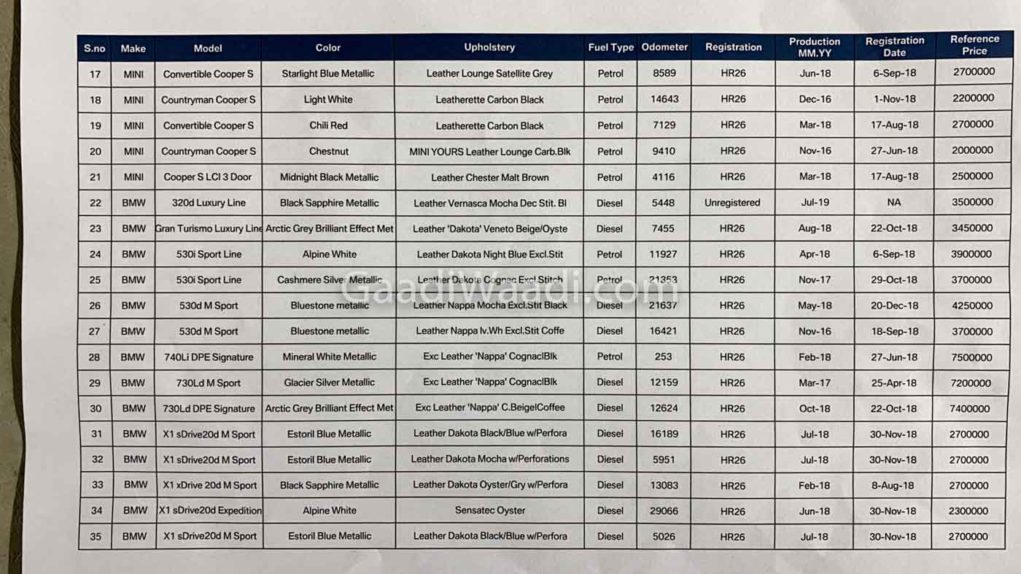 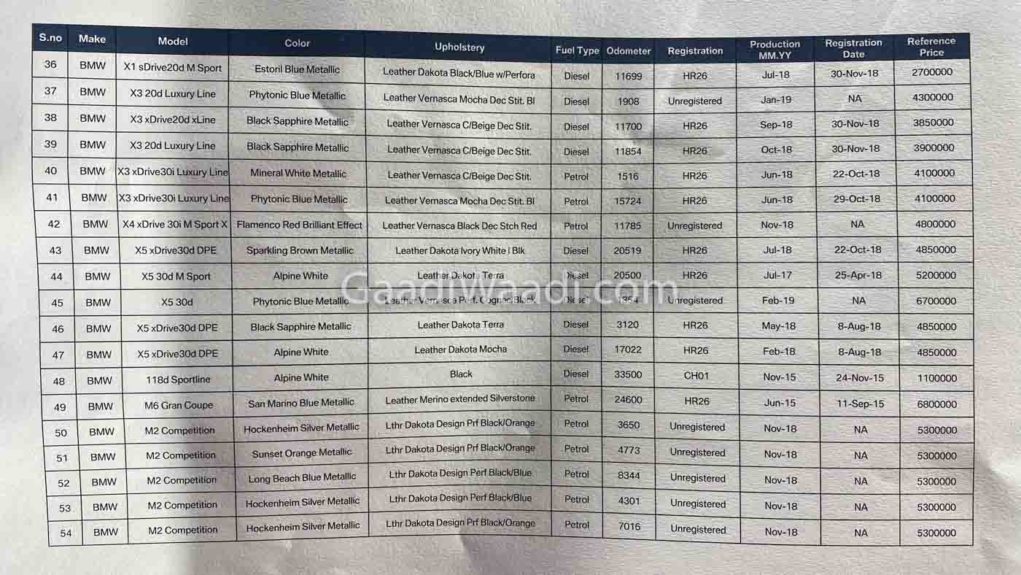