Gaadiwaadi.com
Home Cars News Blacked Out Seltos Is All That We Needed From Kia Next 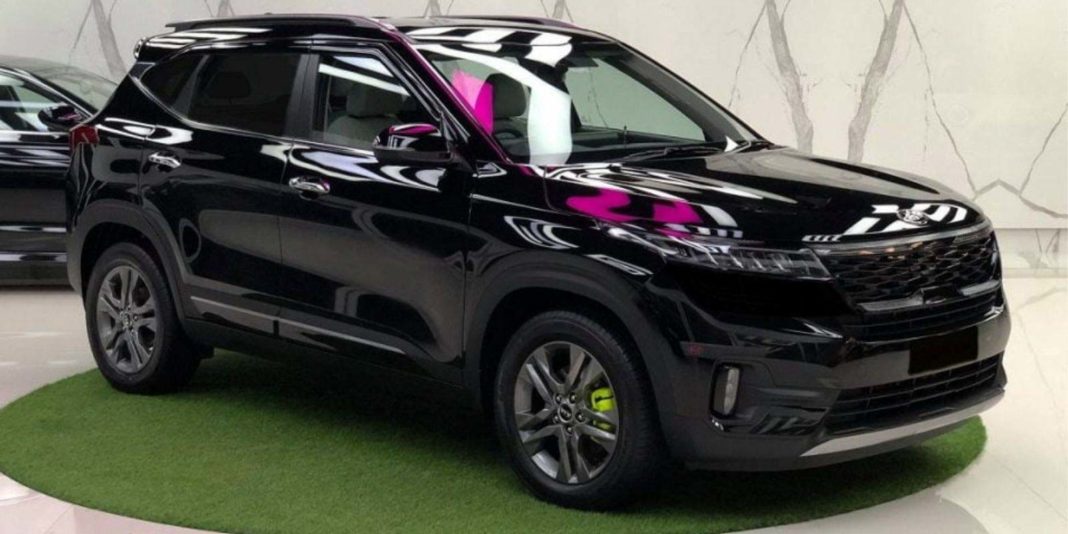 Kia Motors India has been reaping benefits from the Seltos since its launch in August 2019. The Seltos has recently been joined by the Sonet as the brand’s SUV lineup has been strengthened. Just as the Seltos, the Sonet gets wide powertrain options and a long list of features meant that it appeal to a large band of customers domestically.

The Seltos, in particular, has been well received for its feature packed nature and when it arrived, it was the most advanced mid-size SUV with a host of connectivity features. Moreover, the design details of the Seltos are another attractive proposition in the Seltos as Kia followed its global styling philosophy with sharp elements.

The five-seater is offered in GT Line trim with contrast red highlights to differentiate itself from the regular model and it has worked wonders as majority of the buyers are either preferring mid-spec or high-end trims. In recent months, we have seen automobile manufacturers coming up with special editions.

Besides the limited editions, the carmakers are also expanding the lineups of their popular passenger cars by adding new trims and variants. Tata Motors’ Harrier Dark Edition carrying a black themed exterior and the Ford Endeavour Sport edition with black accented design elements have become more popular among customers.

Here we have shown you a blackened Seltos in a hope that Kia would give it a similar treatment one day. The picture was posted on a Facebook group and it indicates the dark themed design elements of the front fascia. The customised Kia Seltos comprises of smoked out headlamps, black Tiger Nose front grille and even the Kia badge in black colour.

The bordering accents, fog lamps, bumper, grille inserts and the air intake portion are done up in black elevating the visual appeal of the black body colour. The ORVMs are also painted in black and presumably the rear end is also given the same treatment, as the black pillars, the roof rails and the roof do get the same theme.