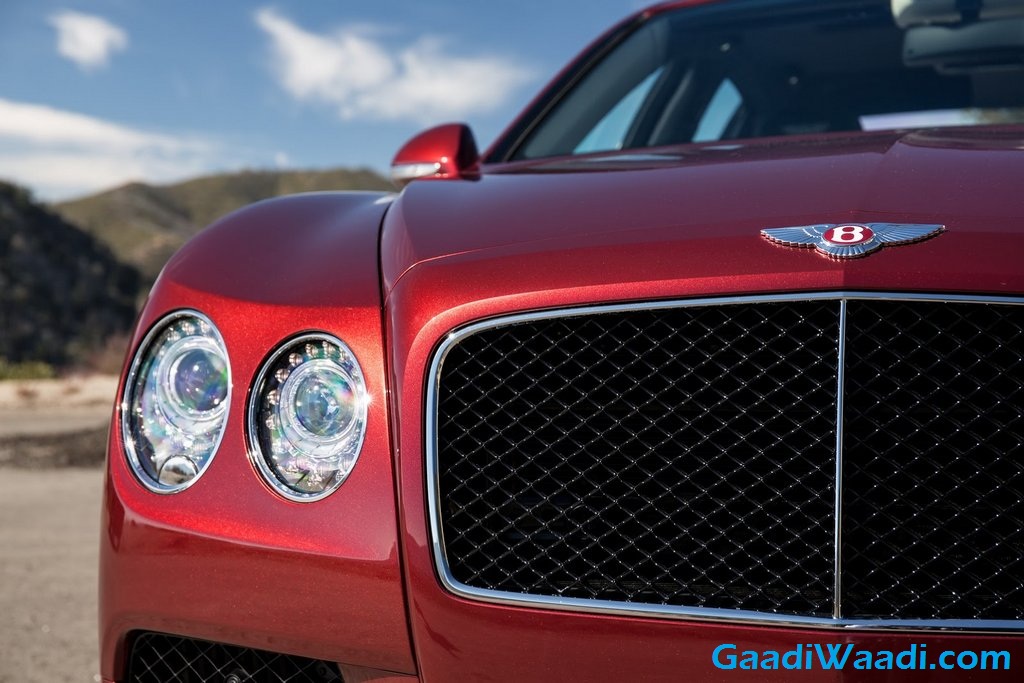 Positioned between the base V8 model and the W12-engined range-topping variant, the new Bentley Flying Spur V8 S has been launched by the British manufacturer. It comes featured with larger 20-inch alloy wheels, dual-tone leather seats, contrasting stitching with roof centre bow and piano-black wood veneers to stand apart from the other Flying Spur models.

The customisation level has been nothing short of impressive as it gets a prominent criss-cross black grille up front, glossy Beluga diffuser fitted at the rear along with meaner dark colour treatment several elements. The Bentley Flying Spur V8 S is packed with shinier wing mirror covers, dark tinted lights and 21-inch six-spoke Mulliner Driving Specification steering wheel. 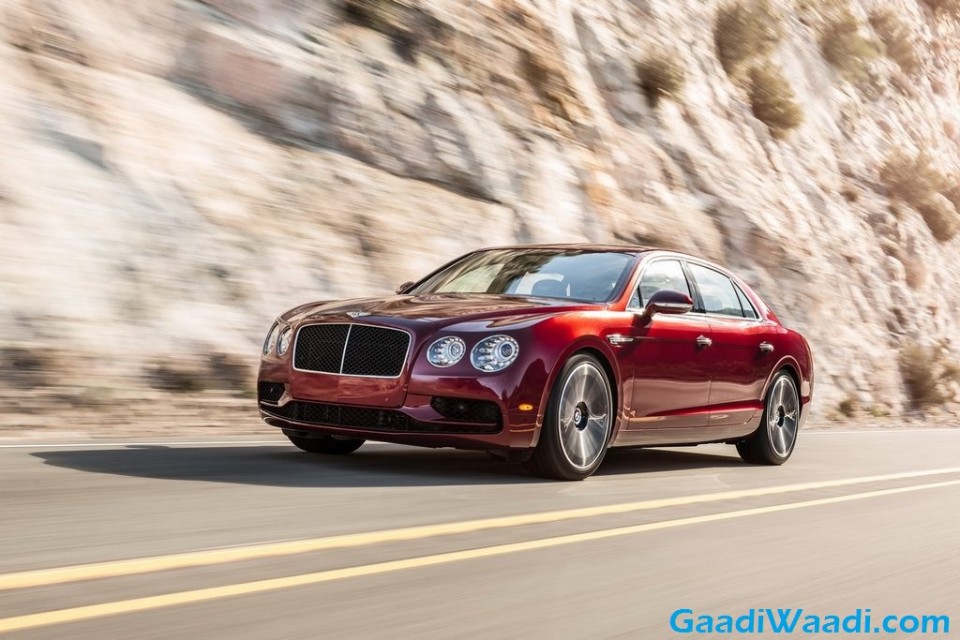 Making its world debut at the 2016 Geneva Motor Show in less than two weeks, the Flying Spur V8 S has a new touch-screen remote that aids in controlling the infotainment as well as climate control systems for rear passengers while Rear Seat Entertainment system option will keep the occupants at the back engaged.

The Bentley Flying Spur V8 S derives power from the 4.0-litre twin turbocharged V8 unit which was tuned to develop a maximum power output of 521 bhp and 680 Nm of peak torque. Compared to the standard model, this is about 21 PS increase in engine power produced with basically the same mill as the Continental V8 Coupe. 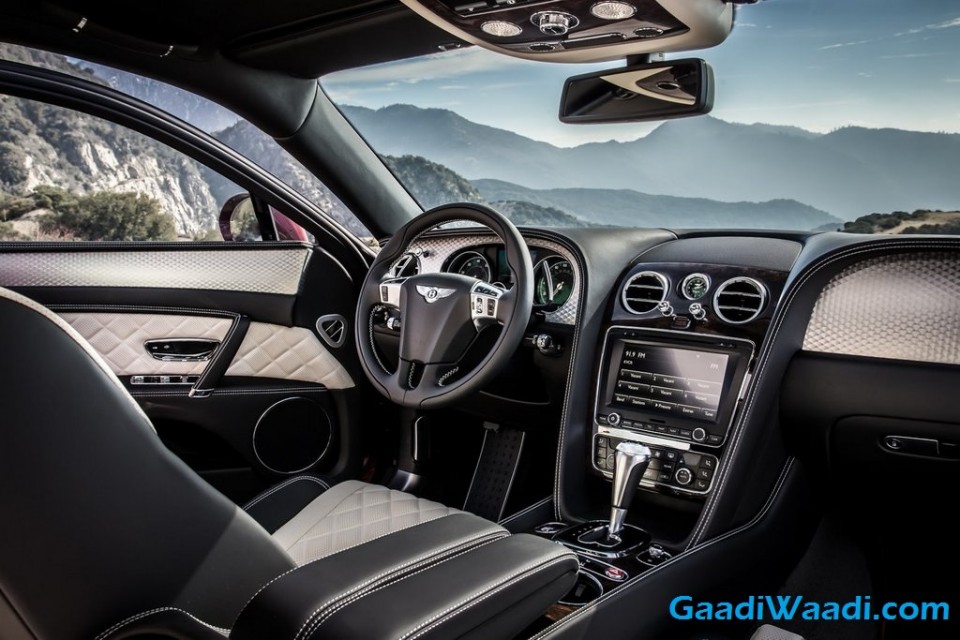 The upgraded engine will result in the Flying Spur V8 S to get from standstill to 100 kph in just 4.9 seconds – three tenths quicker than the stock model. The pumped up V8 motor also helps the new Bentley to achieve a top speed of 306 kph (190 mph), a 7 mph up on the regular Flying Spur. The hike in performance hasn’t come at the expense of mileage as the powertrain can still propel the luxury vehicle to cover a distance of 837 km on a full-tank of fuel.

Bentley engineers have been successful to control the emission levels as the V8 S is claimed to emit 254 g/km of CO2. The driving dynamics has certainly been improved courtesy of the tweaks made to engine and drivetrain. The company claims that the V8’s massive power can be accessed from lower rev range and adjustments to other mechanical systems have made the throttle more responsive. 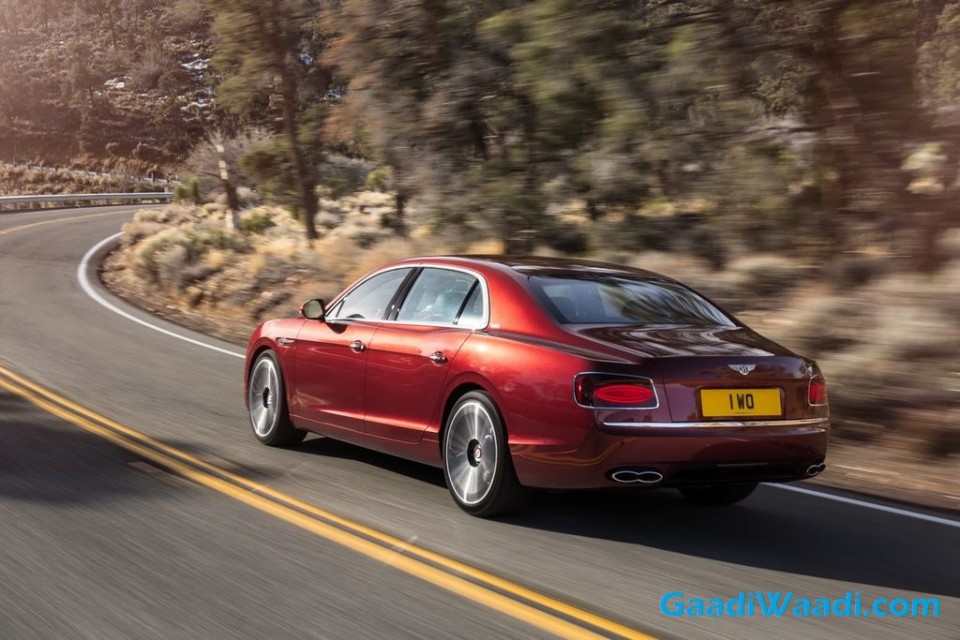 Power is transmitted to all the four wheels through an AWD system and an eight-speed ZF automatic transmission with 40:60 torque split between front and rear. Updates to suspension meant that the handling becomes much more responsive. The optional extra list consists of semi-aniline hide, straight fluting feature for leather seats, diamond quilting pattern on Mulliner Driving Specification, etc.