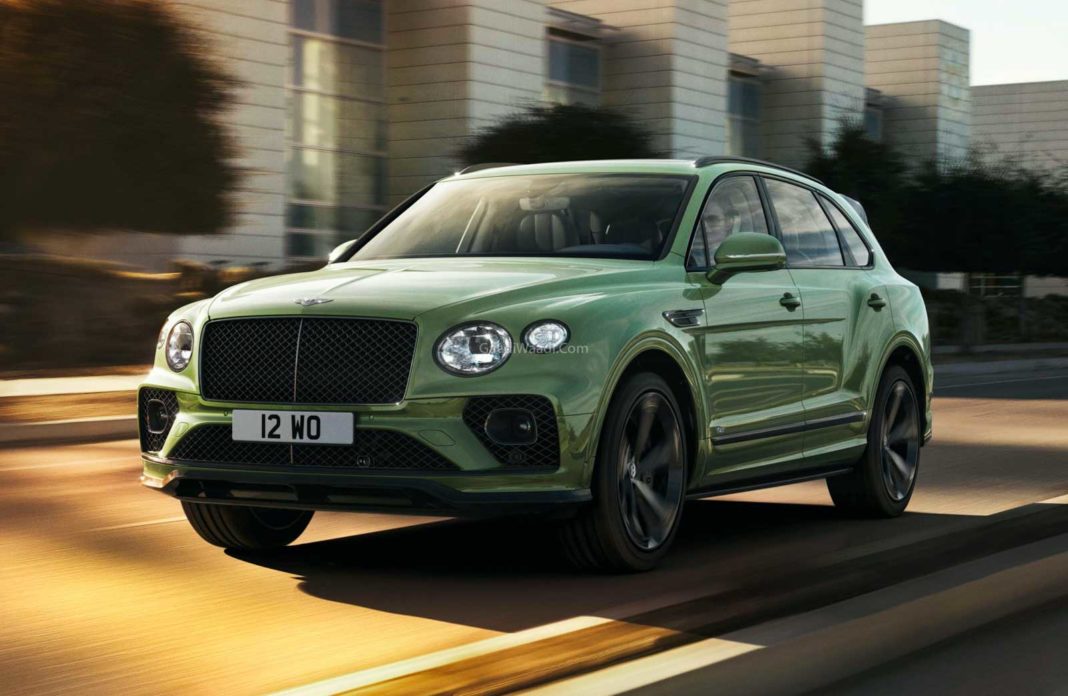 Bentley’s First-Ever SUV was quite a brilliant success by luxury car standards, prompting the company to launch a mid-life update.

Bentley has officially unveiled the mid-life facelift for the Bentayga, with sales expected to begin in the coming weeks. The car had been spotted numerous times during road tests, wearing partial camouflage. Now, we finally have the official pictures to see where the changes lie. All the major updates are limited to the styling and the features list.

The front end of the features a larger grille design than before, along with new Matrix LED headlights. The design of the 22-inch alloy wheels is also sportier-looking than the previous model, with a 10-spoke design. The rest of the side profile, however, is the same as before. The exterior dimensions are also the same, except for the rear track width, which has increased by 20 mm.

At the rear, we see that the tail hatch of the car is now wider, covering the entirety of the breadth of the car. The roof-mounted spoiler is also bigger than before. The taillights are elliptical, with a unique eye-shaped design, similar to the current Continental GT. 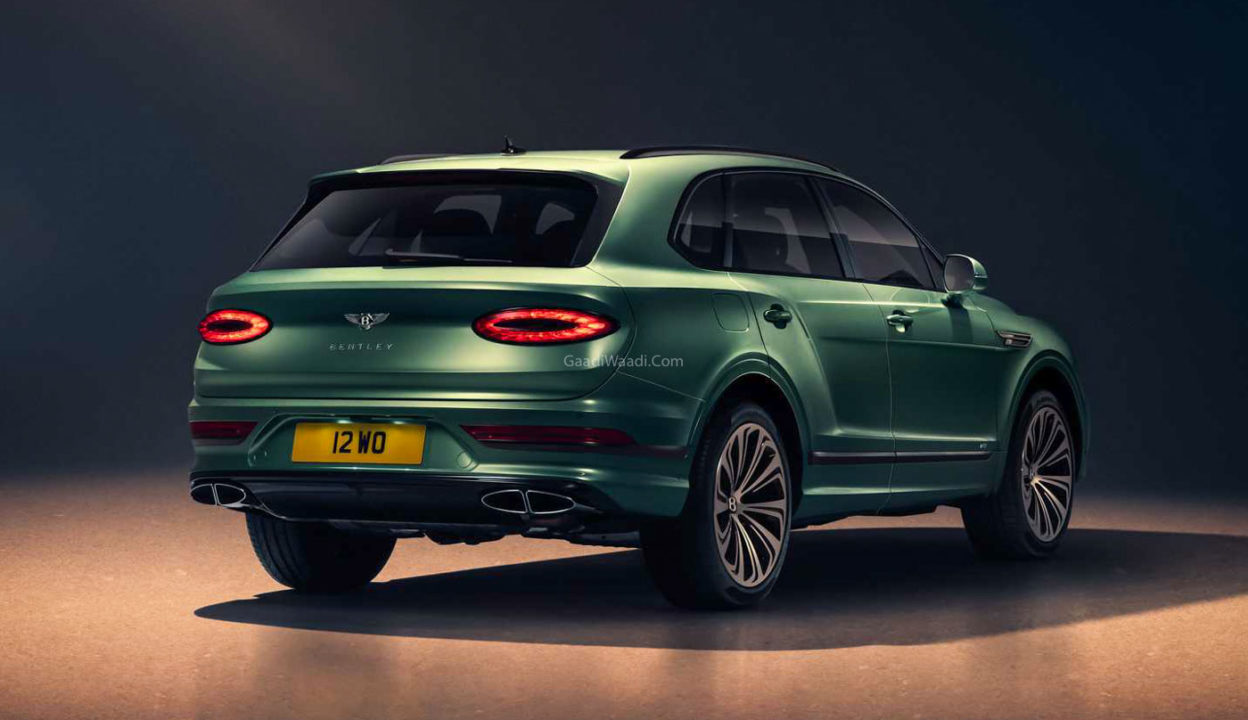 Inside the cabin, the biggest noticeable change is the new 10.9-inch “Super HD” touch screen infotainment system, with built-in Apple CarPlay and Android Auto connectivity. The steering wheel, door trims, and the seats, are all sourced from the Continental GT and the Flying Spur. The centre console’s design has also been revised, and you get brushed aluminium finish on the knobs and switches.

In place of the analogue dials, the Bentayga has a fully-digital instrument cluster. Apart from that, the first- and second-row seats are all ventilated for additional comfort, and the rear seat passengers get a 5-inch touchscreen tablet as a remote control for the infotainment system. The car has an e-SIM for data services, and you also get wireless charging and multiple USB-C ports. The rear cabin space has also improved, thanks to the scooped front seats. 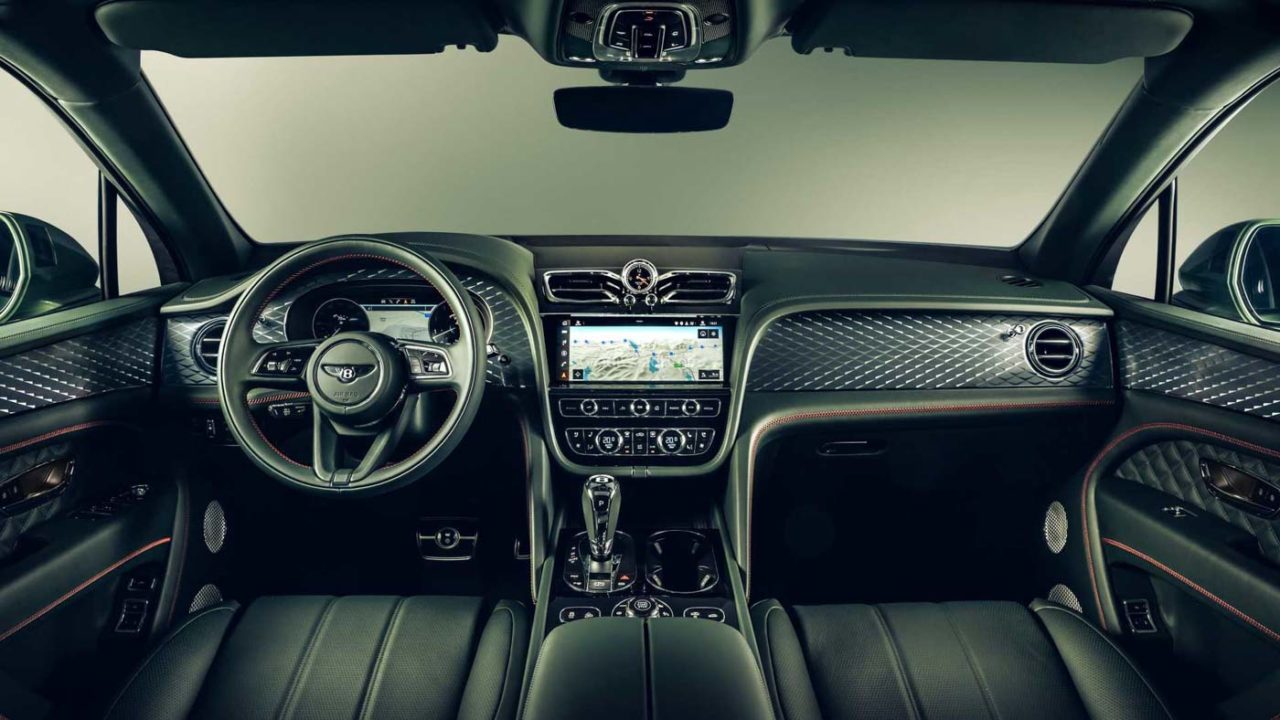 The engine options on the Bentley Bentayga facelift are currently only limited to the 4.0-litre twin-turbo V8. This motor produces 550 PS and 770 Nm, and comes mated to an 8-speed gearbox and AWD as standard. A 6.0-litre W12 will be added to the line-up later (on the Bentayga Speed), along with a plug-in hybrid powertrain.