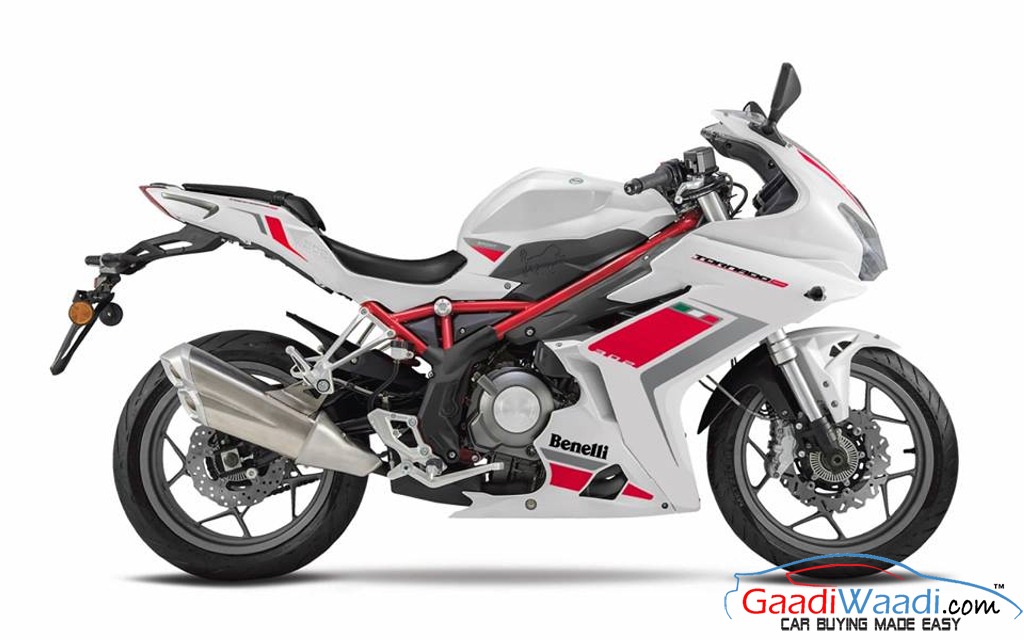 Benelli Tornado is a fully faired motorcycle based on the TNT 300, Looses weight and power, but gains emissions norms approval

Benelli promised five new models for EICMA and all of them are set to come to the Indian market soon. All of them are low capacity motorcycles such as this 300 and other 500 and 250cc motorcycles. The Tornado has turned to be even more likeable motorcycle than the 300 as it looses 16 kgs of weight over the naked model which is definitely an applause worthy feat. Styling wise, the front is the single piece headlight which does look futuristic.

Fairing on both sides could have been better. Exhaust is a better looking unit and the rear is a striking unit which should help it grab attention. White and red livery is quite good and suits the motorcycle well. We expect a tech loaded instrument cluster as well.

At 180 kgs when compared to 196 kgs, the bike is lighter and significant more quicker and economical figures than before shouldn’t be a problem. 2016 Benelli Tornado 302 is powered by the 300 cc liquid-cooled inline twin-cylinder engine with 4-valves with a DOHC setup. However, the engine on the 2016 Benelli Tornado 302 featured has a different output.

The motor produces 35.4 PS at 12,000 RPM instead of 11,500 RPM. 27 Nm at 9,000 RPM is same as the naked version. All of this makes the bike meet emission norms and exhaust quieter. There will be track oriented exhaust offered at the dealership which will take the power to 40 PS. Good news after all.

Chassis wise 50:50 weight disturbing has been achieved. Suspension units remain the same as the naked variant with better damping characteristics. 41mm USD forks and a rear shock adjustable for preload is a standard affair found here as well. 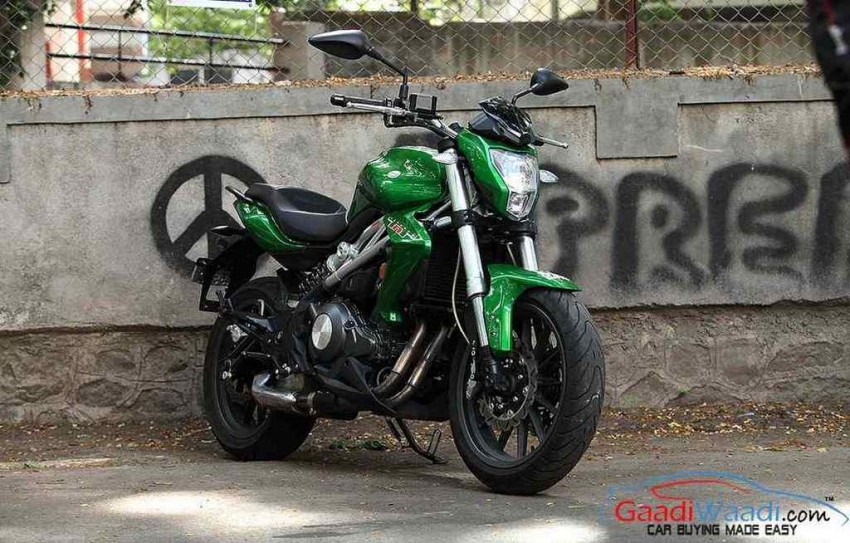 260mm disc plate which is floating along with 4 piston caliper brake up is at the front. Meanwhile the rear has a single 240mm disc with a single piston caliper. ABS as an option is available. Will see if it makes it to India. Model showcased here has Metzeler tyres with 17 inch wheels which have KTM Duke size tyres slapped on them. India launch happens before April 2016.