Gaadiwaadi.com
Home Cars News Believe It Or Not – This Mini Cooper Is Actually A Modified... 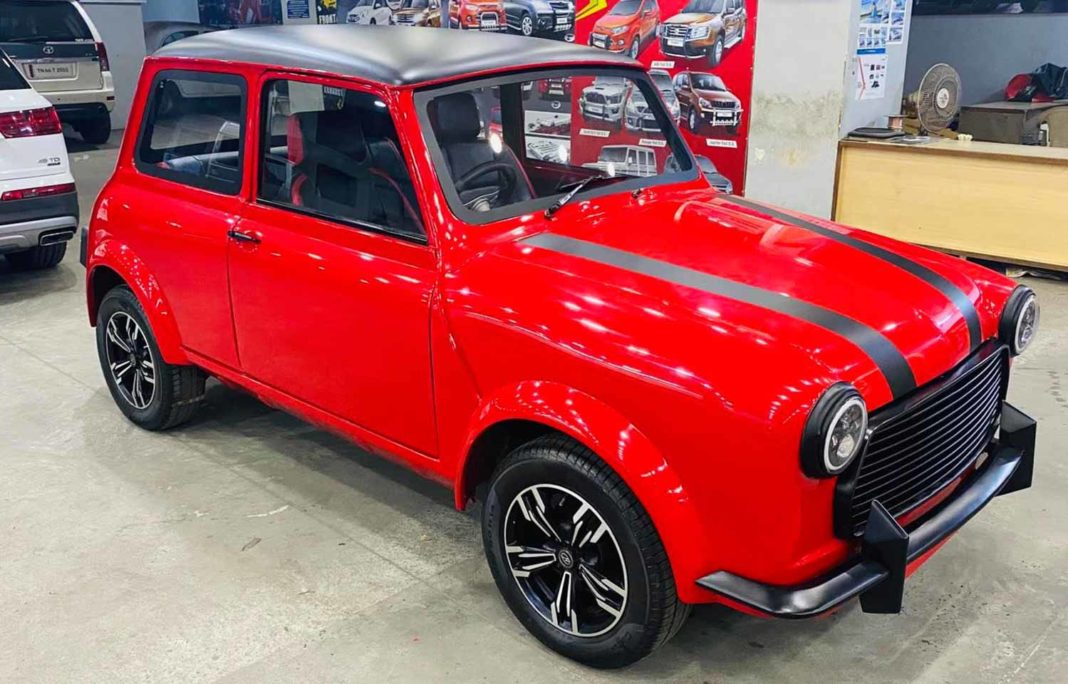 From serving the affluent class as its daily workhorse to being a public transport option as the popular ‘kaali-peeli’, the Fiat Padmini Premier was once the staple of Indian road users

The Fiat Padmini Premier was in production from 1964 to 2000 but will stay in the memories of many for many more years to come. It used to be the ‘go to’ option for many car buyers, most of which used to be considered affluent class back then. Also, it has served as the Mumbaikars as their local taxi until recently. It has also been raced and modified by the enthusiasts from the previous generation.

Even today, there are some who have restored the old sedan and have preserved them in pristine condition, while there are others who have made some modifications as per their tastes. However, a car that we’ve come across recently has totally blown our socks off as it’s not every day you stumble upon pictures of a car modification as well-executed as the one we’re going to discuss.

Basically, the red hot classic Mini Cooper you see on this page is actually a modified Padmini Premier, no, we kid you not! Done up by Sun Enterprises, this car started life as yet another Fiat Padmini Premier, until, of course, the skilled craftsmen decided to chop off the boot of the Fiat Millecento aka Premier Padmini. Yes, even the rear doors had to be sacrificed, while the rest of the body had to undergo a major overhaul to mimic the highly iconic city car.

That said, the nose didn’t need extensive modification as the classic look of the Padmini’s front fascia belongs to the same era as the original Mini Cooper. However, the bonnet got some stripes, while the original headlamps were replaced with LED units that give the car a ‘resto-mod’ look. A black-painted roof and dual-tone alloy wheels were added to the mix.

The red-black colour theme of the exterior has been even given to the interior as most of the cabin comes with red-black art leather upholstery while the dashboard has been given classic dials on the centre console and a custom steering wheel. 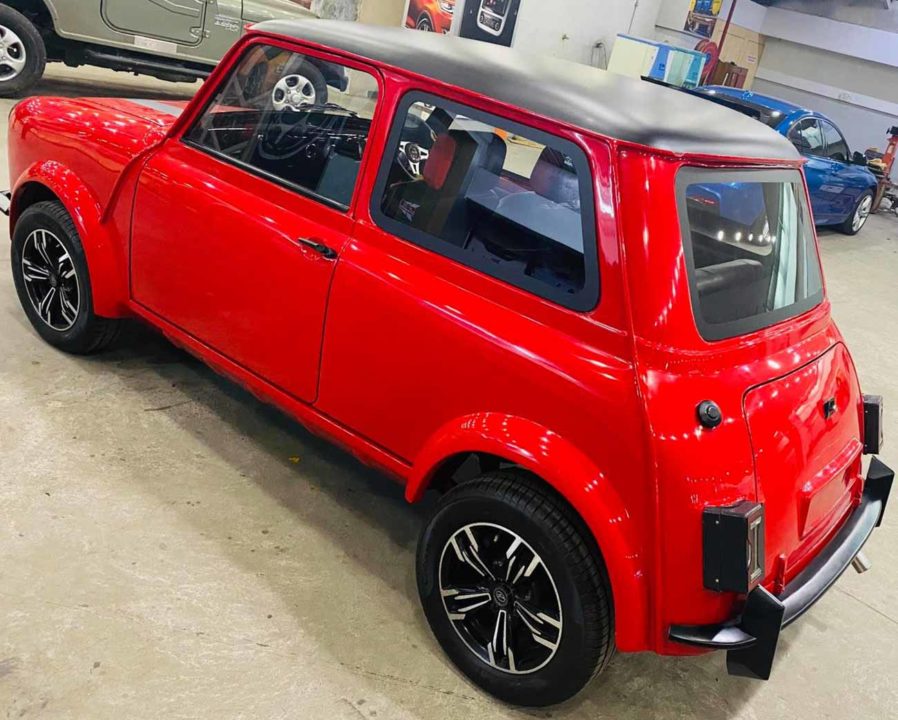 Details of the engine are not known but the total cost of all the modifications is said to be Rs 8 lakh.