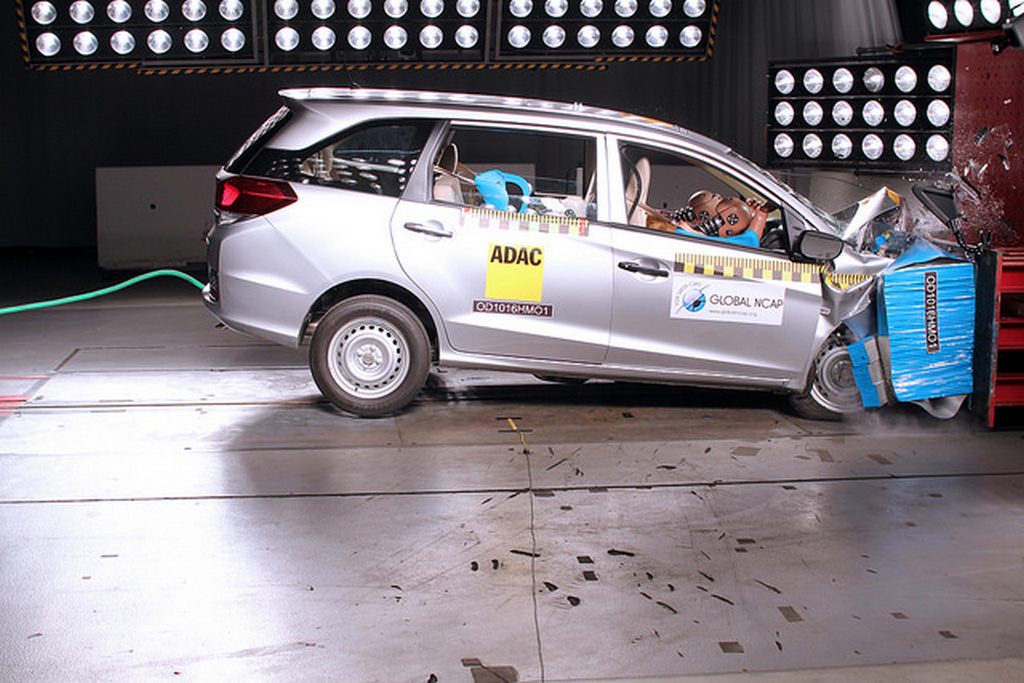 The India-spec Honda Mobilio has been put through the stringent crash tests framed by Global NCAP safety organisation as part of #safercarsforindia campaign. Two variants of the people carrier were assessed by the GNCAP and the testing results are finally here for us to see! The base version of the Honda Mobilio showed zero stars in adult occupant protection but at least the body shell integrity was stable.

Later the same Mobilio running on Indian roads was fitted with dual airbags and the benefits of the safety equipment ensured three stars for the crucial adult occupant protection. Secretary General of Global NCAP, David Ward, said Honda has demonstrated that with two airbags three stars can be achieved. They should not be kept as optional fitment but rather standard for occupant’s safety.

For the ‘no airbags’ basic variant, which received zero stars, the passengers’ protection has been evaluated as poor for the head section while driver and co-passenger received weak chest protection. The passengers’ knees could impact with dangerous structures in the dashboard while the stable body was rated to withstand further loadings. As for the child occupant, head contact with back rest and excessive forward movement couldn’t be prevented.

On further request, the top-spec Mobilio put into testing phase was equipped with front seatbelt pre-tensioners, driver and passenger front airbags and SBR. With the body shell kept stable, the adult occupant test received three stars amidst two stars for child protection. The report noted that the driver and passenger’s head protection was ‘good’ with former’s chest protection marginal and the latter’s rated as adequate. 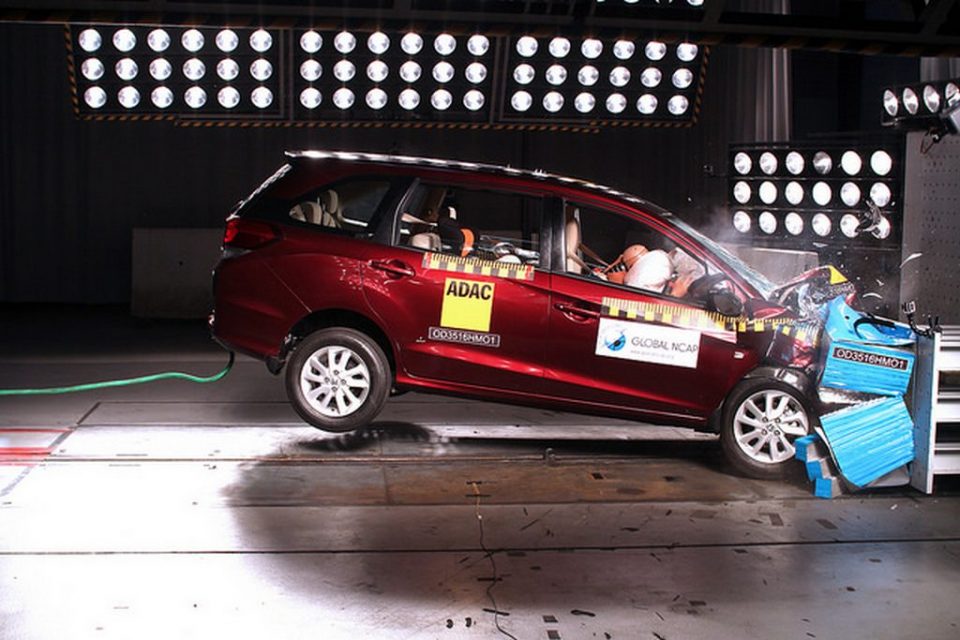 The child occupant protection test showed adequate dynamic performance for 18 months child and both CRS were compatible with belt system. Alongside Honda Mobilio, the Renault Kwid with latest safety improvements failed to impress GNCAP as one star was awarded for adult occupant protection. The conclusions of these tests are obvious as GNCAP questioned Renault and Honda, who make safer cars in other markets, have been expected to start doing the same for India. Making airbags as standard fitment has been strongly emphasised as well.