Bajaj-Triumph scrambler is expected to go on sale in the first half of next year; could be powered by a single cylinder liquid cooled engine

Bajaj and Triumph formalised a deal a couple of years ago and it was said in 2021 that the first motorcycle from the partnership would be delayed by six to nine months due to the health crisis. Earlier this year, the first spy pictures of what looks to be a scrambler and a roadster came up on the interweb as they were caught on camera in the UK.

With KTM’s 490 cc project reportedly not active, it makes perfect sense for the Chakan-based manufacturer to proceed with the middleweight capacity motorcycles planned in association with Triumph. Only a few months ago, the said scrambler was spotted in India for the first time and it has become a regular sighting around Pune in recent times.

The good thing is the test mules that we have been spied so far are in near production state. The latest spy video of the Bajaj-Triumph scrambler shows a prototype wearing wire-spoked wheels as opposed to the multi-spoke alloy wheels that were spotted until now. This goes on to suggest that the scrambler could be offered in multiple variants to attract a wide range of customers. 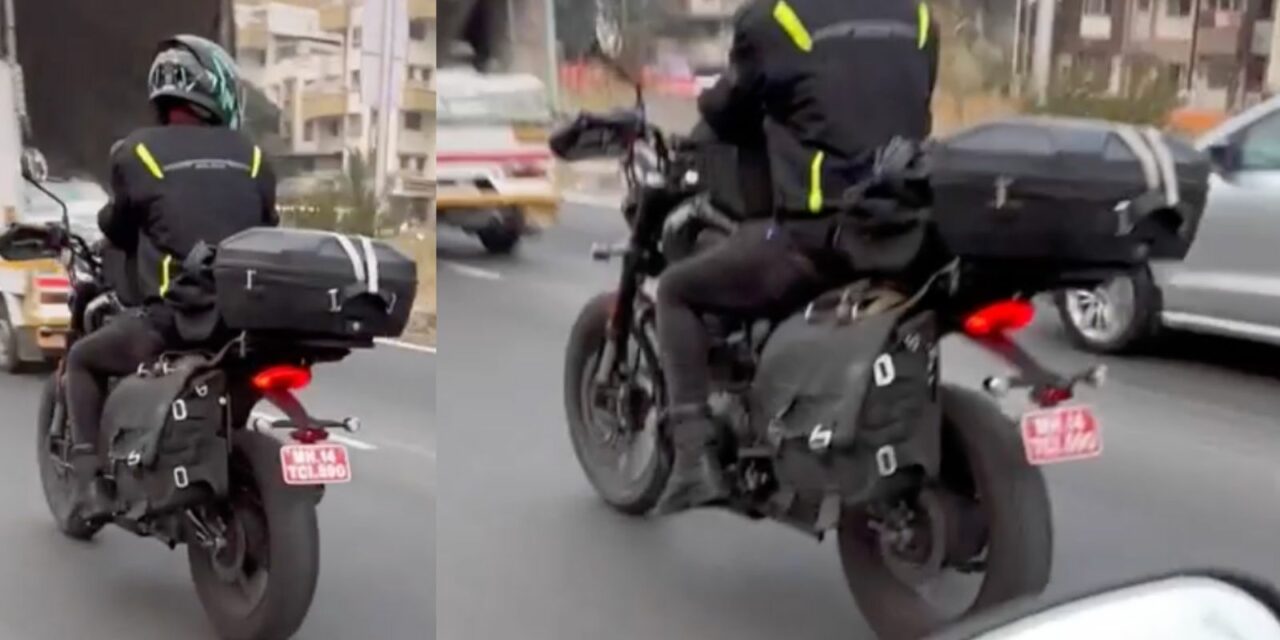 The test motorcycle also wore a top box, knuckle guards and saddle bad and these could be offered as optional accessories. Bajaj and Triumph are expected to target the 400 to 450 cc segment with the upcoming scrambler and roadster. The scrambler does appear to have a sporty exhaust with the twin barrel system further upping its visual nature.

The Bajaj-Triumph Scrambler will have LED lighting all around, a compact rear section, a slim profile and high ground clearance. An all-digital instrument console is another possibility and the powertrain could be tuned for long touring purposes. The single-cylinder unit could be liquid cooled and it could produce power in excess of 40 bhp.

We do expect the scram to make its global debut in the first half of next year before going on sale in the international as well as domestic markets.