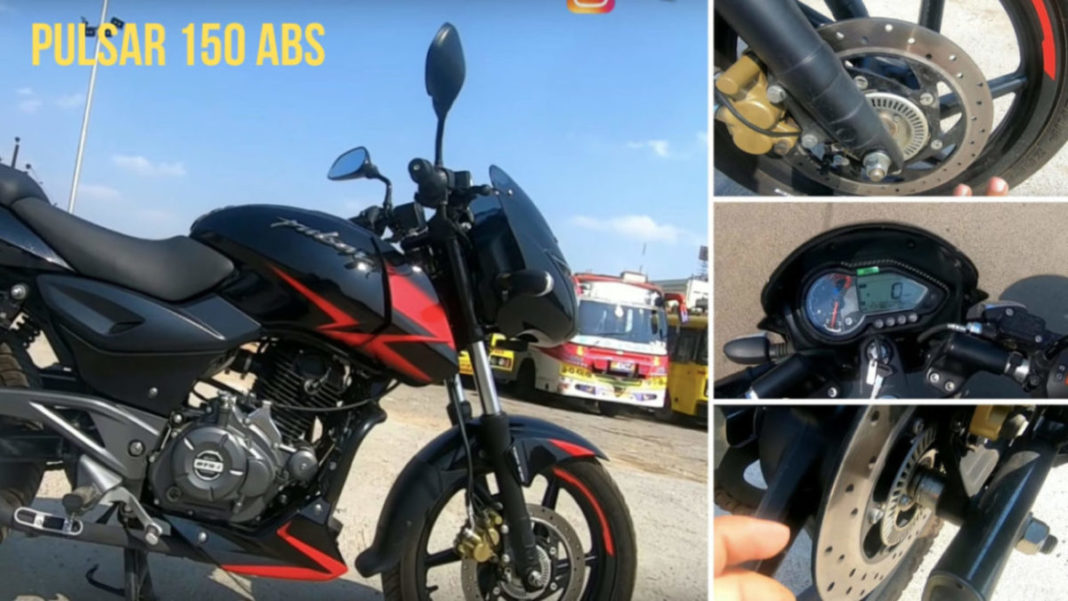 Bajaj is going to launch the Pulsar 150 ABS model soon as the deadline for introducing ABS is April 2019 as all two-wheelers above 125 cc must come with ABS system as standard. We were expecting the company to introduce ABS along with 2019 MY update but the launch was delayed. Now the company has already dispatched the initial batch to dealerships across the country.

The Pulsar 150 ABS model has been spotted at a dealership and the spy image confirmed that the entry-level model will come with single-channel ABS system, which will keep cost down for the company when compared to the dual-channel unit. The company has also given rear lift-off protection (RLP) as standard with the Pulsar 150.

KTM Duke 125 and 200 also come with the same setup. The model spotted at the dealership was double disc variant and the company also offers a rear drum variant, which will also get the same single-channel system but the rear lift-off protection system might not be offered in this entry-level variant. We can expect a price hike of around Rs. 3,000.

Except for the introduction of ABS, the Pulsar 150 remains the same from the earlier model. Bajaj Pulsar 150 ABS is powered by 149.5 cc single cylinder air-cooled engine producing 14 PS of power and 13.4 Nm of torque. This engine is mated to a 5-speed gearbox and the braking duties are handled by 260 mm disc at the front and 230 mm disc at the rear.

Some reports have also indicated that the company is working on a new generation model as current Pulsar has been present in the market for some time now. The updated model is expected to be introduced in 2020 with new BSVI engines.  The Pulsar 150 models are currently leading the entry-level performance segment in India.