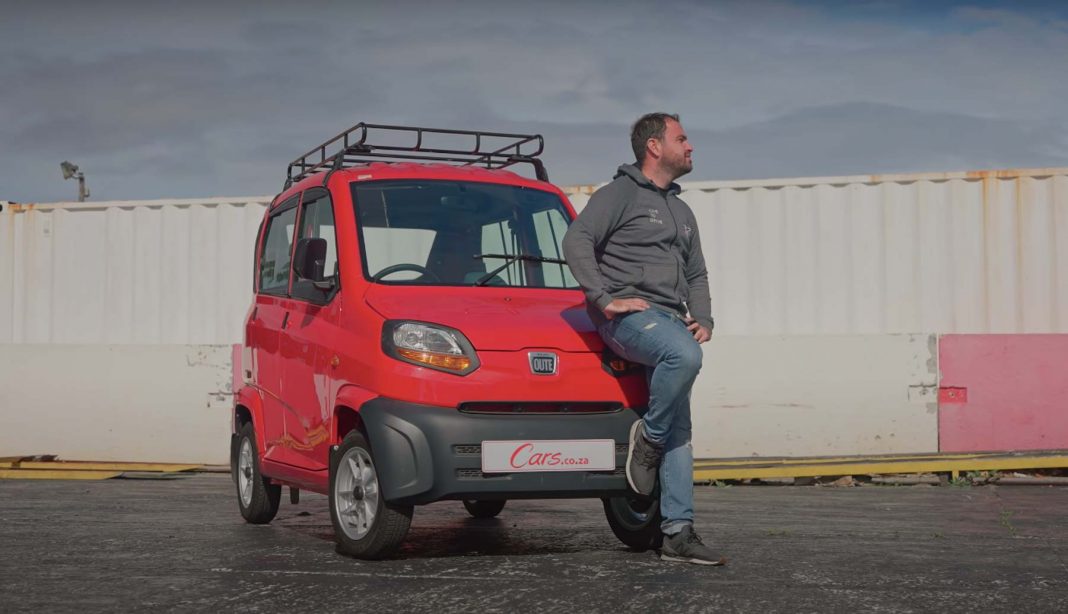 Not every car market across the globe is categorised under ‘developed’, and in fact, every country offers unique challenges. Bajaj Auto has not had smooth sailing with the Qute over the years and it has been aggressively positioned abroad. The quadricycle is the cheapest car in South Africa but does it worth the money people spend on it?

Here we have linked a video that answers the important question! The Bajaj Qute uses a 216 cc engine, which is good enough to produce a maximum power output of 10.83 horsepower and 18.9 Nm of peak torque, and it has a claimed top speed of 70 kmph. The Qute has a sequential shifting gearbox like in a motorcycle but the foot operable clutch gives the feel of a car.

The power figures are not brilliant in any sense and it becomes obvious on the highway and the lightweight nature would not do any justice either. By being the cheapest car in the Rainbow Nation, it does not get any worthy safety features and on a highway when everyone whizzes past at 120 kmph, it will be quite a problem.

The reviewer in the video, Ciro De Siena, said that you don’t feel safe on normal roads as well as rollover risk is his biggest concern as it really feels like toppling over very easily. Having driven around one of the country’s capitals, Cape Town, he actually thinks the Bajaj Qute is “okay” in stop and start traffic and on normal roads with a speed limit of 60 kmph.

He thinks the Bajaj Qute is “fast enough off the line” and fast enough through the gears as it reaches 60 kmph in a relatively fast time. For what it is promised to be, the reviewer actually likes the quadricycle as it can get from one place to another quickly. Priced at 75,000 rand (Rs. 3.88 lakh approximately), it is very cheap but people can opt for used cars with that money.

The reviewer acknowledges the popularity of the Bajaj Qute as he says, “I don’t think that there’s a single South African who doesn’t know what this car is right now. It’s insane how much interest there is in this car,” but he does not want to recommend it as an out-and-out passenger vehicle when all things considered.