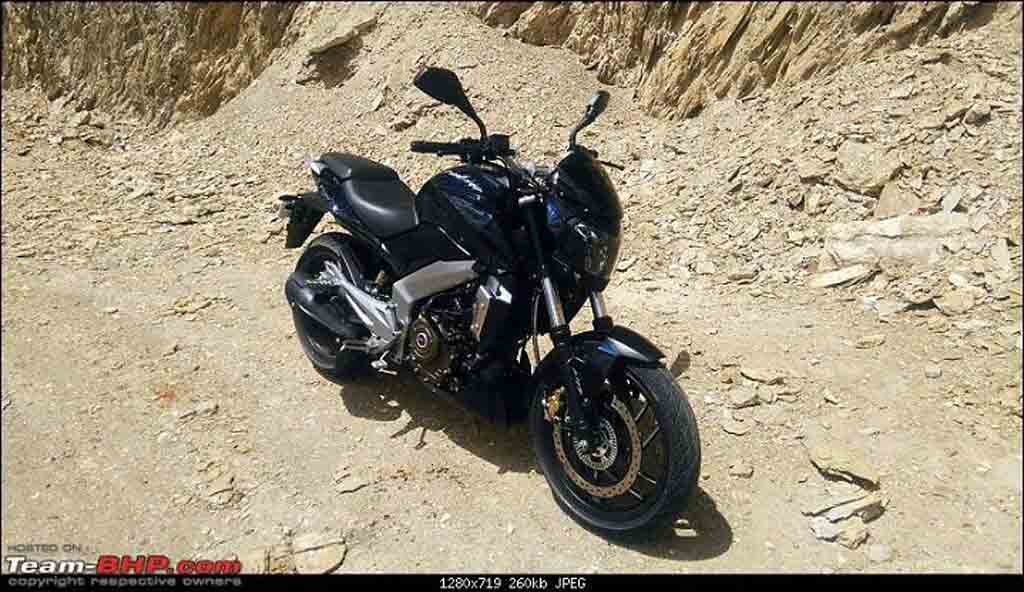 Bajaj Pulsar VS400 spied; the most powerful Pulsar yet receives 373.2 cc single cylinder engine churns out 35 PS power and 33 Nm of peak torque

Bajaj Auto is gearing up to launch the all new VS400 in Indian market in a few days, and ahead of the launch a fully naked model has been spied. The spyshots suggest, the motorcycle was somewhere in the Himalayas, where it was for the TVC shoot. The Bajaj VS400 is going to be the most powerful Pulsar ever when it gets launched, and it focuses on the touring enthusiasts.

The flagship Pulsar takes some design cues from the smaller sibling 200 NS. The motorcycle comes pretty aggressive and muscular looking with a 7 LED unit and a halogen lamp consisting headlamp, muscular fuel tank. The instrument cluster is unique looking with fully digital appearance. While the headlamp cowl sports the digital cluster on it, there is a secondary digital meter too on the fuel tank. So far, the motorcycle looks premium with its features. 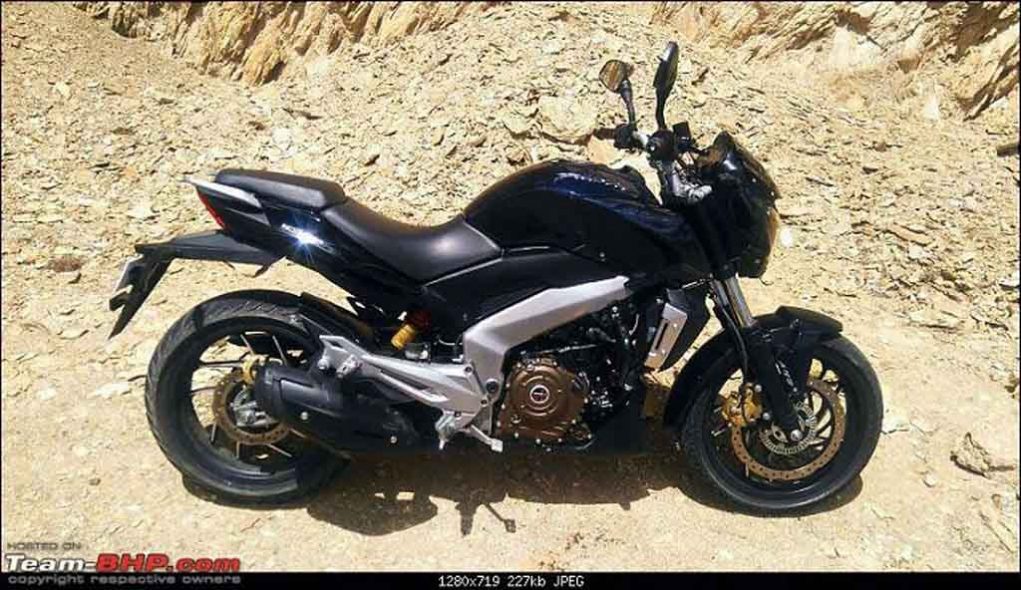 The Bajaj Pulsar VS400 comes sleek at the tail section, and it looks like the tail has ended abruptly. It sports LED taillights, while the riding position of the VS400 is pretty convenient and comfortable for the rider with the semi low hung stance. The VS400 also comes with a stepped up saddle seat, and the flat handle bar gives the rider better control while riding.

Power source for the Bajaj VS400 is a 373.2 cc single cylinder liquid cooled fuel injected engine shared with the KTM Duke 390. The engine gets paired with a six speed transmission and churns out 35 PS of peak power at 8,000 rpm and 33 Nm of peak torque at 7,000 rpm, with a fuel economy of 30 kmpl. The Bajaj Pulsar VS400 is likely to get a top speed of 175 kmph. 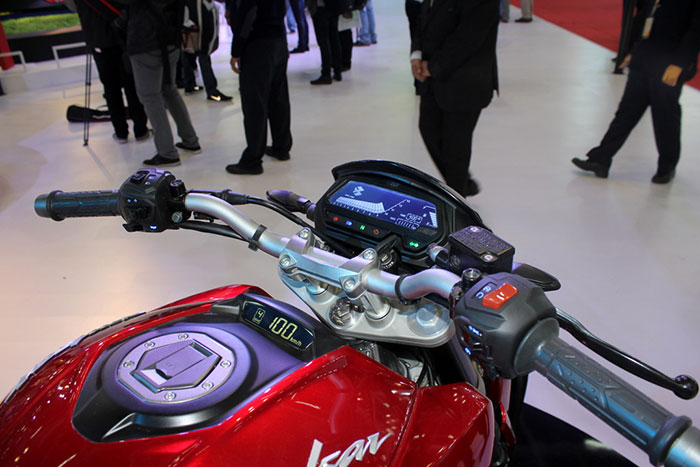 On the suspension front the motorcycle is equipped with telescopic fork at front and gas charged mono shock absorber at rear. Disc brakes combined with dual channel ABS do the braking duty in both the alloy wheels, which are wrapped with meaty performance oriented tubeless tyres. The pricing for the VS400 is expected to be around Rs. 1.5 lakhs (ex showroom), while the rivals against this model will be KTM Duke 390, Mahindra Mojo, Royal Enfield Himalayan etc.