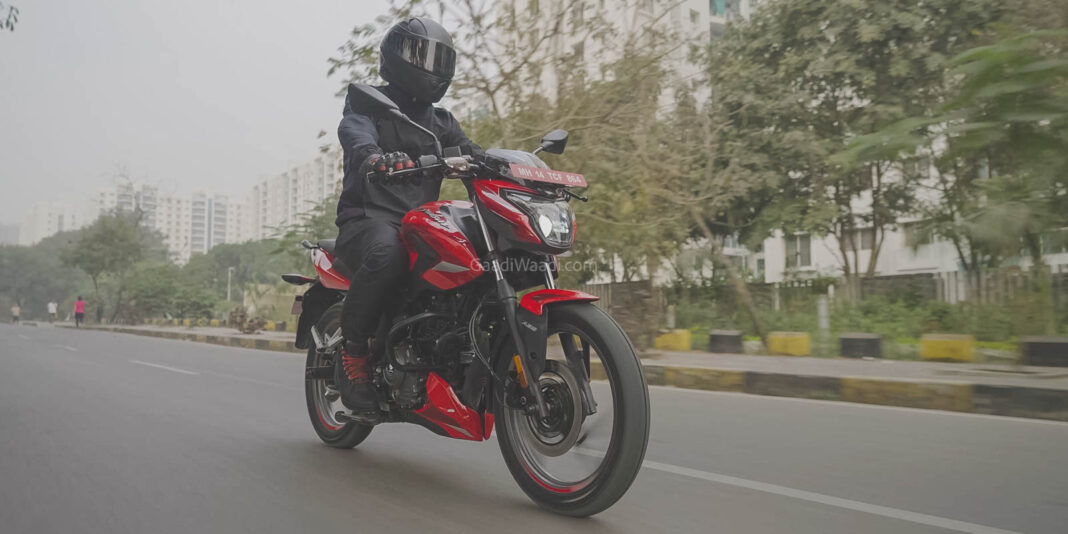 Bajaj Pulsar P150 carves a distinction for itself within the Pulsar lineup but can it really achieve whatever it is set out to do? Find out below!

Bajaj Auto has been expanding the presence of the new tubular frame first introduced in the N250 and F250 last year. Following its debut in the N160 a few months ago, the new frame with the engine as a stressed member has made its way to the all-new P150. While the existing Pulsar 150 continues to be on sale, it will be replaced by the P150 eventually.

The intentions of the Bajaj Pulsar P150 are clear right from the word go as it has a distinguished design appealing to a wide set of customers who expect their motorcycle to be practical with high mileage characteristics while bracing themselves for occasional riding fun. With commuter styling sprinkled all over it, you can’t help but think that the Pulsar-ish sportiness does exist.

Amidst smooth flowing body panels, the fuel tank extensions, 3D Pulsar wording, Butterfly-styled twin vertical tail lamps and the segment-first LED project headlamp with pilot lamps add to the purpose of this sporty commuter. It does have a kicker, which has been absent even in many entry-level motorcycles, and the 14-litre fuel tank is made of metal. 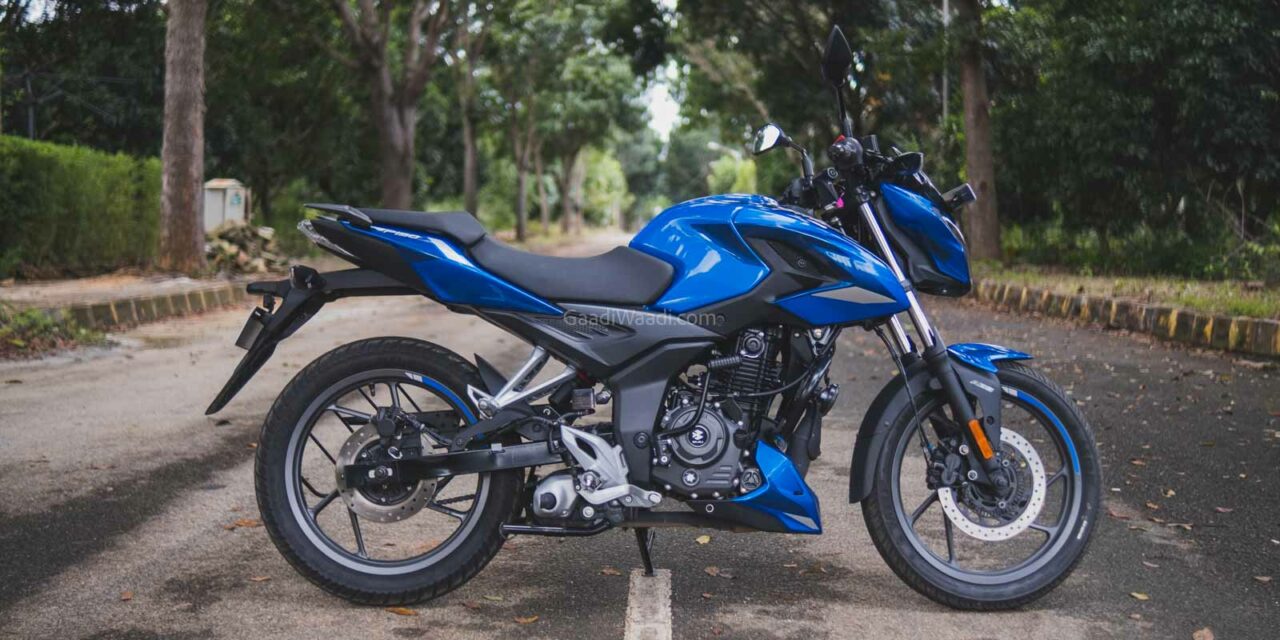 The fibre plastics and the mix of GFN ensure the Pulsar P150 has a good build quality and the new platform along with measures such as using counter balancer shafts have ensured that the NVH levels are well contained. According to Bajaj, it is the most refined and smoothest Pulsar ever and you wouldn’t bet against it and the chassis supports these factors by a big margin.

The Pulsar P150 is lighter than the regular Pulsar 150 by ten kilograms as weight saving measures like lighter wheels, a lighter frame, clip-ons and underbelly exhaust have come in handy. The good straight-line stability provided by the frame and the stiffness offered across all axis has been influential in making the P150 a committed motorcycle, amidst its lightness. 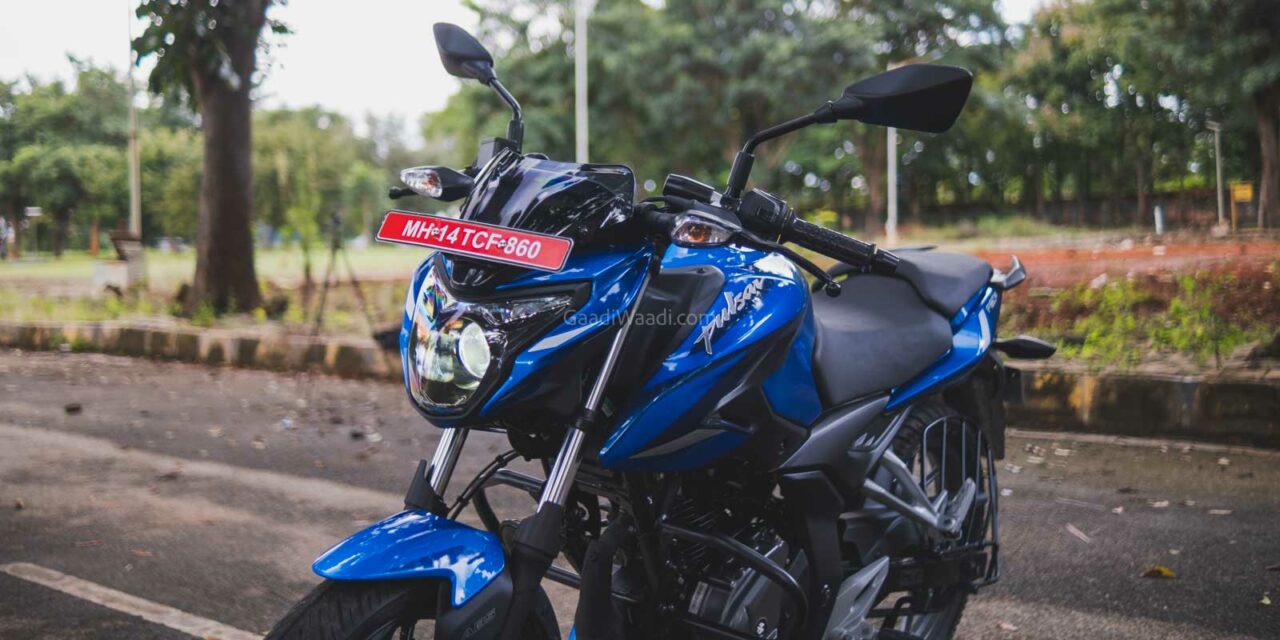 The motorcycle gives a more upright stance to the rider compared to the N160 as the clip-on handlebars, which I wished to be a bit wider, are angled in. The split seats have a good outer finish and are grippy enabling a more comfortable ride. Due to its wideness, you can easily move around as a rider or a pillion and thus the P150 suits the occasional weekend rides.

On my first ride in Bengaluru, I tested the mileage for around 100 km in mixed riding conditions as I hit the highway, jam-packed traffic and whatnot that can be thrown at me in a typical city environment. I came out mightily impressed with the fuel economy of 54 kmpl as I wasn’t really riding with the intention of getting good mileage. 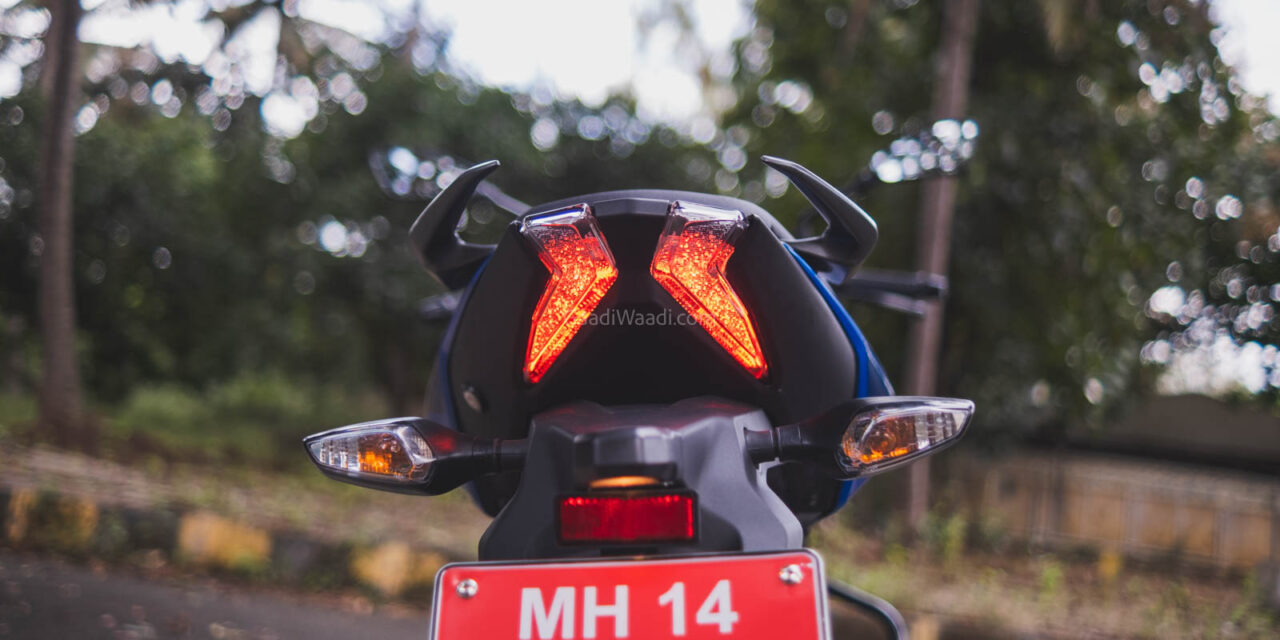 The easily attainable top speed is 110 kmph and when you push further, you can go up to 118 kmph – at least that’s what I managed in some closed environment. With more than 90 per cent of the torque available between 3,500 and 8,000 rpm, you don’t end up looking for more especially in city riding conditions and a dab of the throttle will make the hardest of overtakes easier.

The refinement levels are just off-the-charts for a Pulsar as you would not find vibrations creeping in even while stepping into the three-digit speeds. The good overall build quality and well-arrested NVH levels bring a premium vibe to this motorcycle. The semi-digital instrument console borrowed from N160 and N250 shows DTE, average fuel consumption and gear position indicator. 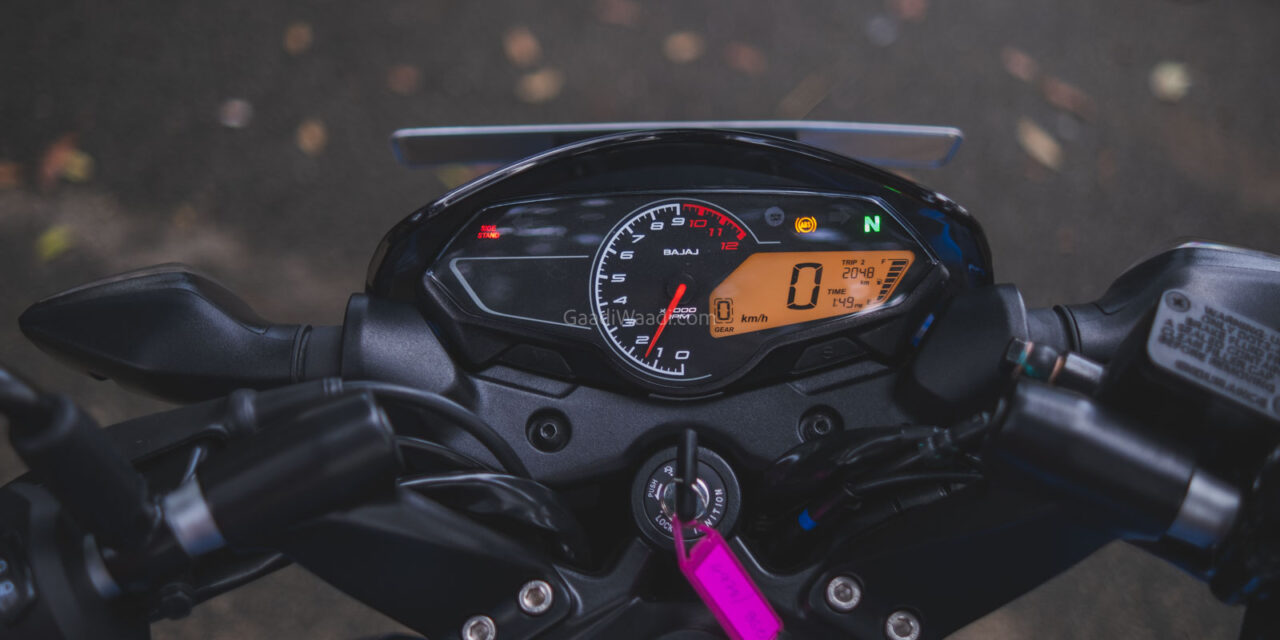 It would be tough to see the cluster in midday sunlight and the flyscreen could have been taller for better deflection of the oncoming wind for greater stability. The intentional handlebar shake that can be felt while adjusting the mirrors is a clever move to contain NVH levels. There have also been moves made for cheaper maintenance and making it less labour-intensive.

The clutch feels light and the smooth gearbox does respond to sudden downshifts decently. The new 150 cc single-cylinder single-spark engine develops 14.5 PS and 13.5 Nm and it jells in with the overall mechanical abilities of the motorcycle almost perfectly. While the low end could have been more spirited, the mid and top end more than make up for it as it doesn’t shy away to hit the 10,000 rpm limiter. 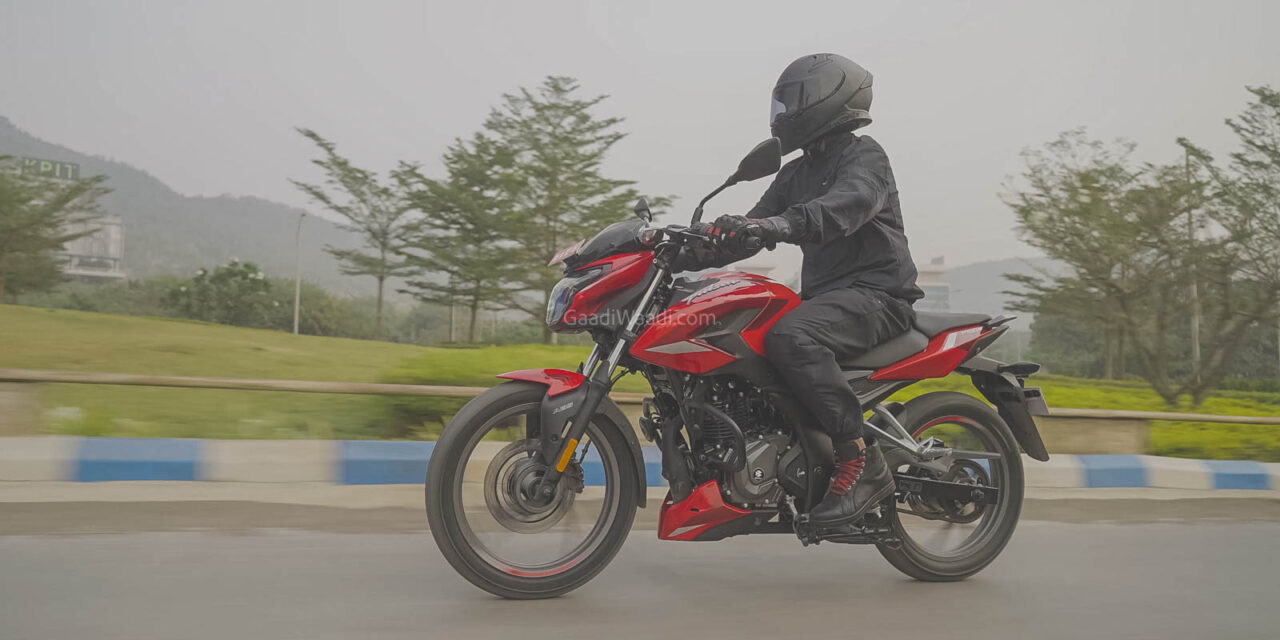 The power-to-weight ratio of 103 PS per ton is one of the reasons why the Bajaj Pulsar P150 is a good handler and the ABS’ responsiveness deserves praise. The suspension setup is on the softer side as you would expect in a commuter but at low speeds, you do get a notable bouncy feel. The relaxed footpeg positioning, USB charging port and sturdy split grab rails are some of the other highlights. The P150 has the longest wheelbase (1,352 mm) for any 150 cc Pulsar and is the torquiest out of them all by a slight margin.

The twin disc variant with a single-channel ABS system is the one to get as it is a no-brainer considering that it costs only Rs. 3,000 more compared to the single disc variant. For a marginal price increase, you do get wider tyres, clip-ons, ABS and better seats. It can be picked over the Pulsar 150 for its nimbleness, comfort, refined powertrain, more responsive and stabler chassis, torque delivery and high mileage standards.