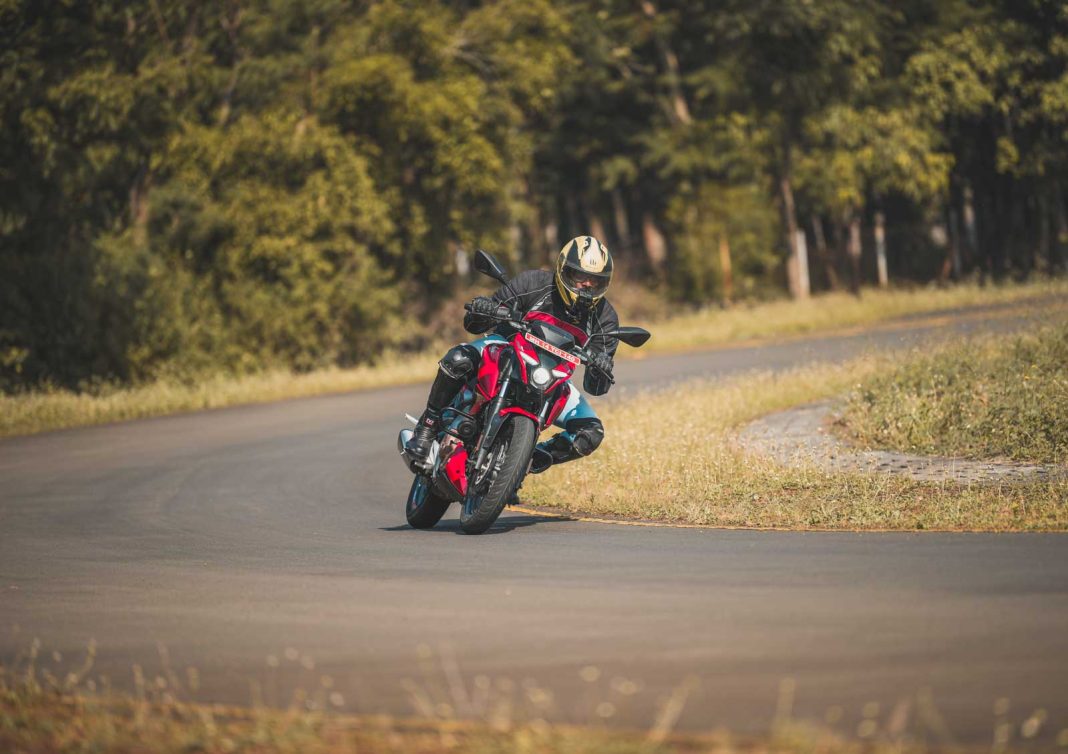 Bajaj Pulsar N250 and Pulsar F250 are the newest and largest displacing Pulsars ever, but how do they perform in the real world? Find out here!

After two decades, the legendary Pulsar series has received a generation shift and Bajaj has brought in two new Pulsar motorcycles. The N250 and F250 are the two largest displacing Pulsars yet and they are based on a new tubular that will be expanded to other models within the Pulsar lineup in the near future.

The N250 has taken an evolutionary approach to design compared to the NS200 while the F250 is an evolution of the 220F in terms of styling. However, they both carry new body panels and the use of glass-filled nylon materials has certainly upped the fit and finish by a big margin. Both the motorcycles use a single LED projector headlamp with LED Daytime Running but the design on the semi-faired version is more progressive.

The Pulsar N250, on the other hand, has a more in-the-face attitude. They are equipped with a new semi-digital instrument cluster that shows gear position indicator and range with the amount of the fuel. Despite having new graphics and a thick glass panel for protection, the size of the console could have been bigger and it is hard to get a clear view against bright sunlight.

The switchgear layout and the tactile feel are good enough but a hazard lamp switch is sorely missed. The fuel tank can hold 14 litres and has a teardrop shape but knee grips could have been added for better holding. The seats are a major step up as the split unit enables enough grip and room to move around due to the thickness and width for both rider and pillion.

Amidst the sleek body panels on the sides, the redesigned compact rear end boasts new vertical twin LED tail lamps accompanying the LED indicators just as in the front. The rubberised footpegs for the rider and alloy finish for the pillion add to the practicality and the new five-spoke alloy wheels save up one kilogram of weight. 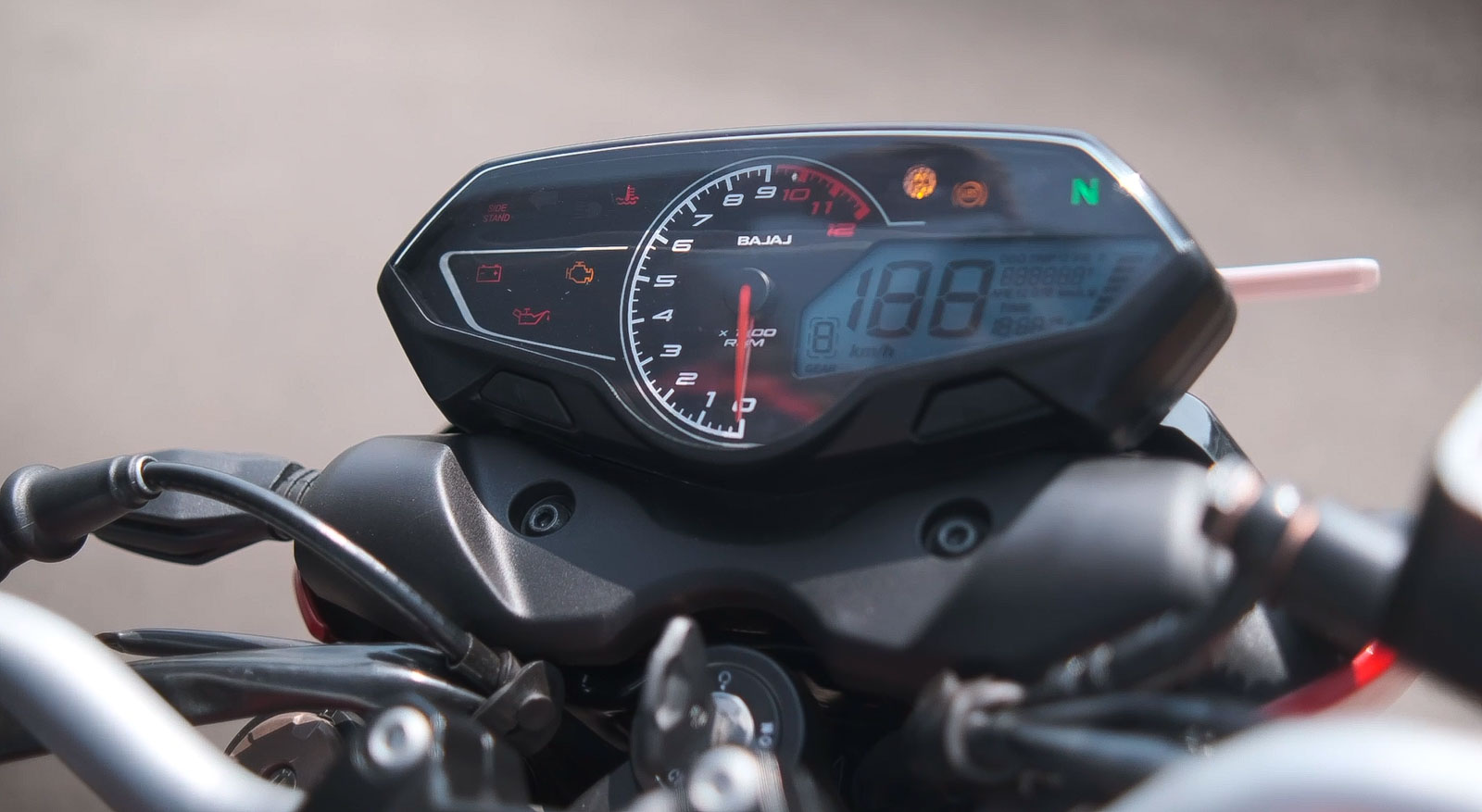 The kerb weight of F250 stands at 164 kg while the N250 tips the weighing scale at 172 kg and both have a seat height of 795 mm and 165 mm of ground clearance. As you sit lower, the seats feel comfortable for people of different heights and the ground clearance is good enough to tackler regular speed bumps and potholes.

Back to the chassis, it works in tandem with the all-new 249 cc single-cylinder oil-cooled SOHC fuel-injected engine to give a cohesive feel – accentuated by the light clutch and the responsive five-speed constant mesh transmission and the downshifts are made easy courtesy of the assist and slipper clutch. 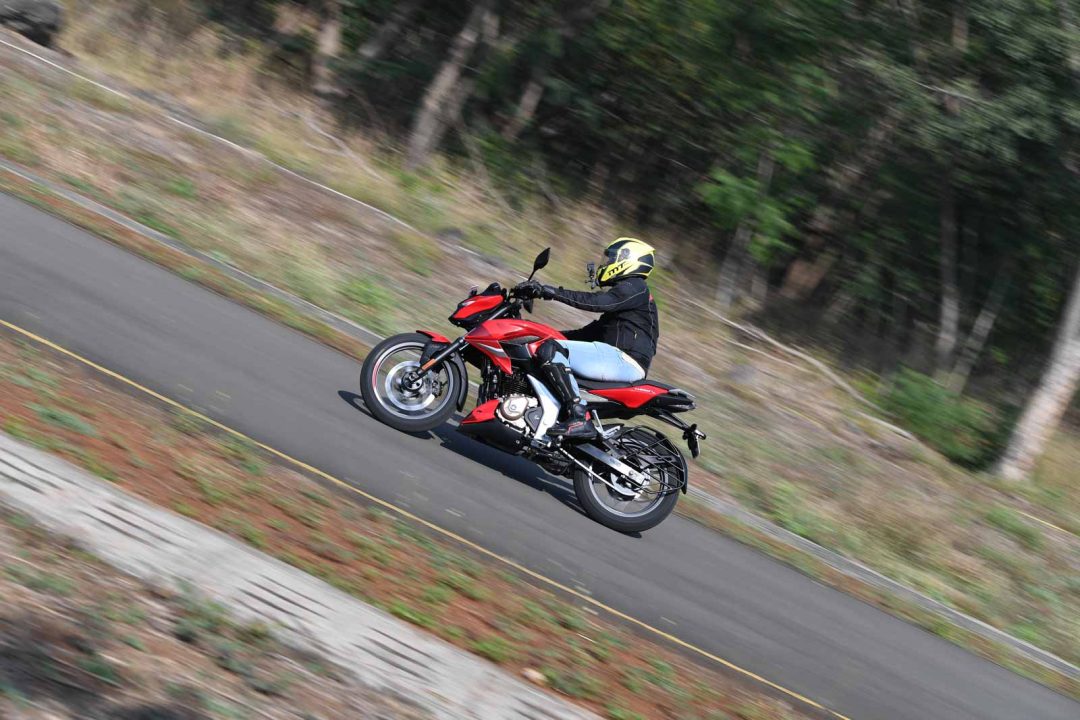 The oil-cooled motor offers an impressive low- and mid-range with progressive throttle response and the refinement levels are indeed appreciable. The maximum power of 24.5 PS kicks in at 8,750 rpm and the peak torque of 21.5 Nm comes in around 6,000 rpm and compared to the 199.5 cc liquid-cooled engine used in the NS200 and RS200, the top-end performance is not too exhilarating but adequate for an engine linked with a five-speed transmission.

I managed to hit 141 kmph top speed with the naked and 145 kmph with the semi-faired motorcycle at Bajaj’s test track in Chakan plant on the one km long back stretch. Out on the B-roads or the track, I did miss the sixth gear as the powertrain, transmission and clutch combo played out so well. 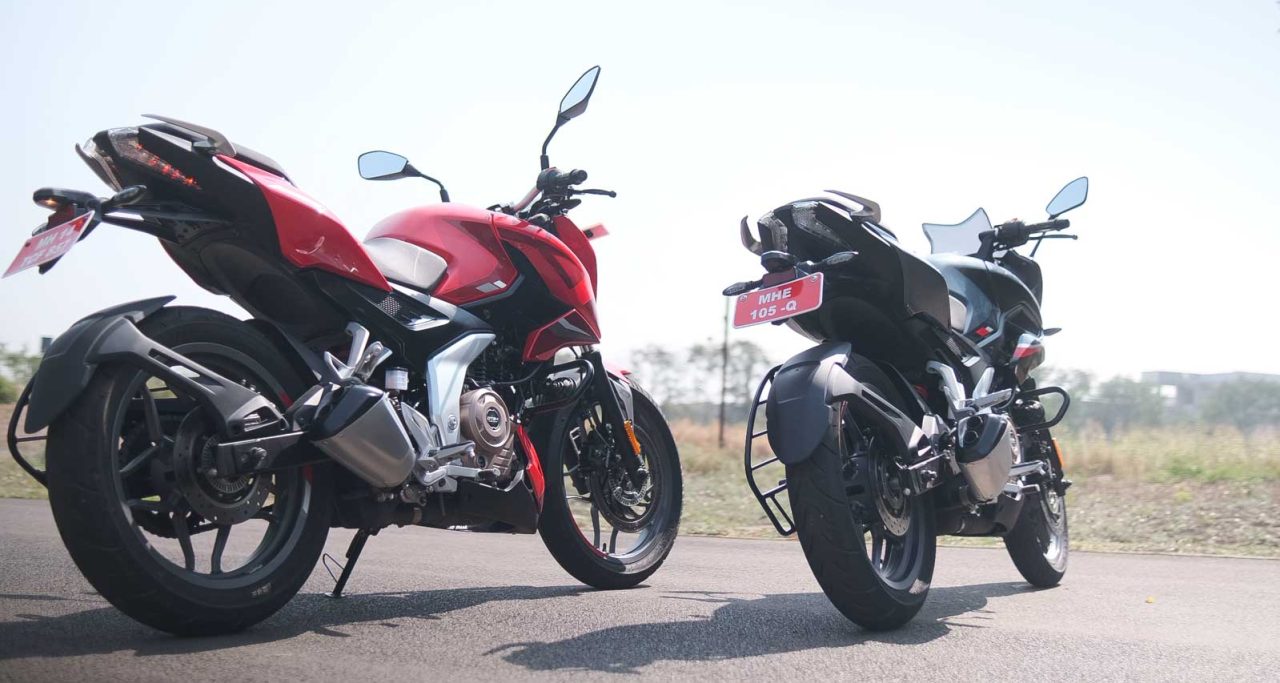 The bigger 300 mm front disc and 230 mm are assisted by a single-channel ABS system and the brakes confidence is second to none but it can be inconsistent across different surface conditions. The 37 mm telescopic front forks and monoshock rear with six-step preload adjustability provided a good balance between comfort and sporty riding.

It will be one of the USPs of the new 250 duo as it will help in addressing family-based customers to a certain extent too. The Bajaj Pulsar F250 and N250 have almost similar characteristics including the middle set footpegs, however, there is a big difference as the former has an upright clip-on handlebar setup and the latter possesses a flat handlebar. 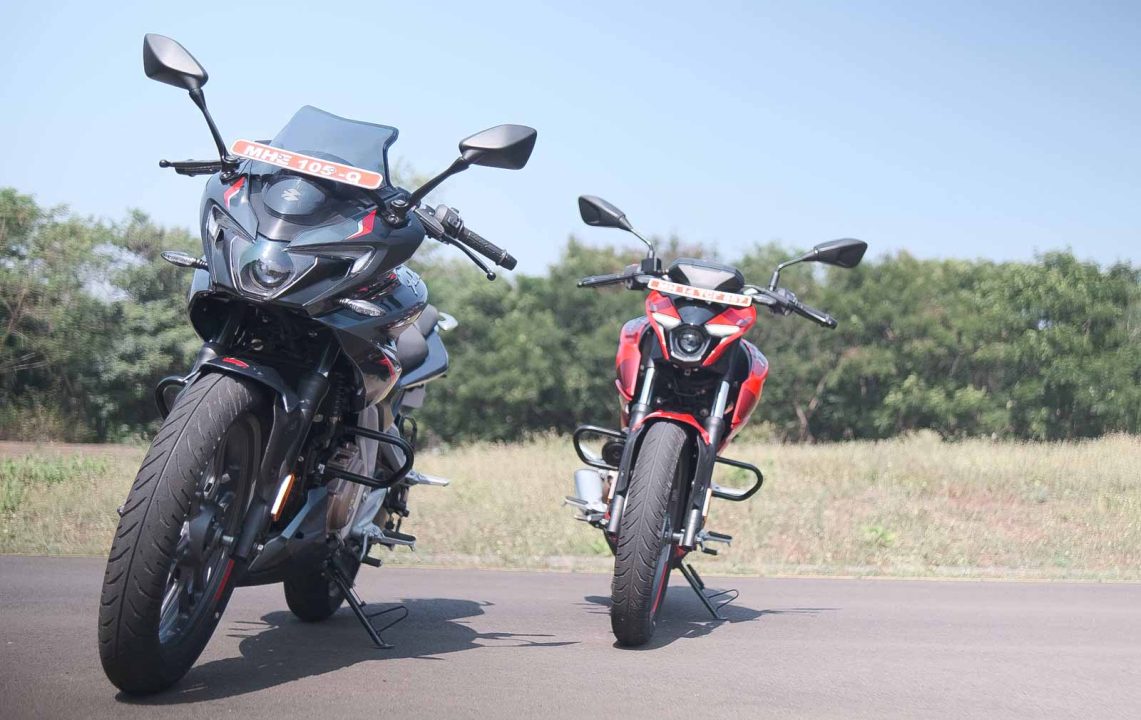 The tall windscreen and upright handlebar give the F250 a slight edge over its sibling for long touring as it enables more relaxed riding. The N250 has better flickability due to the flat handlebar and can carve corners with ease in comparison, and thus it is more suited for cornering junkies and if you spend more time riding around cities.

In the mileage test, I found out that both the motorcycles can average close to 37 kmpl in ideal riding conditions and the economy could slightly improve after a few visits to the service station. While Rajiv Bajaj admitted that the new generation Pulsars are three years late to the market, it’s better late than never and the 250s offer a solid package with practicality. 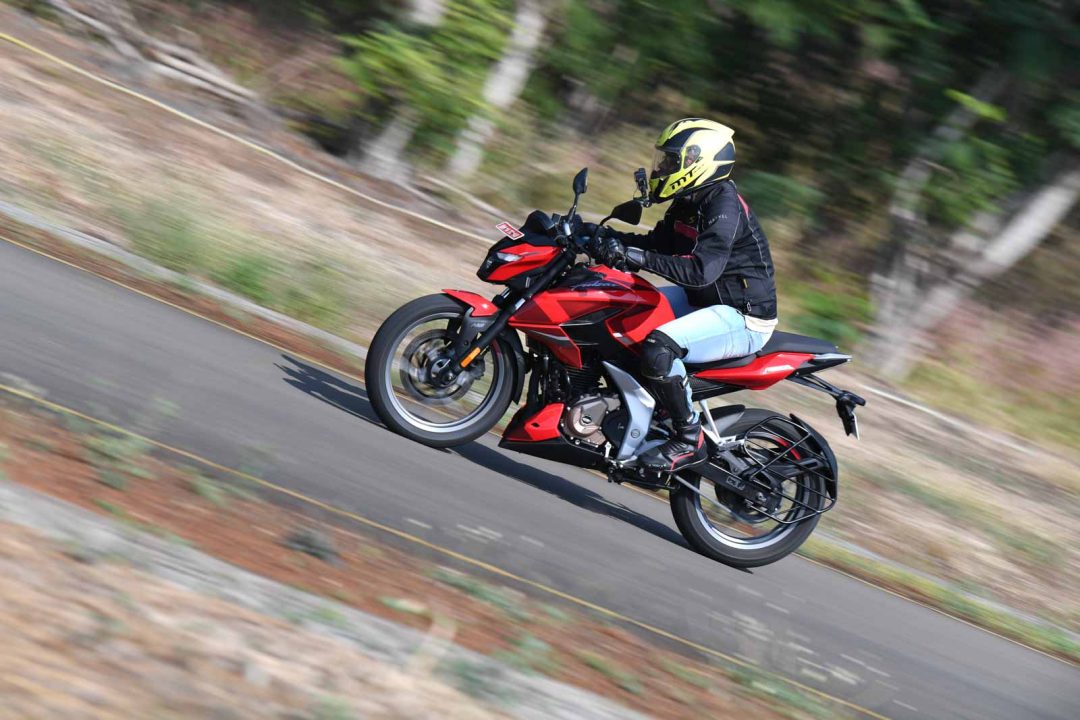 The dual-channel ABS system is given a miss and it should have been there as standard in my opinion. But, with Rs. 1.38 lakh asking price for the N250 and Rs. 1.40 lakh for F250 (both ex-showroom), it is safe to say they are positioned competitively to lure in the masses that the Pulsar range always targets!