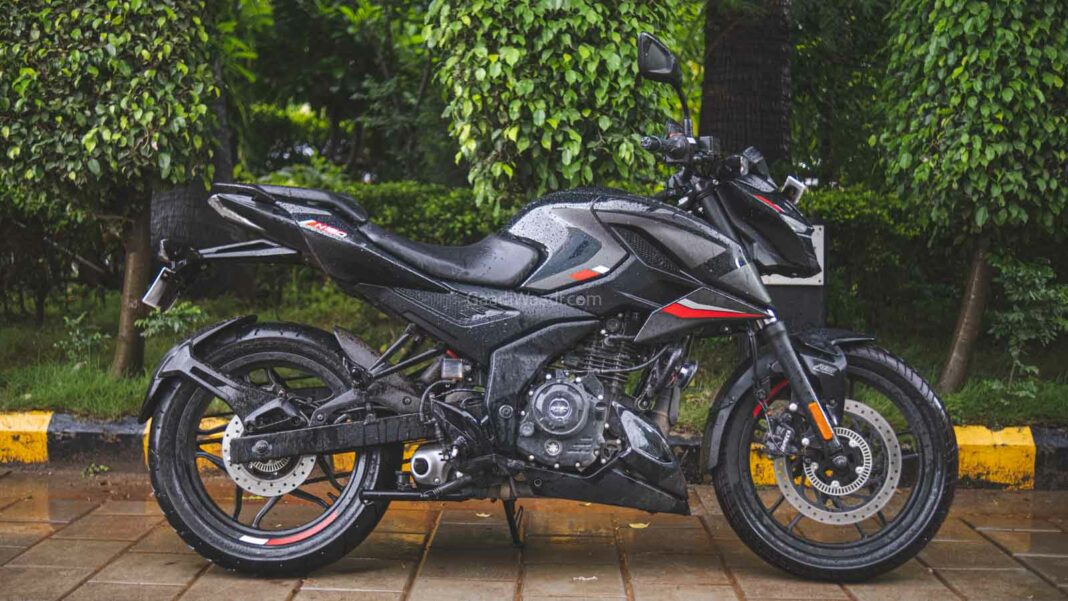 Bajaj Pulsar N160 is the latest Pulsar that promises to shake things up in the highly competitive 160 cc segment but does it really deliver? Here we find it out!

What defines a Pulsar in the grand scheme of things? It’s a ‘do all’ motorcycle with sporty looks, and spirited performance and at the end of the day should be easy on the pocket. Is the recently launched Pulsar N160, a true blue-blooded Pulsar especially considering that the NS160 is still on sale? Does it really have a place in the Pulsar lineup? Let’s find it out as we rode the all-new motorcycle in Pune!

At the first glance, you would readily appreciate its design as the N160 is identical to its bigger sibling, the N250, except for its own stickering. That’s not a bad thing considering that the N160 is Rs. 22,000 cheaper than the quarter-litre N250 and has a 7 mm longer wheelbase due to sprocket changes. It does aid in making the N160 comfortable to ride though as you can move around freely as a rider. 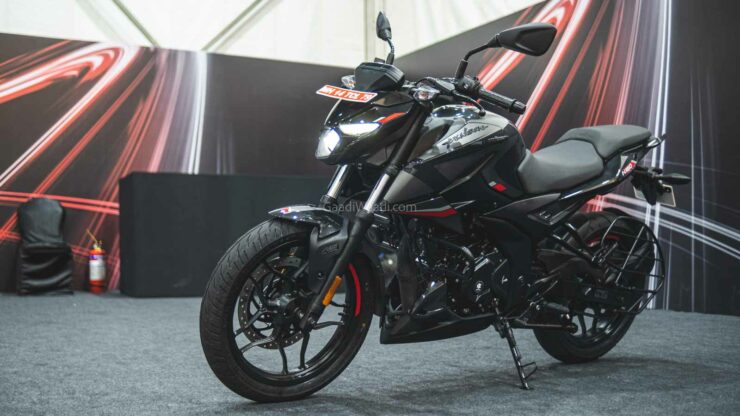 The N160 comes as part of Bajaj expanding its new tubular frame across the Pulsar range and it is the third motorcycle to adopt the architecture. It makes the naked streetfighter far more composed compared to the perimeter frame-based NS160. The split seats are well put together aiding in better comfort for the pillion as well as the rider with good cushioning.

It is supported by the 37 mm telescopic front forks and a monoshock rear suspension as they are not strictly tuned for sportiness but rather supple in nature suiting all riding conditions. The Grimeca-soured 300 mm front disc and the 230 mm rear disc assisted by a dual-channel ABS are one of the main highlights of the motorcycle. 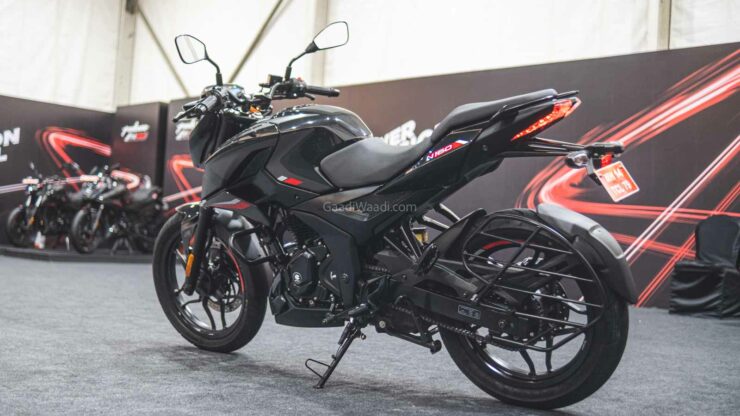 Despite riding in the appalling, soaking-wet weather conditions prevailing during the monsoon, the ABS system fared quite spectacularly as it gave enough confidence to push the limits of the N160 a little bit further. The combination of the new chassis, powertrain and brakes make the Pulsar N160 a force to be reckoned with in the segment.

The good straight stability of the N160 comes courtesy of the new architecture and since the N160 is lighter than its bigger sibling by around ten kilograms, the cornering characteristics and the preciseness of where you position the motorcycle have also improved compared to the NS160. The seat height of 795 mm and the ground clearance of 165 mm make the motorcycle easy to climb on and manoeuvre around on regular riding conditions without hassle. 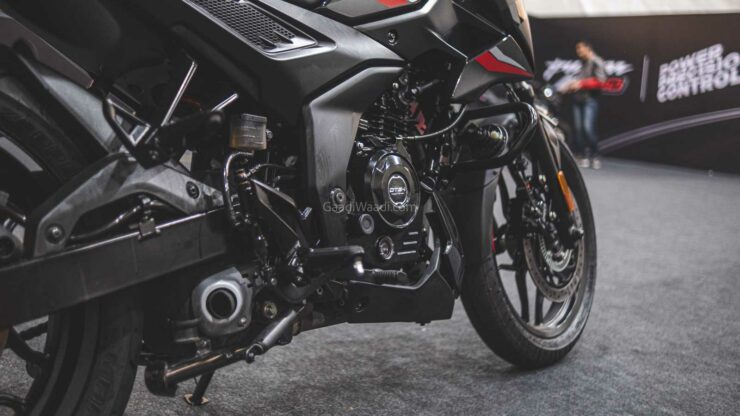 The new 164.8 cc oil-cooled 2V SOHC engine develops 16 PS and 14.7 Nm. Although it’s down on power compared to the NS160, its refined characteristics and the power delivery should be appreciated. The mid- and high-end performance deserves a big thumbs up and the fuelling is precise with immediate throttle response across the rev range.

The flat handlebar setup and the slightly low-positioned seat help the N160 in being a nimble motorcycle and thus it is a peach to ride and flick about in city riding scenarios. The footpegs are positioned for relaxed riding but you can get aggressive if wanted by tucking the knees on the recess of the fuel tank and ride in a committed manner. 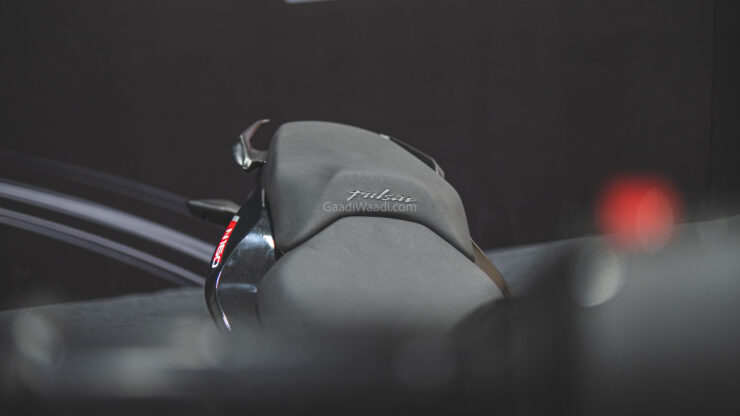 With most of its rivals offering an all-digital cluster, Bajaj continues to provide the semi digital instrument in the N160 and it doesn’t get Bluetooth connectivity options as well. The size of the cluster could have been bigger and there’s a handy charging port to recharge your smartphone on the go.

The naked motorcycle also has side stand engine cut off function but you have to get used to pulling the stand and it doesn’t come in an instance. The electric start function could be a little bit spontaneous as we found in the extreme downpour considering that silent start systems are the order of the day in many modern two-wheelers. 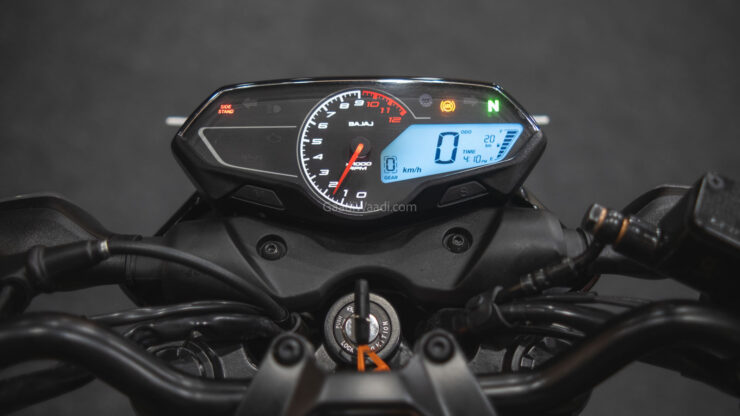 The 100/80-17 front and 130/70-17 rear tyres offer impressive grip levels and the MRF Zapper rubber suits the motorcycle pretty well while the clutch play is light and the gearbox responds to your commands with a slick attitude.

Compared to the N250, it doesn’t get a radial rear tyre to save cost but honestly you wouldn’t miss that and the overall build quality is on par with its rivals. The N160 can hit a top speed of 119 kmph and the vibration is well contained with comfortable cruising speed being 85-95 kmph. 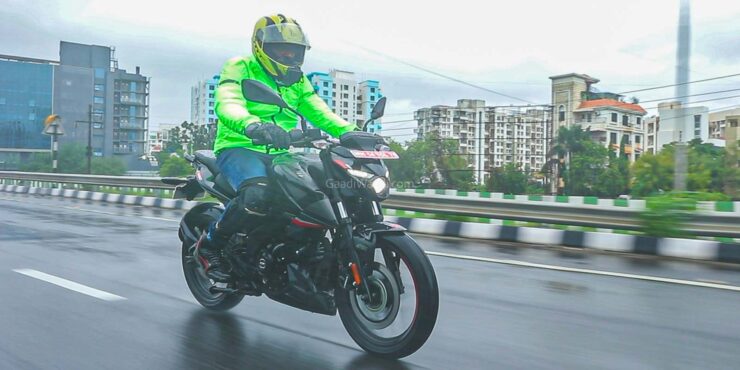 The Bajaj Pulsar N160 is a wholesome pack that exudes purpose and practicality. It does have the styling a modern Pulsar needs in an affordable price range (Rs. 1.22L for single- and Rs. 1.27L for dual-channel ABS (ex-showroom)).

It can be handy in the everyday commuting wilderness and your weekend long rides on highways and through twisties. With claimed mileage of 48.5 kmpl (real world being 40-43 kmpl), the N160 has all the bells and whistles to be a success in the crowded 160 cc space with maturity, and impressive dynamic abilities and a new powertrain to back things up.