The Bajaj Pulsar range could see the addition of new models soon, as the names ‘Pulsar Elan’ and ‘Pulsar Eleganz’ have been trademarked in India

Bajaj Auto has trademarked two new names in India, ‘Pulsar Elan’ and ‘Pulsar Eleganz’, which are expected to be used for one or more brand new motorcycles. It is not uncommon for automakers to trademark multiple names ahead of a new product launch, and it seems like Bajaj surely has a few in the pipeline.

Previously, Bajaj had trademarked a few other names too, including Twinner, Freerider, Neuron, Fluor, and Fluir. These names are yet to be used on a production model. It seems like the manufacturer is planning to add new models to its range, and it is exploring all its avenues in the naming department before that.

Bajaj is currently developing a 490cc parallel-twin engine in partnership with KTM, which will be used on multiple upcoming motorcycles in the latter’s lineup – 490 Duke, RC490, 490 Adventure, and 490 Supermoto/Enduro. Bajaj will likely utilise this engine for a few models in its own lineup as well. 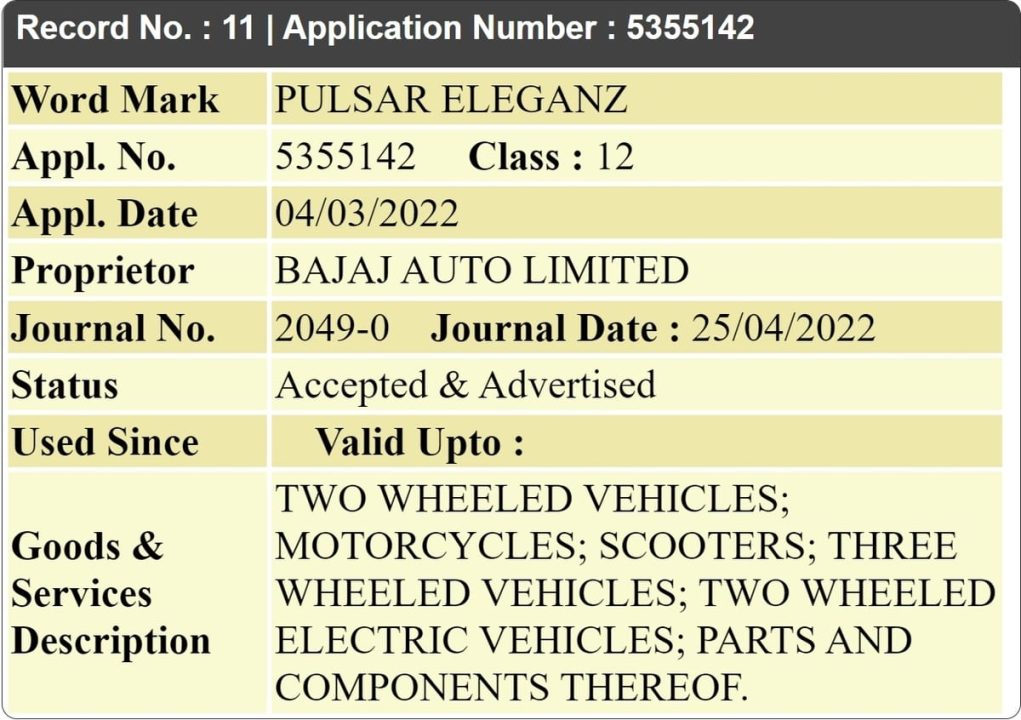 We’ve already seen Bajaj utilise KTM engines in an altered form on its motorcycles, like on Pulsar 200 NS and Dominar 400. Doing the same with a new parallel-twin motor would help the homegrown two-wheeler manufacturer to expand its presence in the premium motorcycle space in our market.

Bajaj has also partnered up with Triumph, and the two are planning to launch a slew of retro-style motorcycles in the near future. These forthcoming models will have engine sizes ranging between 200cc to 700cc, and a test mule has already been spied on foreign roads. We’re not sure if Bajaj will launch any model from this partnership under its brand. 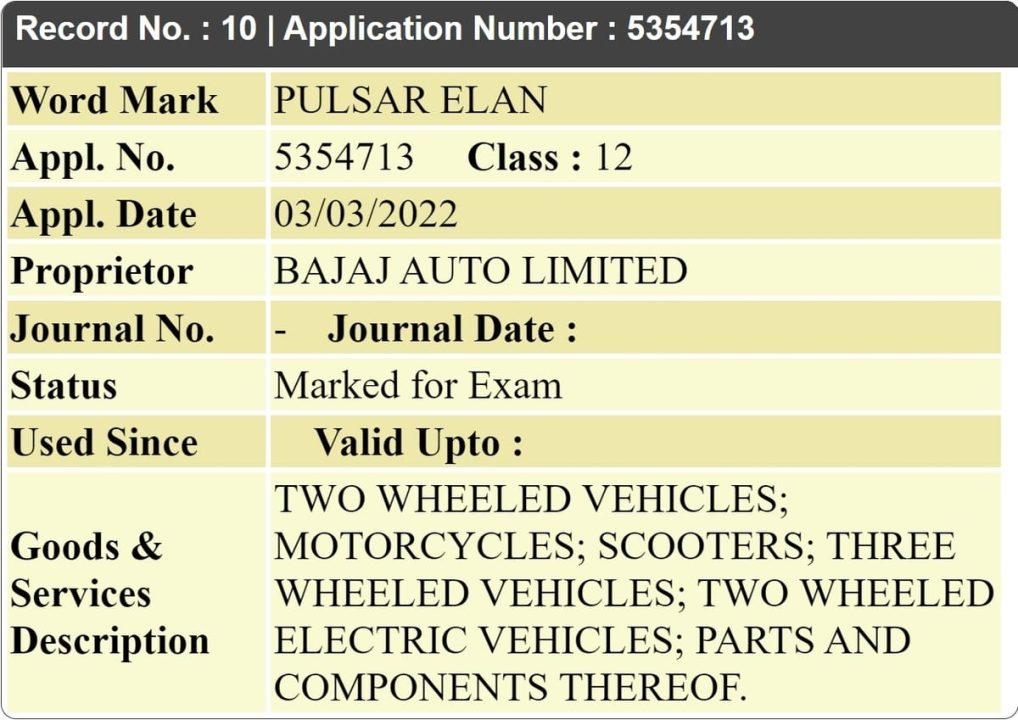 Lastly, Bajaj is also planning to expand its presence in the electric mobility space. The manufacturer is currently building a dedicated production facility for EVs in Arkudi, Pune, and we expect Bajaj to roll out a new electric model in the near future.

Of course, this is all just speculation. That said, we do expect Bajaj to release details about its upcoming models soon, or perhaps tease them.