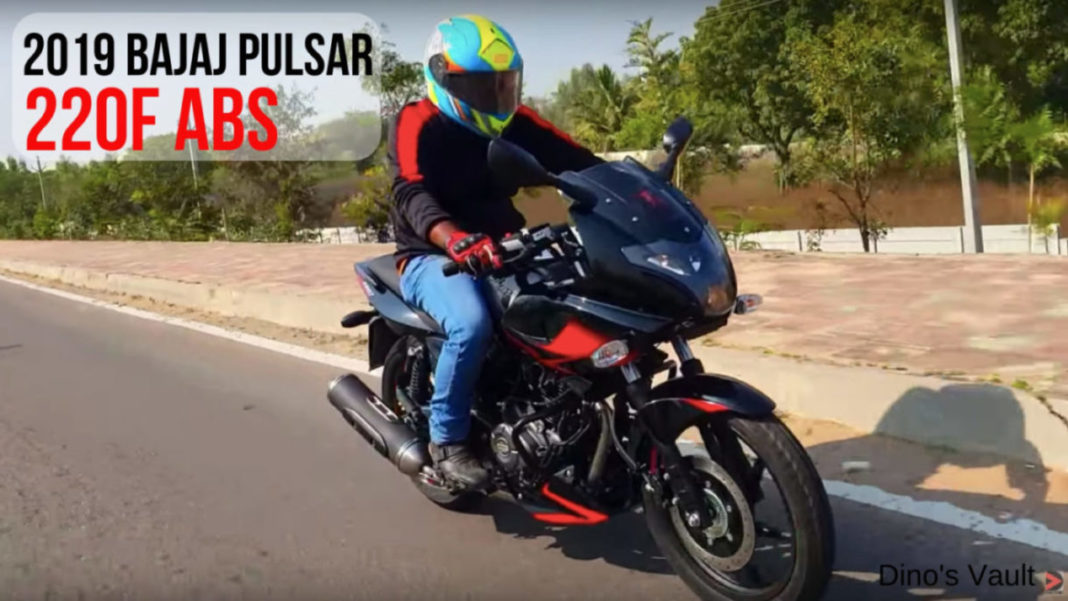 Bajaj has introduced the ABS-equipped variant of the Pulsar 220F only recently. The Pulsar 220F ABS equipped variant is priced at Rs 1.05 lakh (ex-showroom) which is approximately Rs 7,600 more than the non-ABS variant. Bookings for the motorcycle have already started at a few dealerships while we still wait for an official confirmation from the two-wheeler manufacturer.

That said, the first video review of the ABS-equipped motorcycle has emerged on YouTube recently. Bajaj has decided to equip their popular Pulsar 220F with a single channel ABS system instead of dual-channel unit. However, the single-channel ABS system also features a rear lift-off protection (RLP) which prevents the rear wheel from lifting off the ground under heavy braking.

Some other cosmetic upgrades which the motorcycle has also received include an addition of a new engine cowl which now adds a more sporty appeal to the motorcycle. In this video, you can watch the YouTuber uses hard braking and creates a panic braking situation to demonstrate the effectiveness of the ABS system.

As expected the motorcycle comes to a stop without actually locking any wheels keeping the rider safe. Unfortunately, Bajaj hasn’t made any other cosmetic updates to the motorcycle except a carbon-fibre textured sticker on the side panel. While there is no ABS sticker anywhere on the motorcycle, it gets an ABS light to the telltale indicators.

The Bajaj Pulsar 220F ABS equipped variant is available in four colour options  – chrome black, laser black with red decals, dyno red and nuclear blue with grey decals. There are no other mechanical changes made to the motorcycle and it is still powered by a 220cc, oil-cooled unit which delivers about 21 bhp of peak power and 19 Nm of peak torque. The engine is paired to a five-speed gearbox.