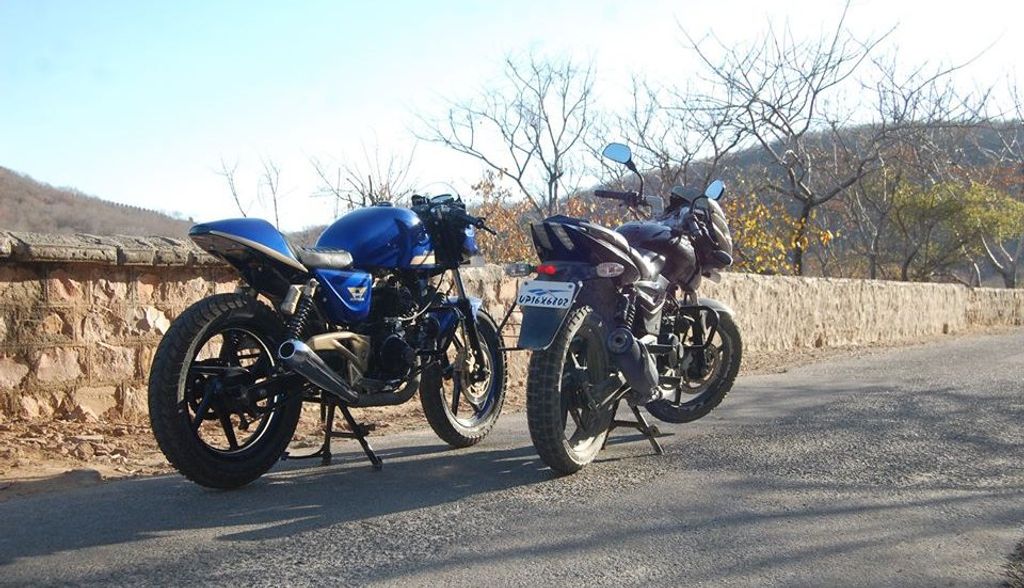 NY Customs transformed a stock Pulsar 200 into a Café Racer as they have changed all the body parts while keeping the stock engine, suspension and brakes

Bajaj Pulsar is the most popular performance bike in the country and we have already featured several modified Pulsars in which some are really good while others are weird. NY Customs based in a small town called Alwar in Rajasthan has done very few modifications and the most popular project of them was the Pulsar 200 Café Racer.

They took a stock Pulsar 200 DTS-i, which was discontinued in 2008, and given a new completely new skin. Most of the body parts have been changed but the engine, gearbox, wheels and brakes have been carried over. The changes start with a new round headlamp with a bikini fairing and a small visor on top of it.

The custom shop has also given two pilot lamps on the lower part of the headlamp. The fuel tank is a custom made unit and it comes with retro-type fuel filler cap instead of the aircraft-type one on the stock Pulsar models. The stock handlebar has been replaced by an aftermarket clip-on-type handlebar with new meter console also.

The rider seat height has been increased and they have removed the pillion seat for the café racer theme. The rear doesn’t get mud-guard and the custom shop has also given a new LED tail lamp. The number plate is placed on the left side. The Pulsar 200 Café Racer is finished in blue colour with golden graphics. 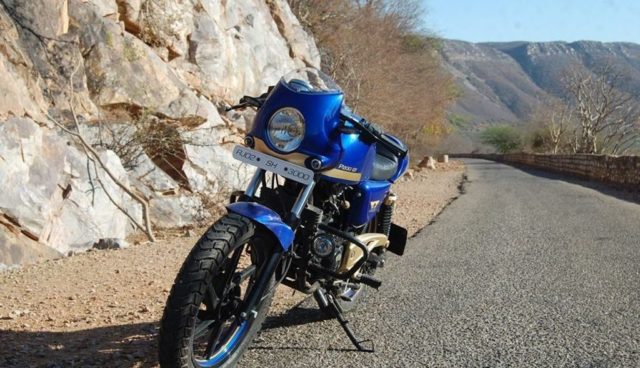 The mechanical changes on the modified Pulsar 200 include a K&N air filter along with an up-jetted carburettor. The custom shop has also given an aftermarket exhaust and these changes might have improved the performance. The Pulsar 200 in its stock state the 198.8 cc single cylinder engine produces 18.01 bhp of power at 8,000 rpm and 17.68 Nm of torque at 6,000 rpm.

This engine is mated to a 5-speed gearbox and the top speed is 120 kph. Bajaj has given 260 mm disc brake at the front and 130 mm disc at the rear. The fuel tank capacity is 15 litres and the kerb weight is 145 kgs. The Pulsar 200 comes with 130 mm telescopic forks at the front and the rear gets 5-way adjustable gas assisted Nitrox shock absorbers with vertical travel of 100 mm.