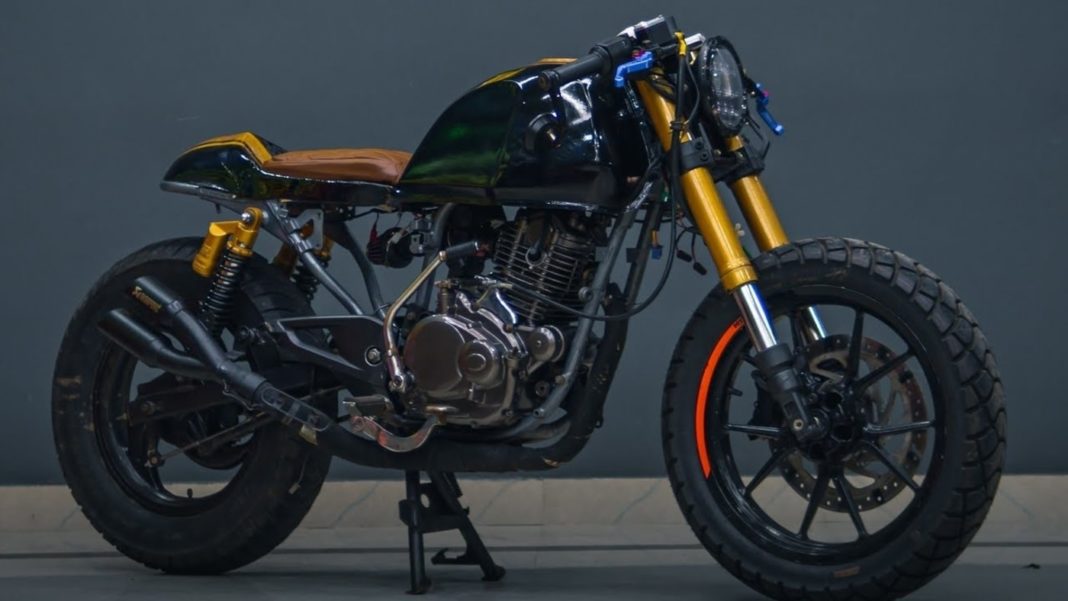 Check out this custom-built cafe racer, based on an old Bajaj Pulsar 150, which has been built by Kerala-based Nitro Street

Bajaj Pulsar was first introduced in India back in 2001, in 150cc & 180cc avatar. Since then, the motorcycle has undergone plenty of revisions and updates, including the addition of more engine options. The Pulsar is one of the most popular nameplates in the Indian two-wheeler market, thanks to its brilliant balance between affordability and performance.

The Pulsar is also quite popular among custom-builders, similar to Royal Enfield motorcycles, due to its relatively simple platform. Here, we have an extensively modified Pulsar 150, built by Nitro Street, which is detailed in the video below, uploaded by MotoMahal. The motorcycle features plenty of changes, like an aftermarket LED headlight and a pair of golden USD front forks (KTM-sourced) at the front.

It also gets a pair of aftermarket clip-on handlebars, with bar-end mirrors and custom levers, along with a KTM-sourced front disc and calliper. The fuel tank is sourced from a Royal Enfield Himalayan, and all the stock bodywork has been removed from the bike. It gets a new single seat as well, along with a fibreglass cowl at the tail-end.

The rear frame has been altered for a cafe racer look, and the rear shockers have been painted golden. There is no taillight on offer here. The motorcycle also features custom alloy wheels, with the front wheel taken from a KTM. The front tyre gets block-pattern tread, while the rear has a regular road-biased tyre. The chain cover has been completely removed, and the chain also gets a golden finish.

This particular model is a 2003 Bajaj Pulsar 150, which was back when the motorcycle first got the ‘DTS-i’ technology. The 150cc, carburetted, air-cooled, single-cylinder engine developed a peak power of around 13 PS in stock condition, back when it was new, and came paired to a 5-speed sequential gearbox. For better breathing, a K&N air filter and an Akrapovic dual-barrel exhaust have been added. 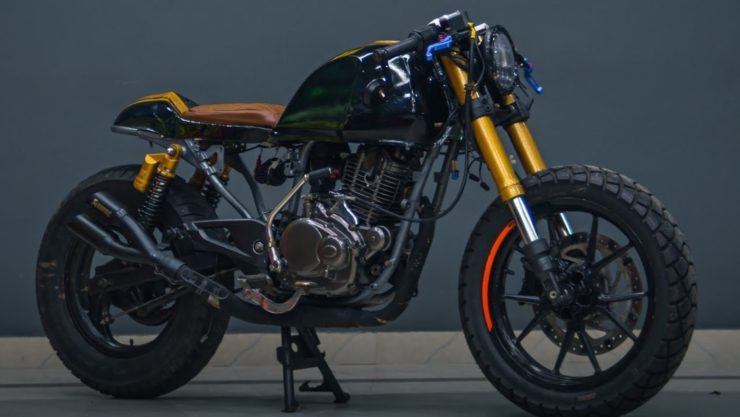 Although this custom build is a little rough around the edges, the end product is still impressive. However, it should be noted that such mod jobs have been outlawed in India. As for Bajaj Pulsar 150, it is currently available in three variants – 150 Neon, 150 (standard model), and 150 Twin-Disc – priced from Rs. 94,125 to Rs. 1.04 lakh (ex-showroom, New Delhi).