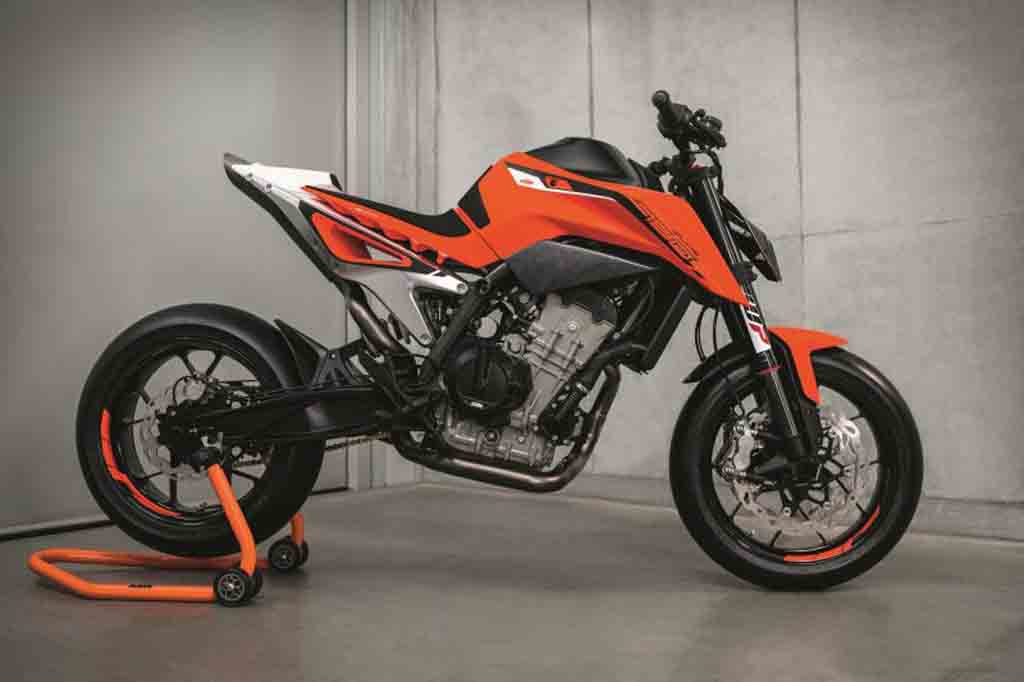 We reported last December that KTM, the Austrian two-wheeler manufacturer, has been working on a new twin cylinder 500cc motorcycle. The motorcycle will be built keeping the developing markets in mind where mid-capacity motorcycles are considered as premium offerings.

There is no doubt in the fact that the mid-capacity motorcycles are becoming quite popular in the Indian market. The upcoming KTM twin cylinder motorcycle will likely sit perfectly in the 500cc segment and will be a direct rival to the other 500cc motorcycle from their Japanese rivals.

Although there was no mention of the motorcycle, expect KTM to use the soon to be developed motor on multiple platforms. Their existing motors 373.2 cc single cylinder unit powers the sport-naked Duke and also the supersport RC motorcycle. The same engine will also power the upcoming adventure motorcycle as well that is still being tested and will be launched soon.

Their recently developed 799cc, parallel-twin motor currently powers the 790 Duke and the 790 Adventure which will likely also be launched in India. It is only logical to say that the upcoming 500cc twin cylinder motorcycle will be slightly more powerful than the existing 373.2 cc engine. The engine will most definitely be used in more than one motorcycle and thus will appeal to a wider range of customers.

Although we are not exactly sure at this moment, expect the upcoming 500cc twin cylinder engine to develop in between 55-65 hp of peak power. The upcoming Duke 790 will rival directly against the Triumph Street Triple S, Ducati Monster 821, and the Kawasaki Z900 upon arrival.