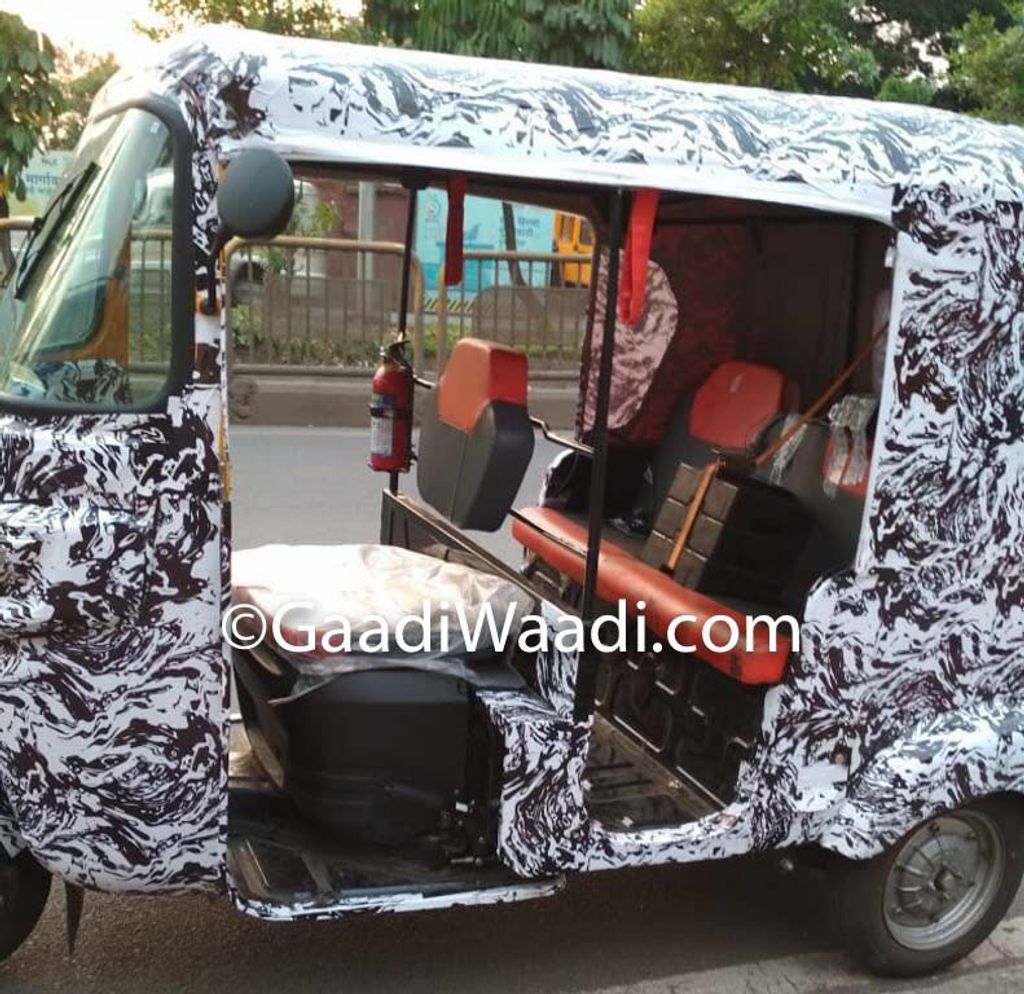 The Government of India has been taking various steps for easy electrification of cars and two-wheelers. It has also been working on the early adoption of electric commercial vehicles. So far, various manufacturers have shown a lot of interest in the electrification drive that the authorities have been pushing for.

While the easy adoption of the electric vehicles will depend on the drop in prices of the battery, driving range, and EV charging infrastructure, the manufacturers have been trying hard to become ready for the future. Bajaj has been the highest selling 3-wheeler manufacturer in India and hence, it’s not surprising to see it developing an electric three-wheeler.

The popular two and three wheeler manufacturer has been selling auto rickshaws in the petrol, diesel, CNG, and LPG formats. A prototype of the Bajaj electric three-wheeler was recently spotted testing by us. The recent sighting is a clear indicator that the project is in the penultimate stages of development. 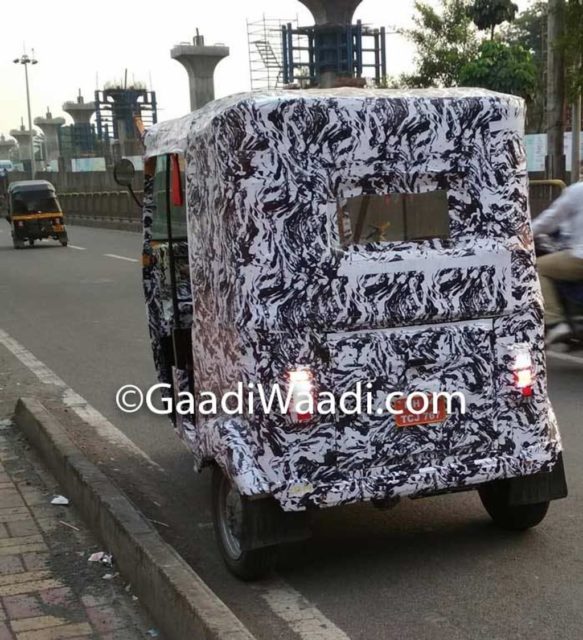 While the test mule that was recently spotted wears a heavy camouflage, its body structure looks similar to that of the regular Bajaj RE auto rickshaw. The only difference is that it is powered by an electric motor and hence, there is an absence of tailpipe.

The Bajaj Electric three-wheeler that has been spotted testing has a soft top. The bright tail lights seem to have been an updated version of those on the RE auto rickshaw. The interior has a red-black seat upholstery. Specifications of the electric motor aren’t available at the moment. However, you can stay tuned to Gaadiwaadi for more on the upcoming EV.