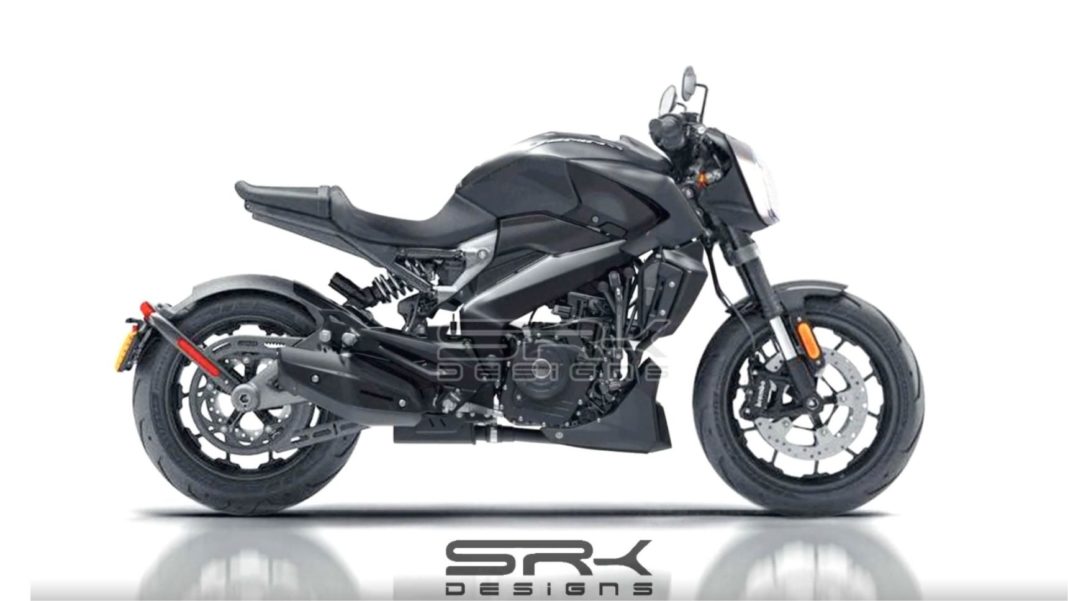 Bajaj Dominar is increasingly becoming a preferred choice of budget high capacity motorcycle buyers in India. The Dominar is a 400 cc cruiser motorcycle priced at only Rs 1.74 Lakh (ex-showroom, Delhi) and delivers 40+ bhp output, all of a more reason why a lot of people like the Dominar.

To add a bit more flair to the already good looking motorcycle, SRK Designs, an independent render artist decided to create a mashup of Dominar with the Harley Davison Livewire. While the idea of mash-up feels far-fetched, the end result incredibly drools worthy as seen in the video that reveals the whole design process of converting Bajaj Dominar 400 to the Harley Davidson Livewire.

The Harley Davidson LiveWire is the brand’s effort to move away from bulky cruiser motorcycles and was announced earlier this year for the USA market at a starting price of $29,799 (roughly translating to Rs 20.68 lakh). The muscular styling and naked design of Dominar was a perfect match to the LiveWire.

As seen in the video, the front-end has been untouched and the fuel tank also carries the Dominar design. However, SRK has added a headlamp from the Ducati Monster, leaving aside the first half of bike as it is, thanks to the muscular profile of Dominar.

What SRK has changed is the rear part which is inspired from the Harley Davidson LiveWire, adding a mono-suspension, a floating-seat, and belt-drive final system. This adds an overall appeal to the Dominar, retaining the DNA of the Bajaj’s bike and adding a flair of the Livewire.

Due to its design, Bajaj Dominar 400 is a hotbed for customizer and every consumer adds a bit or two to make the bike look even better. We have seen some crazy mod jobs on the Dominar 400 in the past.