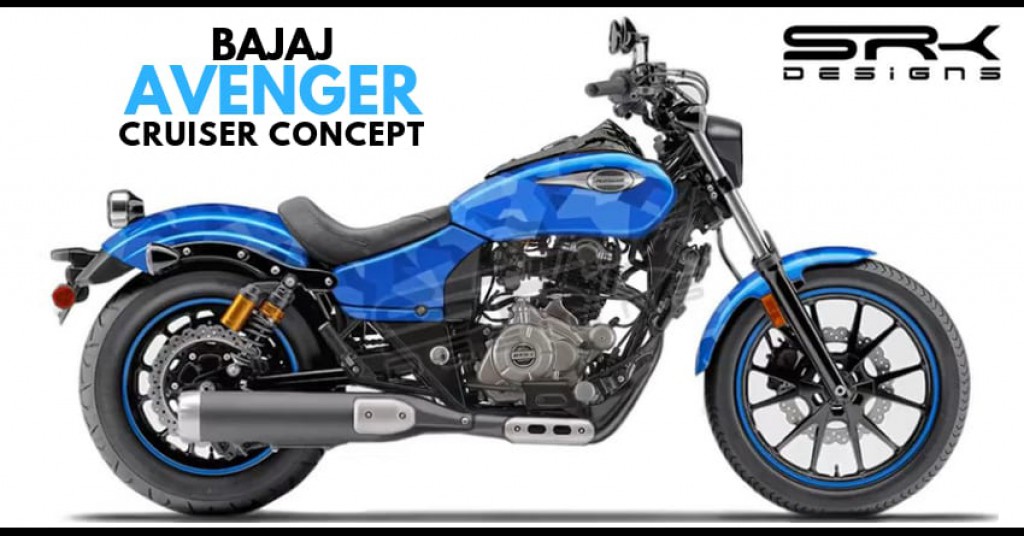 There is no doubt in the fact that when we think of an entry-level cruiser the first name that comes to our mind is that of the Bajaj Avenger. Bajaj recently updated the Avenger with a single channel ABS safety feature. Although there is still no official confirmation yet the ABS-equipped variant of the Avenger is priced at Rs 1.02 lakh (ex-showroom) which makes it Rs 6,700 costlier than its non-ABS variant.

The front fender of the motorcycle has been shortened to add a classy appeal while the stock headlamp unit too has been replaced with a different unit which looks to be inspired from a Bobber model. The cruiser has also been fitted with a slightly shorter handlebar and a different set of rear view mirrors which has helped in adding a premium look to the front profile.

The rendering artist has not made any changes to the original fuel tank of the Avenger though and thus it still retains the original shape and also the fuel tank-mounted console. The stock seats of the Avenger, however, have been replaced with a single seat unit from the Harley Davidson Street Bob.

Just like the front fender the rear fender to has been chopped off to add a more mature styling to this concept. The rear taillamp has also been repositioned on top of the fender to add a slightly retro touch to the bike. The exhaust, however, looks disproportionate and little big compared to the motorcycle.

The Avenger cruisers stock rear twin shocks have also been replaced with a gas canister and sporty springs. While both the front and rear wheels too look bigger and also gets a bigger disc and slightly fat rear tires.