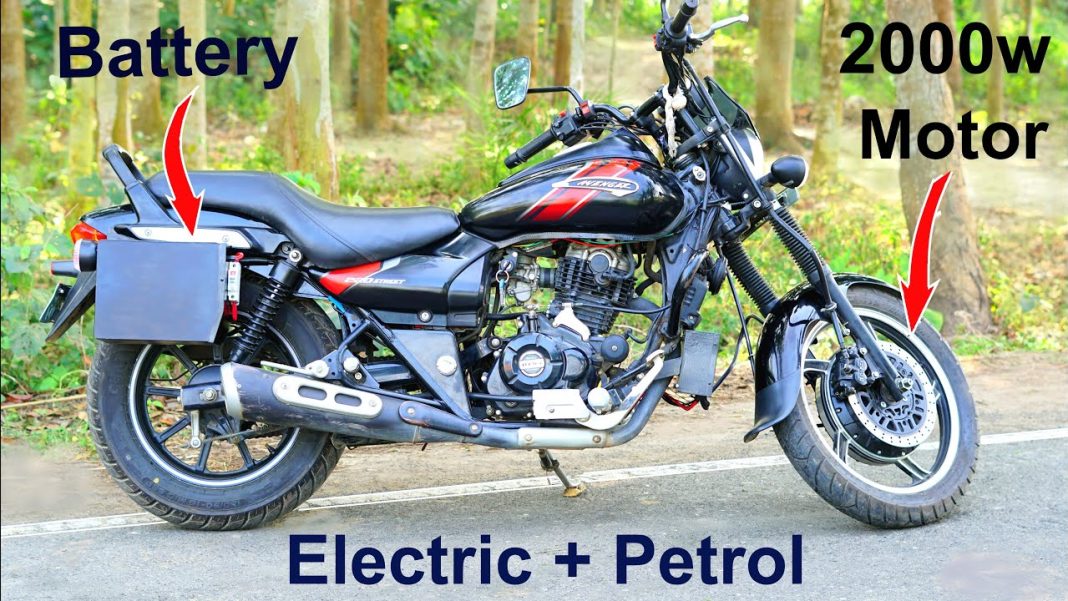 Bajaj Avenger EV conversion kit from GoGoA1 comes with a price tag of Rs. 27,760 and it can be bought online

Electric mobility solutions are on the rise and the automotive industry is certainly responding. The EV space is fledgling with more manufacturers stepping in as plenty of activity will be seen in the two- and four-wheeler categories. Particularly in the two-wheeler EV segment, many startups have emerged to have an early lead over the mainstream competitors.

The independent firms are also developing and selling EV conversion kits and are gaining popularity in recent times. We brought you some of the promising EV conversion kits recently and now a Bajaj Avenger cruiser has been modified to run on battery power. One of the key differences compared to the regular BEVs is the ability to choose between battery power and petrol propulsion.

This is essentially a hybrid kit as it can be run on the regular petrol engine or using an EV mode. The EV conversion kit is from GoGoA1 at a price of Rs. 27,760 and it can be bought online. It features a wrist throttle, disc with catcher, mounting plate, a coupler, 17-inch brushless hub motor and regenerative controller.

The Bajaj Avenger cruiser remains the same in its overall design but the inclusion of the 17-inch front wheel can be seen and it features a brushless hub motor and new mountings are installed on the front fender to house the battery pack. The electric motor can be turned on using a switch mounted on the right-hand side of the relaxed handlebar.

The front forks are re-fabricated to incorporate the new front wheel with hub motor while the front disc brake has also been modified and the rear turn signals are moved to a different position. The metallic box housing the battery pack also needs fabrications to make the project effective and the battery is installed on the front fender mounts.

A 72 volt, 35 A Li-ion battery pack is employed while a new controller takes its place with modified electricals. The electric motor switch is a convenient system to engage or disengage, and a reverse mode is also available.

The EV conversion kit works in a way that the hub motors sends power to the front wheel while the rear wheel is actuated by the regular 220 cc petrol engine and the transmission line. The pure EV model enables a top speed of 60 kmph and the claimed range stands at 40 to 50 km on a single charge. However, its legality remains a question mark!