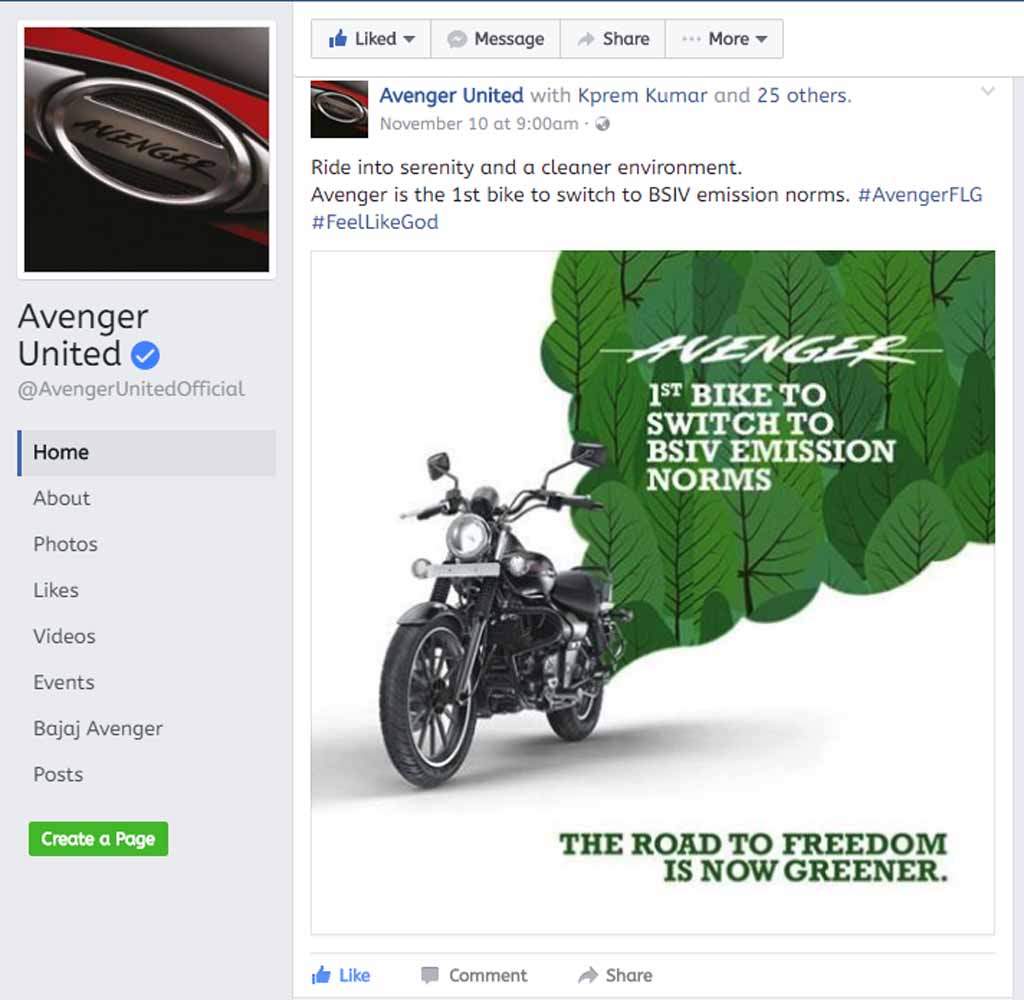 Bajaj Auto claims on Facebook the Avenger is the first bike to get BS-IV engine, official announcement yet to be made

Bajaj Auto is among the front-runners to meet new emission norms, which is about to be implemented in India soon. The company is refreshing its very popular Pulsar line-up with the BS-IV engines. While Pulsar 220F was already launched few days, the Pulsar 180 is also ready to get introduced. Apart from that, the home-grown two-wheeler manufacturer will also introduce BS-IV engine to the Pular 150, AS200 and AS150 as well. Also read: Bajaj Avenger 400 Cruiser – All You Need to Know

The updated Bajaj Pulsar models come incorporating little bit of cosmetic changes along with BS-IV engines. But, from the image posted on Facebook by the Bajaj Auto, it seems that the upgraded Avenger doesn’t get any cosmetic updates. Presently the Bajaj Avenger Street 150 is available at Rs. 76,989 (ex-showroom, New Delhi), while its bigger siblings Avenger Street 220 and Cruise 220 are priced at Rs. 87,331 (ex-showroom, New Delhi). Post BS-IV upgrade, these models are expected to come with increased price tags, which are yet to be announced.