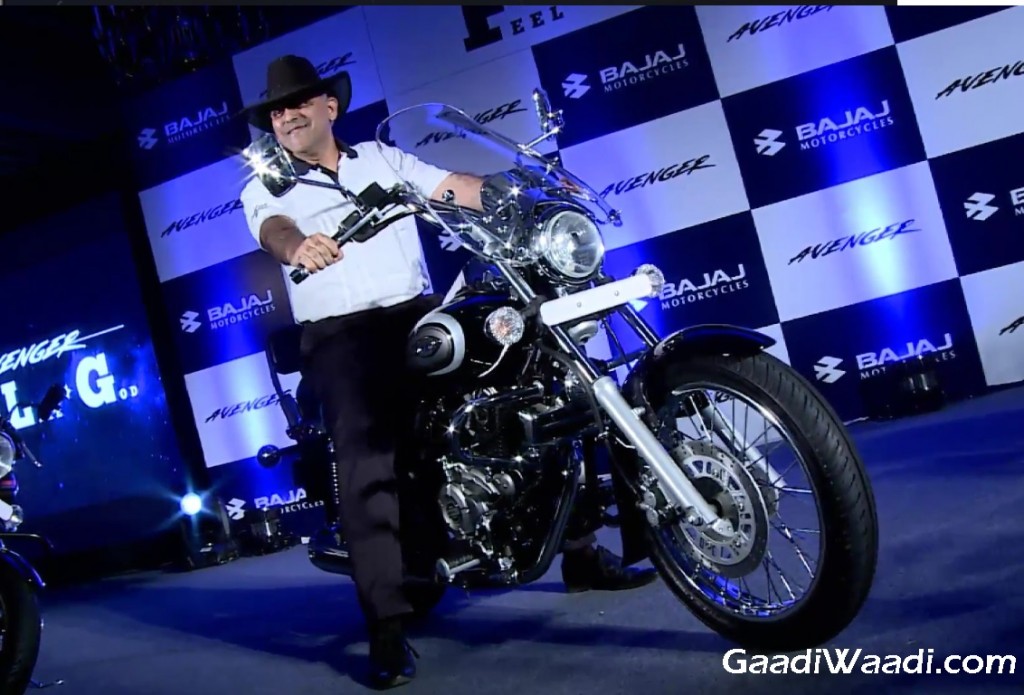 Bajaj wants to strength itself in the sports category. It plans not to do with existing Pulsar’s or new Pulsar’s now it wants to dominate the sports cruiser segment. It’s small known fact that Bajaj has been selling the Avenger over the last couple of years constantly at the rate of 4,000 units a month, which, surprise surprise are class leading numbers and something that has been hidden by Bajaj and never highlighted till date.

With these three now Avengers, Bajaj wants to make an army of sports motorcycle which include track focused, tourers, adventure and cruiser bikes. 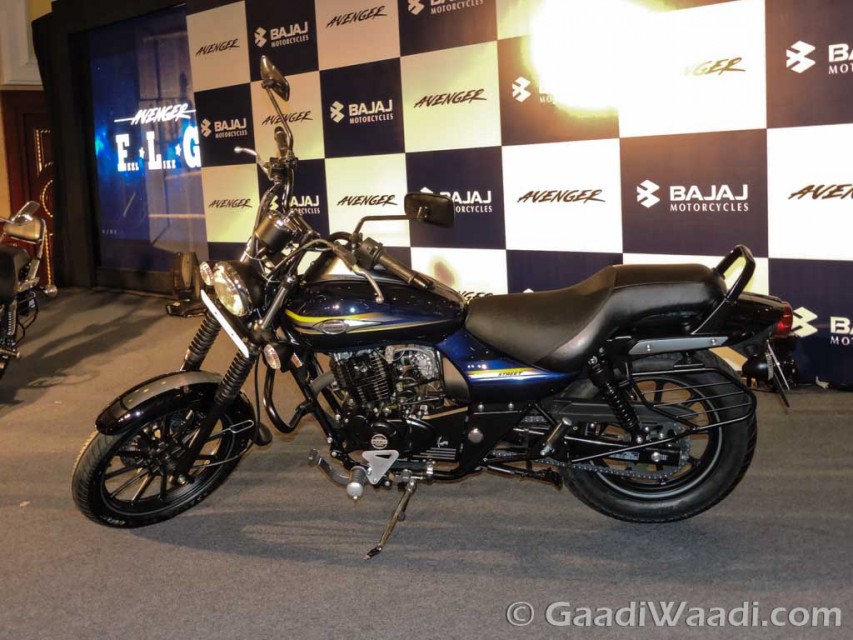 Simply put, Avenger never needed an upgrade despite the fact the 220cc engine has been upgraded silently in the Pulsar and in the Avenger as well last year. Why repair something which isn’t broken? Well for more numbers we guess.

Bajaj wants to strength this category before it launches an array of CS based motorcycles in the higher segment and as always bottom approach has been taken. 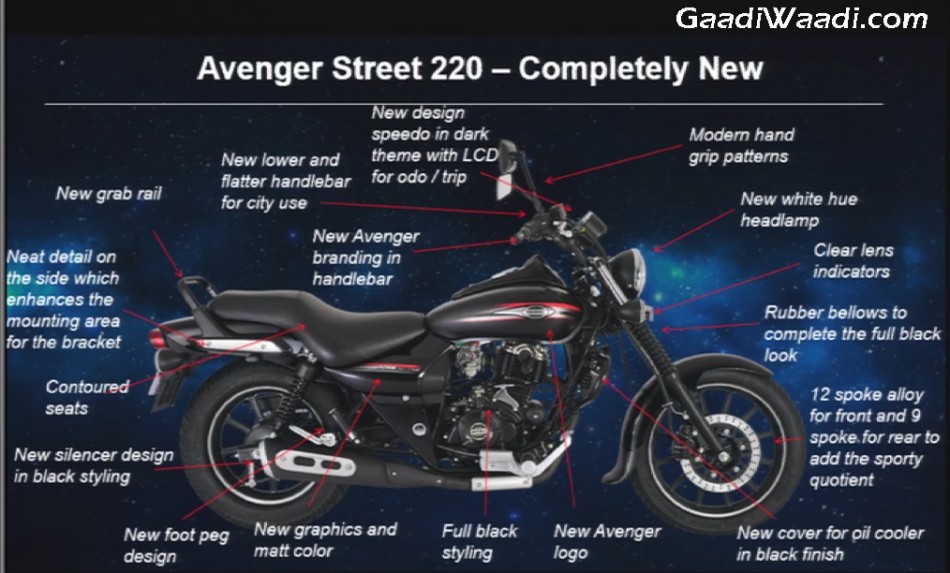 Bajaj Avenger Street 220 is similar to before in terms of styling but there are a lot of changes to ergonomic section and quality of the motorcycle. Similar looking round headlight, tank shape, seat, tail light, and a slightly stubby exhaust has been seen on the Cruise 220 variant.

Handle bars are raised higher thanks to a typical cruiser bike familiar Riser Extender on both Street and Cruise motorcycle. 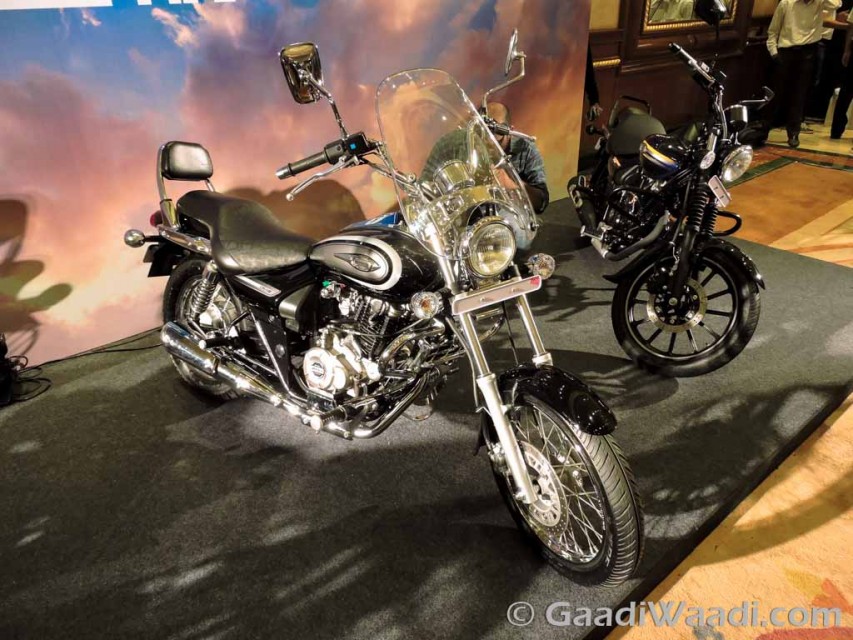 Street 220 is lighter, stealthy version for the inter city commuting in a sporty manner. Matte black as paint option along with red stripes. Gators on front forks, no windshield, no pillion seat rest. Meters remain the same on both bikes and both bikes continue to have tell-tale lights on the tank with the fuel gauge. 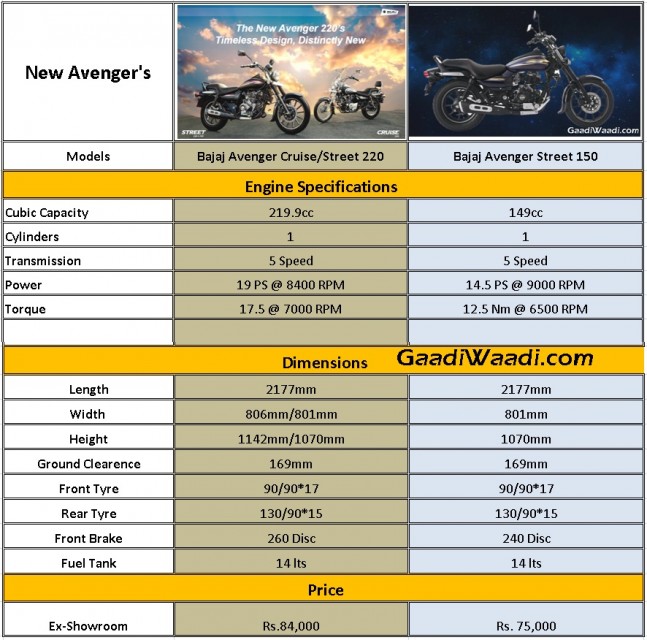 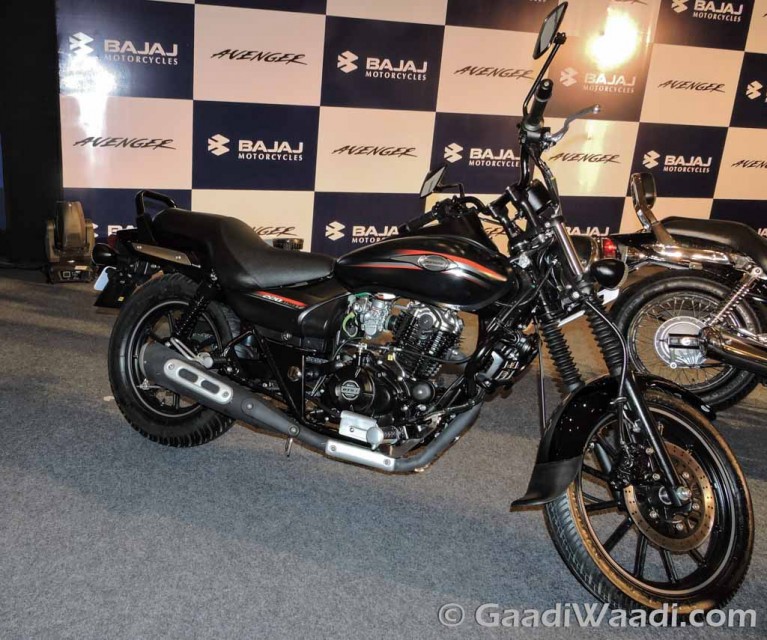 However, the Avenger 150 gets 240 mm disc instead of 260mm. The 150cc Avenger comes with an all new engine that makes 14.5 BHP and 12.5 Nm. The engine has been taken from the brand stable itself and it makes more torque, 10% to be precise is made lower in the rev range. Mid range is also said be punchier to suit the cruiser rule. 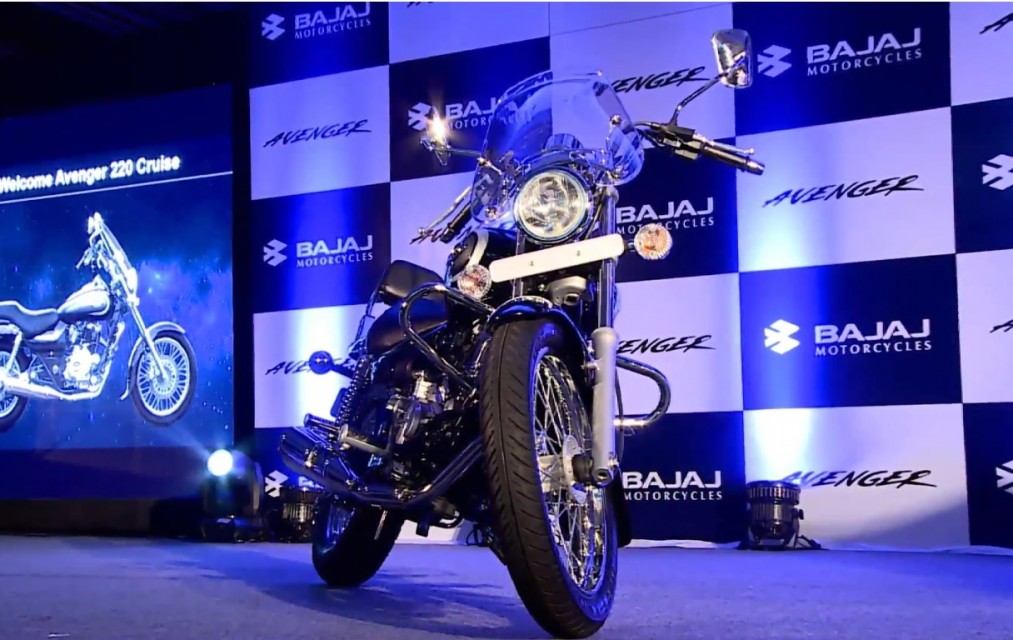