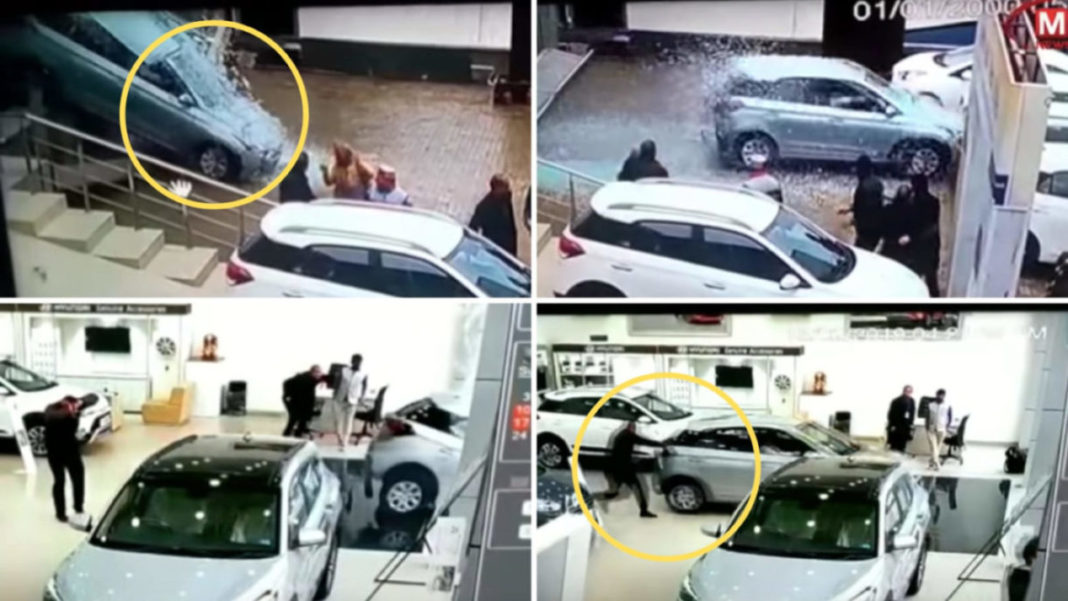 At Dev Bhoomi Hyundai Mandi showroom in Himachal Pradesh, a woman made a huge mistake on the i20 display car and ended up ramming through the glass window

There was a time when the internet was an awash with memes and banters of female drivers during parking situations. But women have proved their excellence in racing arena and for instance the 21-year-old Ana Carrasco won the World Supersport 300 Championship riding a Kawasaki Ninja 400 last year and made history by becoming the first female rider to clinch a world championship in solo motorcycle road racing.

Just over ten days ago, Britain’s Jamie Chadwick overcame some of the talented names in the world of open wheel racing and took home the MRF challenge title in Chennai and she was also the first female racer to do so. The examples of female racers outshining their male counterparts are many as the winning mentality and endurance to get to the top are the key attributes.

The reason why I am brining up the successful female racing drivers is that proper training does matter whether you drive on a race track or public roads. It is the inexperience that separates people rather than the gender, and here we have one instance that could have gone the worst way possible.

At Dev Bhoomi Hyundai Mandi showroom in Himachal Pradesh an out-of-nowhere incident took place and you could see the whole video courtesy of the surveillance cameras. A potential woman customer walked into the dealership and she was talking with presumably a sales personnel.

After the conversation, she got in behind the wheel of a Elite i20 show car placed right in the middle of a Grand i10 and i20 Active with a Tucson facing the other side. It appears that the ignition key was left in the Elite i20 and the car was a CVT. The woman seems to have accelerated dubiously and went straight through the glass window.

The footage from the surveillance cam on the outside of the showroom shows the Elite i20 jumping through the window and nearly hit a lady who might have been waiting to take delivery of another car. The woman can be seen holding on to the steering wheel even after ramming into a parked car and coming to a stop.