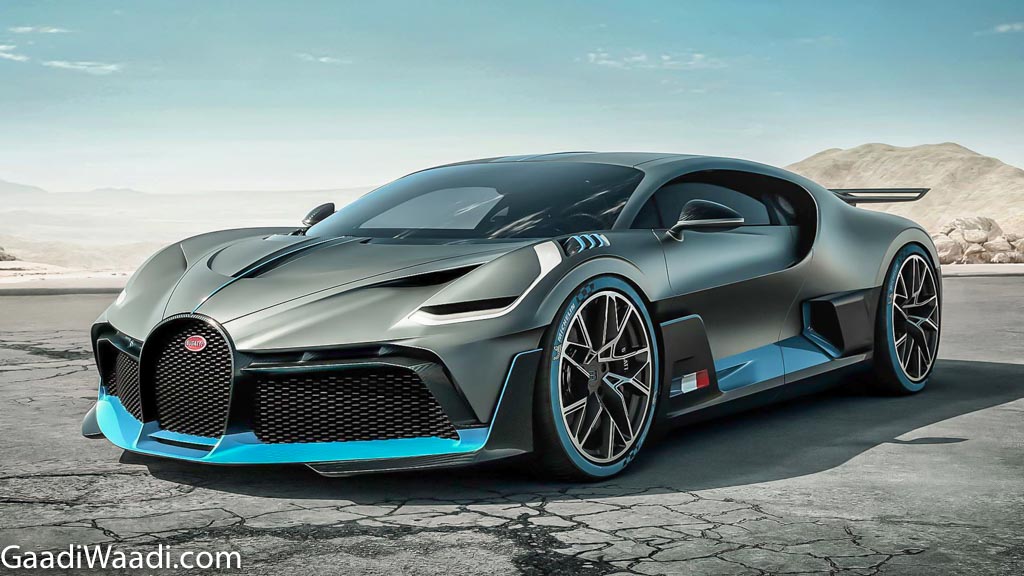 Bugatti has sent shockwaves with the unveiling of ‘Divo’ in California at “The Quail – A Motorsports Gathering”. Claimed to be significantly top-notch performing with higher lateral acceleration of 1.6 g, the Bugatti Divo is created for corner carving and features advanced aerodynamics, modified chassis and suspension, along with reduced weight of 35 kg over the Chiron.

Engineers have spent long hours to further improve Chiron’s aerodynamic prowess, and resultantly the Divo has 90 kg more downforce than the former. Underlining its cornering capability, it is eight seconds faster on Nardo proving ground in Southern Italy than Chiron and has top speed limited to 380 kmph. Another key highlight of the Divo is its evolved design language with form allies function philosophy.

The French hypercar maker says the Divo is a modern interpretation of the brand’s coach-building tradition that ultimately led to its world-beating character. Only 40 examples of the Bugatti Divo is produced and all of them have been sold out immediately with the price for each quoted at €5 million (Rs. 40.58 crore).

The Monterey gathering saw Bugatti presenting its super sports car powered by the signature 8.0-litre W16 engine producing a bonkers power output of 1,500 PS. The Divo is unmistakably a Bugatti with its styling and is named after a racing driver just like the Chiron. Albert Divo, a two-time winner of the legendary Targa Florio race in the late 1920s on the mountainous roads of Sicily with Bugatti has been honoured. 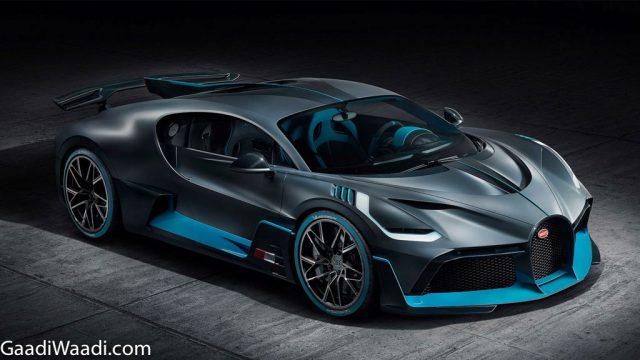 Bugatti boldly claims the steps taken to achieve Divo’s high performance and agility can be compared with overall development of Veyron and Chiron. The front cover comes with air intakes to reduce effective cross-sectional area of the vehicle and ensure improved airflow at the front.

The optimised “air curtain” enables better airflow over the body and the newly-made wide front spoiler allows for higher downforce and guides more air to the front air inlets, resulting in the cooling system receiving higher mass flow and improved overall cooling performance. These are some of the highlighting aero features in the Divo as the list goes on and on. 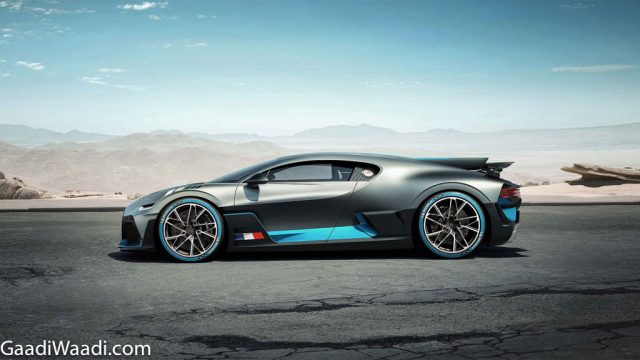 The brakes are cooled by four independent air sources on each side and a heat shield carries the hot air out through the wheels. The wheel arches are ventilated via slats on the wings and the roof is designed to form a NACA air duct. The overall developments have resulted in total downforce of 456 kilograms – 90 kg more than the Chiron.

The horseshoe shaped front grille, signature bodyline along the sides and the prominent fin are derived from the Type 57 Atlantic. The Divo Racing Blue dual-tone colour scheme emphasises a forceful impression and the fenders are painted in “Titanium Liquid Silver” with a matt finish. 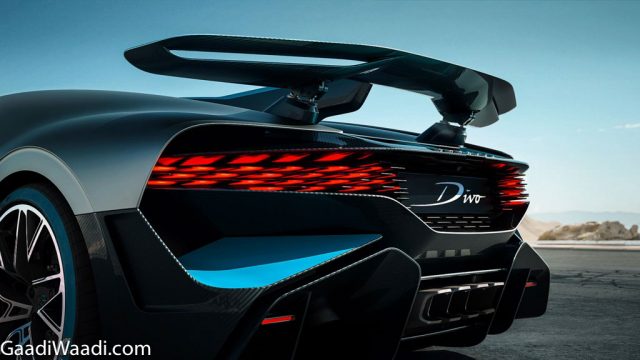 The matt version of high-gloss carbon fibre used on the outside can be found in the interior. The colour effects of the carbon tint and exterior paint are reflected on a 1:1 basis by the dark “Divo Grey” petroleum tone of the Alcantara in the interior with subtle contrast and glass-blasted anodized grey surfaces of the metal parts.