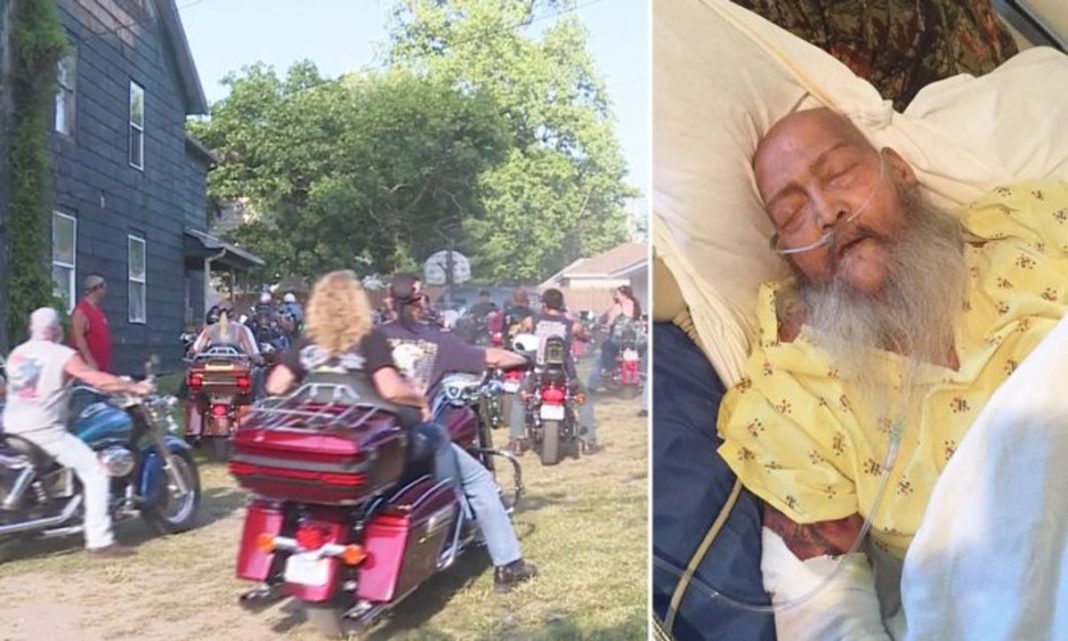 The last wish of John, who was an avid bike, was to hear the roar of Harley Davidson

Bikers always have a special feeling inside the heart for the bike they love the most. Even if they are young or old, it is always the same. Jon Stanley an avid 61-year-old biker sadly had terminal cancer and he was relying on a respirator to breathe as he couldn’t move to walk because the condition was too bad.

His final wish was to hear the roar of his beloved Harley once again. Michael Smith Brother-In-law of John Stanley contacted David Thompson, who is a local biker. Thompson put an SOS on Facebook to inform fellow riders and enthusiasts across the country about John’s wish and requested everyone to assemble near his home.

His message went viral and within 6 hours almost 200 fellow bikers turned up at this house as some of them have travelled a long distance to reach John’s house. All the bikes were around John’s house and they started revving the engines, because of the exhaust note the windows were vibrating a lot and John could feel it. 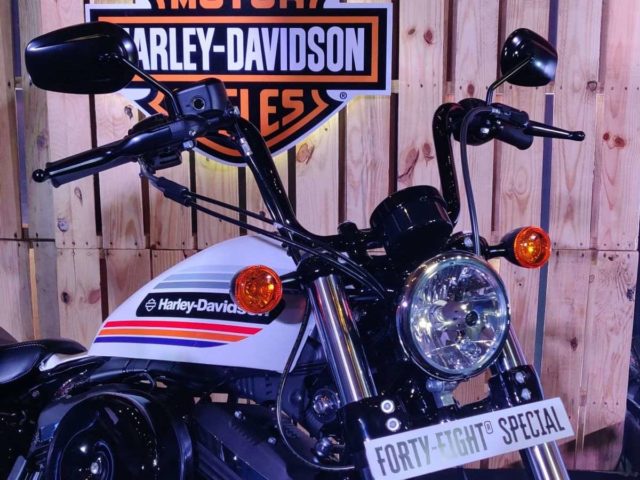 Then John family decided to take him outside and to sit him in a sidecar, so he could enjoy the roar even more. John recently bought a new Harley Davidson and he just rode three times only. Most of the fellow bikers were emotional as it showed how much John loved motorcycles and riding.

John raised his hand as gratitude for fellow enthusiasts. His wife said that “The last thing he heard, the revving, the bikes. I know he’s happy,”. John’s granddaughter said that “Knowing that all this happened for one man. All he ever wanted was him and his wife on that Harley.” After two hours, John passed away as he was lying in the hands of his wife.

Thompson posted on facebook that “Sometimes a dying person’s last wish is just to hear the sound of a Harley in their window. This is Jon Stanley he has terminal cancer. I personally met with his family this morning and learned Jon is a vet and was an abate member who has ridden for years”.