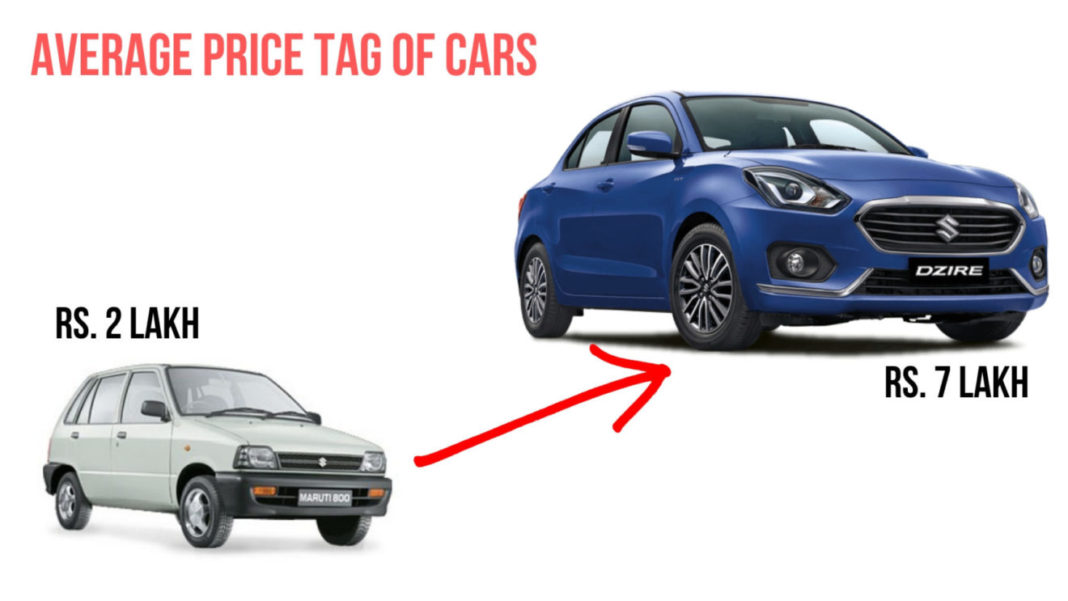 The highest selling car last year was the Maruti Dzire, which is available in a price range of Rs 5.69-9.54 lakh (ex-showroom, Delhi)

Indian car buyers seem to be moving up the price ladder when it comes to the purchase of cars. Last year’s sales data shows that the highest-selling model was the Maruti Dzire, which sold 264,612 units. The compact sedan sold more than the traditional top seller, the Maruti Alto, by a small margin, which settled in the second spot with an annual sale of 256,661 units.

Also, the average price tag of cars sold in India is now almost ₹ 7.7 lakh. This is a clear indicator of the increased buying capacity of the new car buyers. Interestingly, the Maruti Dzire alone has managed to generate as much revenue as that of the entire lineup of Toyota.

Market studies indicate that Tata Motors, which has a vast line up of modern cars, should see an increase in sales in the future. The models from the Nissan-Renault alliance are fast losing favour as the entire range of vehicles needs to be freshened up. Even the Honda models, which once enjoyed a premium brand image, are now losing popularity due to the over-reliance on the Brio platform. 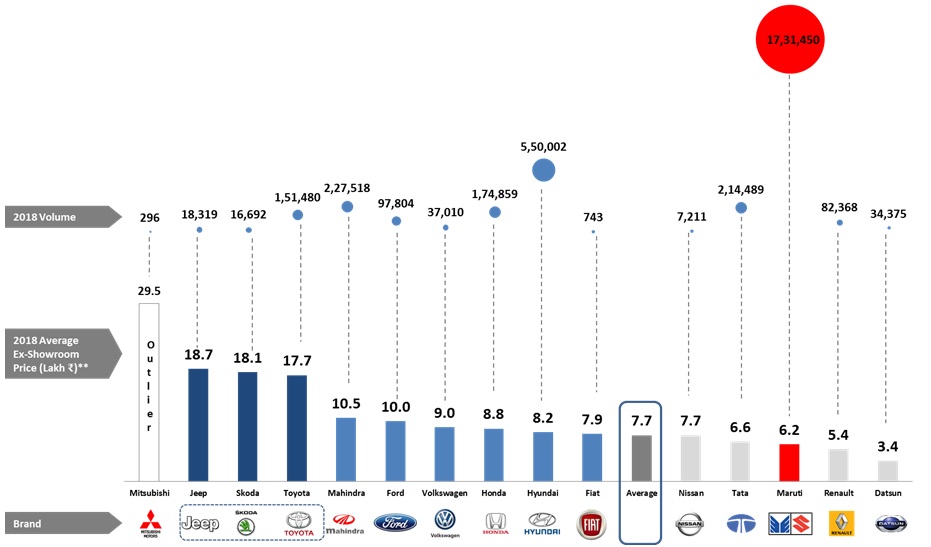 Coming to Ford, which is known to have only one decent-selling product at one time, is currently not performing too well. The Figo and Aspire haven’t found many buyers, while the EcoSport has got too old. The Endeavour hasn’t managed to leave a dent on the sales of the Toyota Fortuner.

Mahindra is doing pretty well due to the strong demand for products like the Bolero, Scorpio, and the XUV500. Its recent launch, the XUV300, has got a good response and should help the company find more customers.

Among the companies that have high-value products, it’s Toyota that is doing good business. While its volumes remain low, the higher margin on every vehicle has helped them earn a sizeable revenue. Skoda and Jeep are also not doing too badly by using the same strategy as their margins are high in spite of the low volumes.

However, what’s worrying for them is that the brands suffer from poor after-sales, which is turning into a low footfall at the dealers. Hence, their margins are bound to suffer unless they take note of the situation and make the required amends.