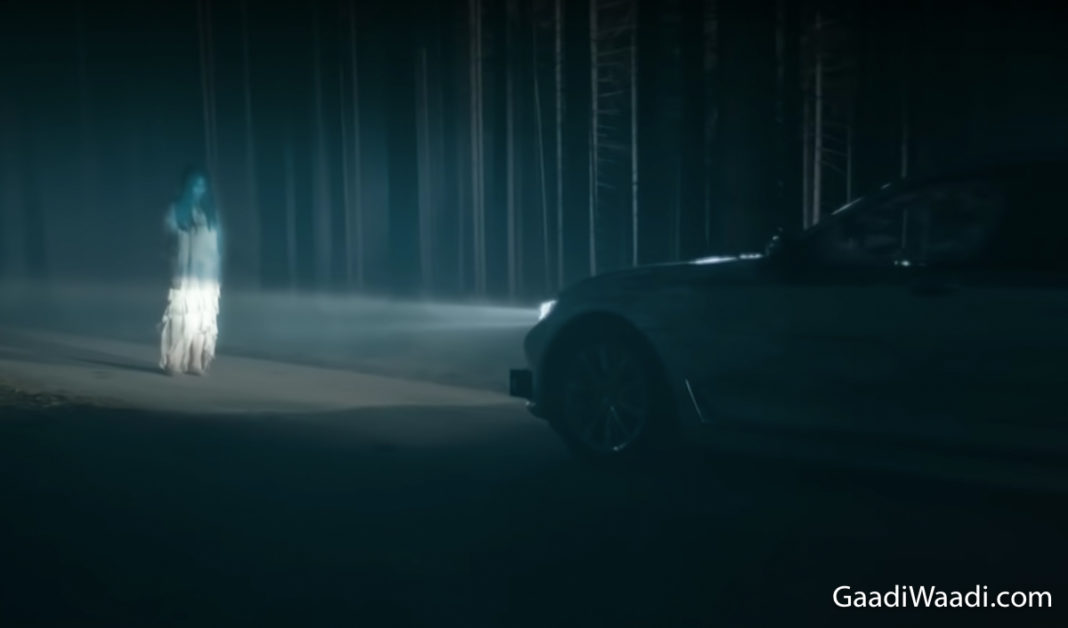 Like Electric Cars, the next big revolution in the automobile industry is going to be the autonomous driving tech in which future cars will be able to drive themselves from one place to another without the need of a driver. BMW recently released a new promotion video of autonomous driving tech and the video is trending in social media thanks to its theme.

During the start of the video, we can see the BMW 7 Series Prototype with autonomous driving tech going through a jungle. Then a ghost appears in the middle of the road and the car senses this and stops immediately. But when she sees that there is no driver inside the car, she became frightened and ran away.

The company recently announced a new High-Performance D3 platform, which is Data Driven Development as the initial aim is to process and collect five million km of real driving data and from this 2 million km relevant data will be taken to develop the software required for driving the autonomous vehicles.

The company currently has around 80 7 Series prototypes fitted with autonomous driving tech and they are testing it in the west coast of US, Germany, Israel and China. The different terrains and climate controls will help the engineers to improve the driving tech. BMW plans to increase its fleet to 140 cars by the end of 2019.

The company has announced a new partnership with Daimler earlier this year to develop autonomous driving tech. The new collaboration will help them to develop these systems efficiently and faster. The level 3 automated driving system is expected to be introduced in the upcoming BMW iNEXT EV and Level 4 will reach the market by 2025.