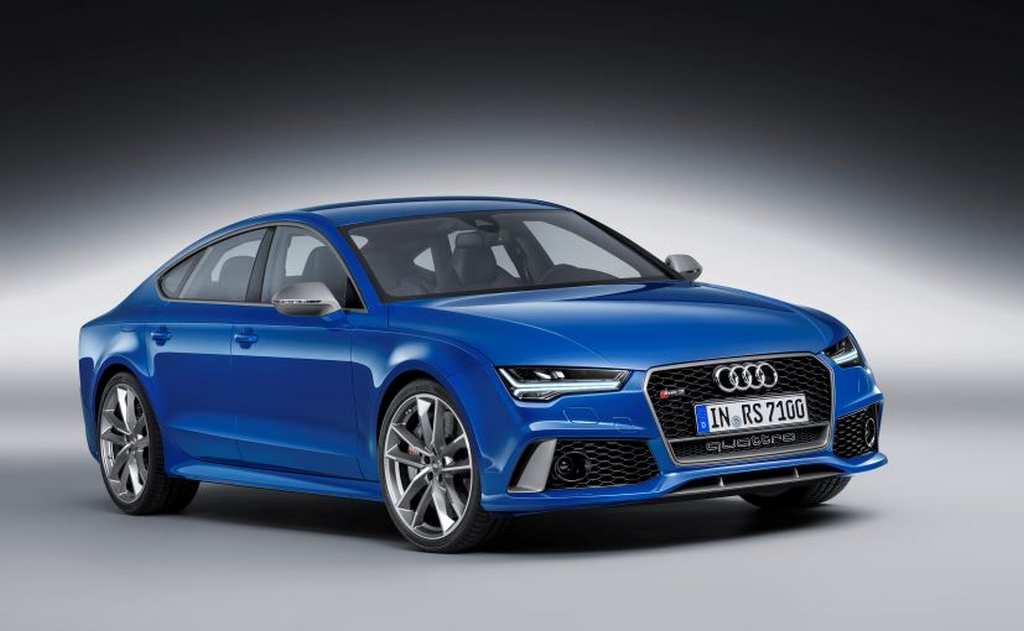 Audi RS7 Performance model gets powered by the regular 4.0-litre V8 engine that produces 605 horsepower and 750 Nm of peak torque when overboost function is activated

The Indian arm of luxury manufacturer Audi has introduced the RS7 Performance model for the domestic market at a whopping price tag of Rs. 1.60 crore (ex-showroom, New Delhi). It is brought into the country through CBU channel. Based on the A7 sedan, the performance derived variant uses the same 4.0-litre twin turbocharged V8 motor which is now good enough to produce a maximum power output of 605 horsepower.

Up by a massive 45 horsepower over the regular peak output of the engine, Audi has decided to stay put with similar torque as the RS7 Performance produces 700 Nm – quite some thumping even without change in numbers. However, for the enthusiasts who want to eke more out of the engine, Audi has incorporated an overboost function which when activated pumps up the torque to 750 Nm for a brief period of time while running flat-out. The transmission is same as the standard car too as the eight-speed automatic gearbox sends power to the Quattro all-wheel drive system. With the massive engine output of 151 hp per litre, the car can sprint from zero to 100 kmph in just 3.7 seconds. The Audi RS7 Performance features aggressive bumpers with larger air intakes, sporty honeycomb grille, and standard Audi Matrix LED headlamps among others. It is being offered with Bose audio system as standard while Bang & Olufsen unit can be ordered from the optional list. It also gets Independent Sports Air Suspension, RS exhaust system, optional Dynamic Ride Control and ceramic disc brakes among others.