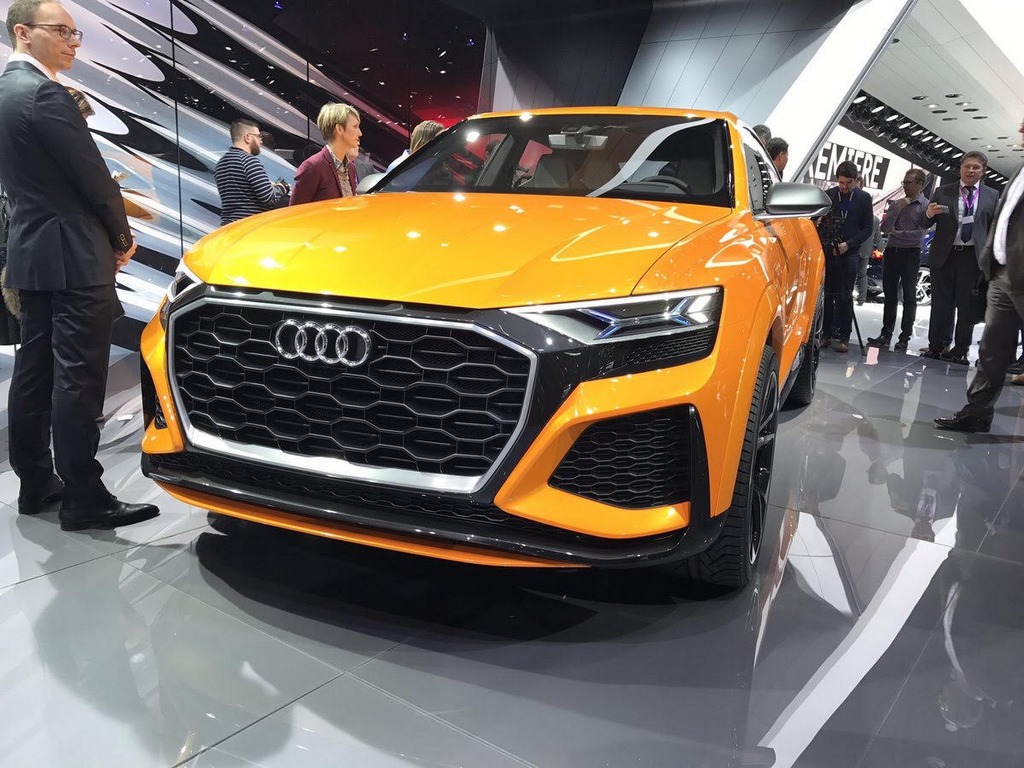 Audi rolled up its sleeves and introduced a slew of performance oriented cars at the ongoing 2017 Geneva Motor Show in Switzerland. The Q8 concept is a no stranger as we had already analysed as soon it came out of the curtains in Detroit back in January. The Sport version based on the Q8 concept unveiled will be giving way to a production performance SUV that will be slotted in the top-end of the scale.

In the existing portfolio, only the Q3 luxury SUV has received performance treatment from Audi Sport. In foreign markets, it has been well received as the Ingolstadt-based manufacturer is pushing to get more out of the RS and S badges with more performance models. In the midst, the big Q8 Sport crossover coupe concept has all the bells and whistles to fit that bill. The Q8 Sport concept is 30 mm shorter than the Q7 and is the second Q8 concept to be unveiled thus far. It runs on a newly developed petrol-electric hybrid powertrain claimed to achieve 0-100 kmph acceleration in just 4.7 seconds while capable of an overall range of up to 1,200 km courtesy of 0.9kWh lithium ion battery pack. The driveline will feature in upcoming Audi models and it consists of a turbocharged 3.0-litre V6 direct injection petrol engine making combined output of 369 bhp and 700 Nm torque. The busy front bumper houses enlarged air ducts and a black splitter on the lower side. The revised headlamps have dark inserts with the quirky X-shaped LED graphics while the black mirror housings and black sills underneath the doors emphasise the sporty stance. The rear fascia gets full width LED tail lamp within a black panel and the lower bumper portion adopts black diffuser and oval shaped exhausts, a signature design element of Audi’s performance line.