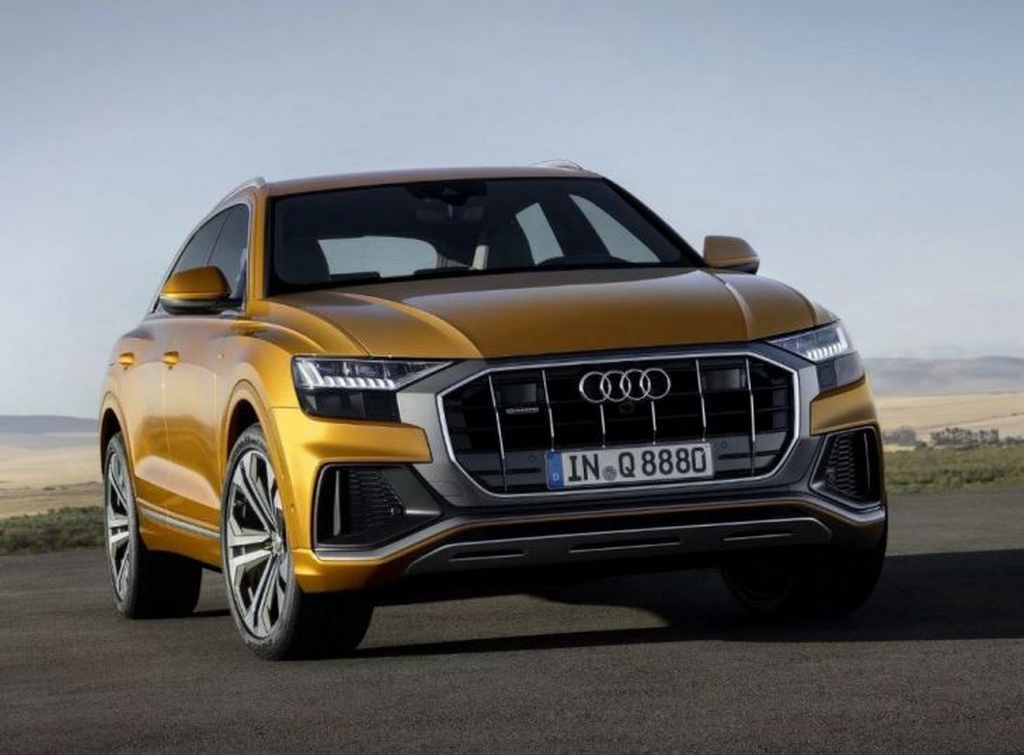 Currently, Q7 is the range-topping SUV in Audi’s India lineup. However, the launch of Q8 next year will change the things a bit

Audi earlier had plans to launch the Q8 in India by the end of this year, however, the launch for Audi’s most premium SUV has now been shifted to early 2020. Since Audi is giving the upcoming 2020 Auto Expo a miss, a parallel launch of the Q8 makes sense.

The Q8 will be brought in India as a CBU, and will likely have a starting price of Rs 1 crore (ex-showroom), which will put it right above the Q7, Audi India’s flagship SUV in its lineup.

In terms of design, the Q8 features Audi’s signature single-frame grille, in an octagonal design. It sports HD Matrix LED headlamps with 3D effect DRLs at the front, along with large air intakes. The Q8 gets a sloping roofline which makes it look coupe-like. 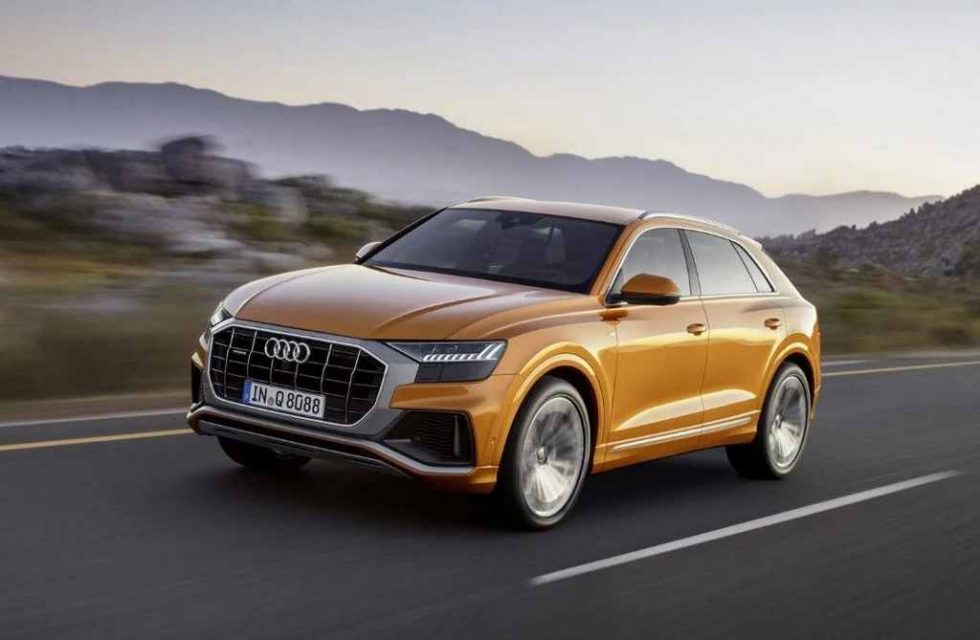 At the rear, it gets a skid plate with twin exhausts on each end. The taillights are connected with an LED strip running across the boot lid, which gives it the appearance of a single unit. The rear spoiler, and the fact that the car gets frameless doors are just the icing on the cake and make the Q8 even more handsome. The massive 22-inch alloy wheels which are the largest stock wheels that Audi offers, give the car a beefy appearance.

The Q8 comes with three-zone automatic climate control, a 12.3-inch digital instrument cluster along with a 10.1-inch touchscreen infotainment system with Apple CarPlay and Android Auto connectivity, and an 8.6-inch touchscreen for the HVAC controls housed right below the infotainment unit, as standard. 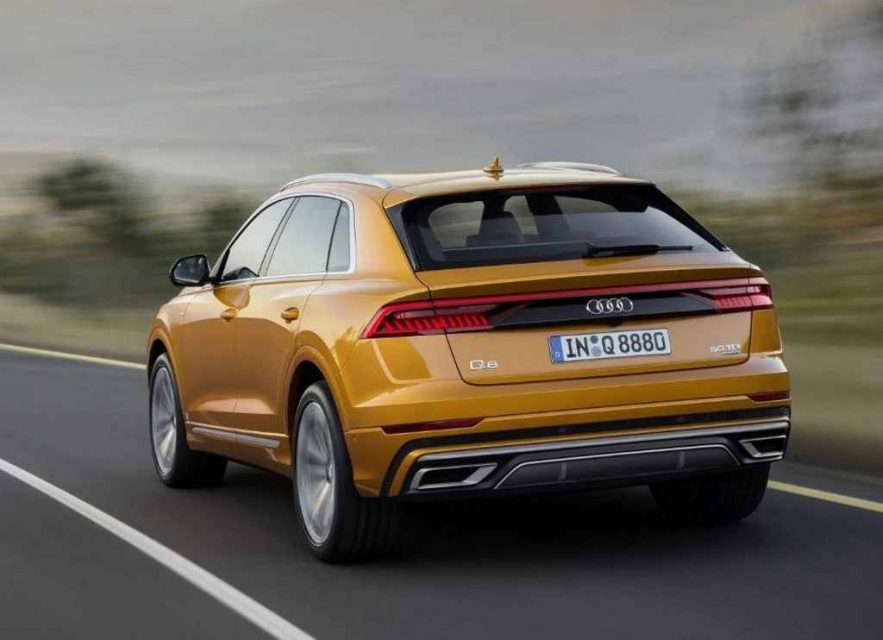 Some other features including adaptive cruise assist, efficiency assist, crossing assist, lane change warning, curb warning, and a 360-degree camera are also likely to make it to the India-spec Q8.

Since Audi had earlier confirmed that it will only be bringing petrol engines to the Indian market, the upcoming Q8 will be offered with the 3.0-litre TFSI V6 petrol engine, that produces 335 HP of max power and 500 Nm of peak torque. 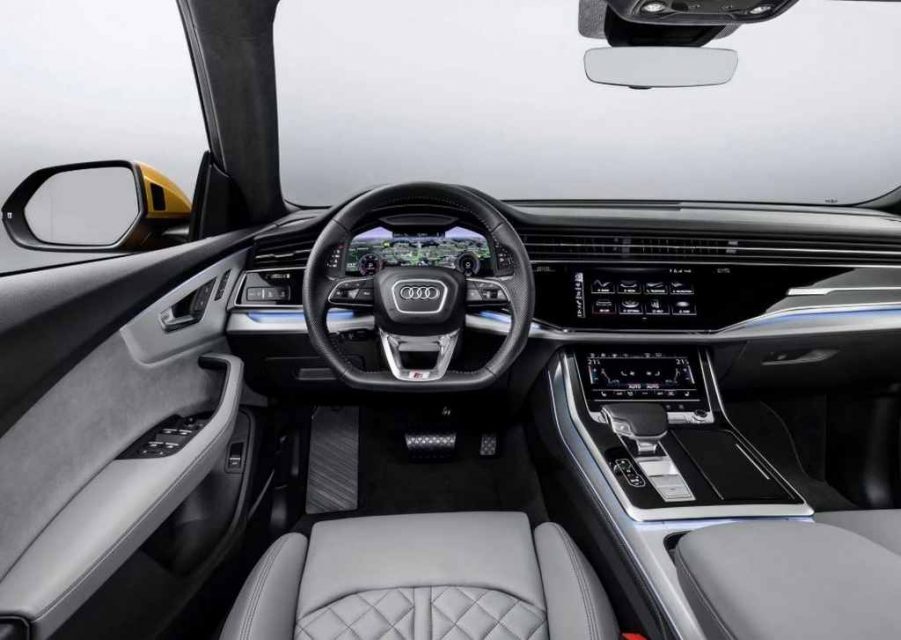 The engine will come mated to Audi’s eight-speed Tiptronic automatic transmission, along with the Quattro AWD configuration. Upon launch, the Audi Q8 will put up against the likes of Range Rover Sport, Porsche Cayenne, Mercedes-Benz GLE Coupe and the upcoming new BMW X6.