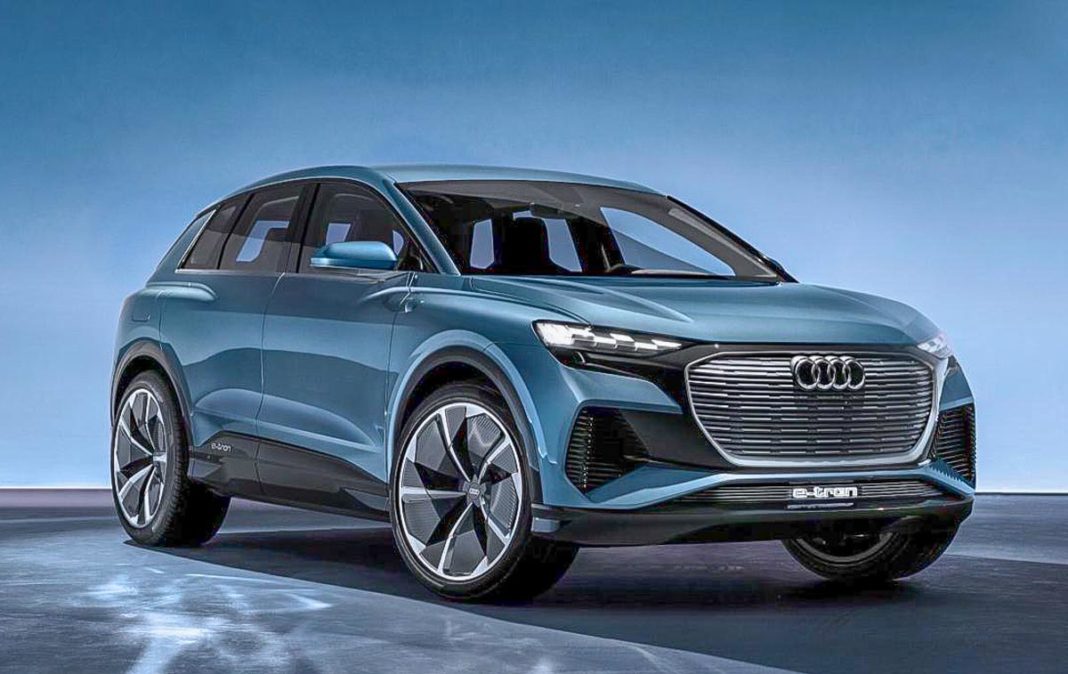 Audi has a busy show floor at the 2019 Geneva Motor Show as it is unveiling futuristic concepts and plug-in hybrid powertrains of the existing models like Q5, A7 and A8. Grabbing the limelight at Audi’s booth is certainly the Q4 e-tron all-electric SUV concept due to a number of reasons.

The fifth pure electric model from the brand’s range will be rolled out of the production lines towards the closing stages of next year and the concept acts a precursor for what we can expect from in the road-going model. Audi did send shockwaves when the production e-tron made its debut in September 2018.

Appreciated for its brake energy recovery system and the suppleness of electric drivetrain, the e-tron is the first of a series of twelve EVs planned for the next six years. It could be trying to garner a similar attention with the Q4 e-tron and it already impresses on paper with a claimed driving range of more than 450 km on WLTP cycle. 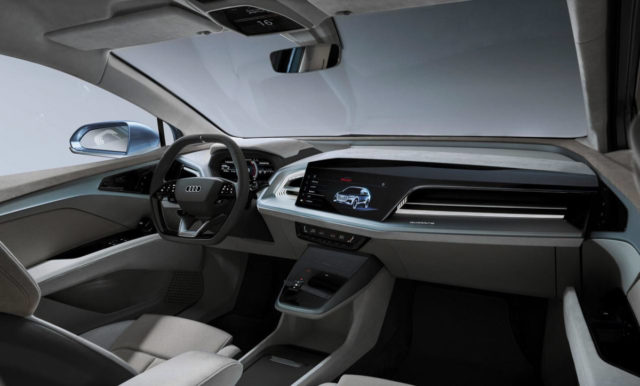 It utilises two electric motors to generate 225 kW (300 horsepower) peak performance while the rear motor itself is capable of 150 kW (200 hp). The latter remains continuously active and is responsible for acceleration most of the times while the front axle fitted electric motor supplies 75 kW (100 hp). The twin motors effectively make the Audi Q4 e-tron all-wheel-drive.

The Ingolstadt-based manufacturer claims an electronically limited top speed of 180 kmph while the zero to 100 kmph acceleration is dealt in just 6.3 seconds. Interestingly, the 82 kWh battery pack can be fast charged with 125 kW capacity as it can be replenished to 80 per cent in just about half an hour. 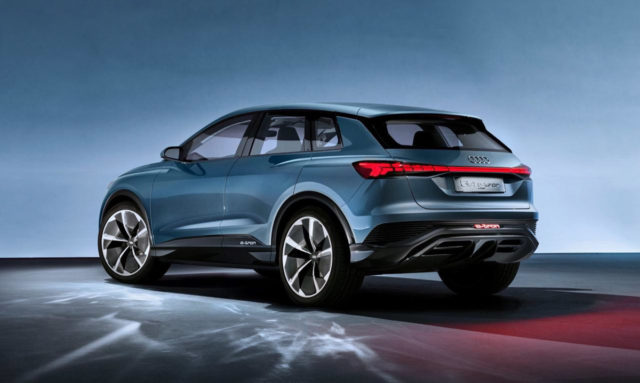 Based on the flexible MEB platform devised by VW Group, the Audi Q4 e-tron measures 4.59 metres in length, 1.90 metres in width and has a wheelbase of 2.77 metres. The brand says the concept has “unprecedented level of room comfort” mainly in the front and rear legroom department.

The colour coating reflects sunlight close to infrared spectrum making the car cooler inside as Audi thought ways of intelligently improving the vehicle. The Q4 e-tron’s production will be followed up by e-tron GT in 2021 that made concept debut back in Los Angeles last year. Audi could bring in full electric EVs like the Q4 e-tron into India in the near future.