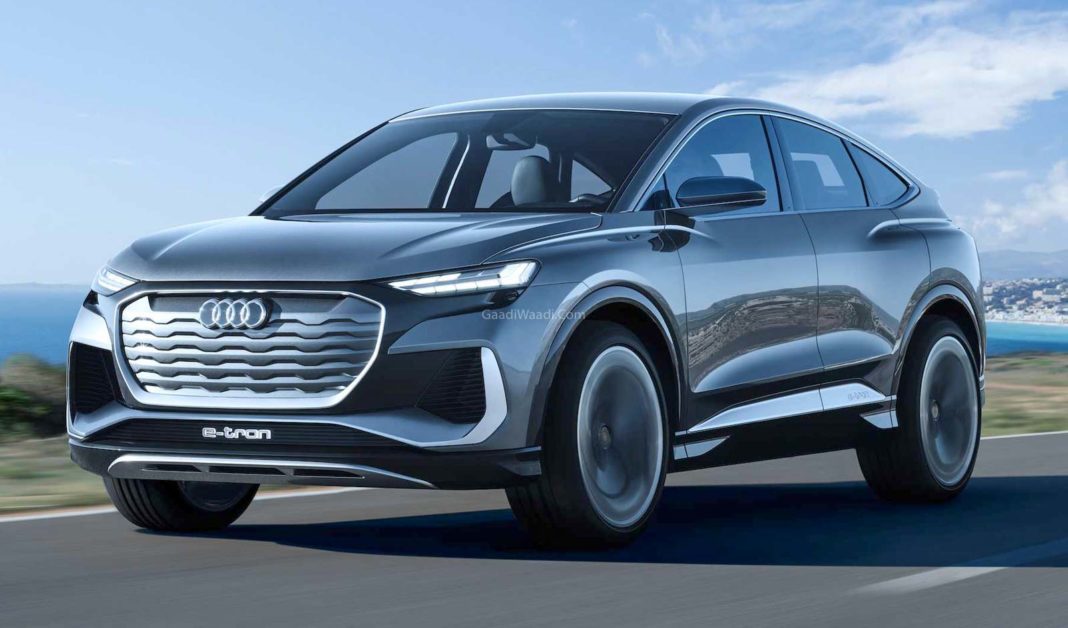 Audi Q4 E-Tron Sportback Concept is claimed to do 0-100 kmph in 6.3 seconds and has its top speed limited to 180 kmph

Audi has vowed launching as many as 20 new electric vehicles by the middle of this decade and the latest development is the Q4 E-Tron Sportback concept, which will go on sale next year to join the E-Tron SUV and the E-Tron GT sedan. Upon its arrival, the Q4 E-Tron Sportback will become the seventh all-electric model the brand has ever manufactured.

The good thing about the concept is that it is almost production ready and the styling will certainly be toned down in its road-going avatar. It has sharp body panels, chiselled surfaces and contoured elements while boasting a sloping roofline with chromed window lines and sleek wing mirrors. The faux front grille with metal inserts is identical to that of the E-Tron.

Up front, the slender LED headlamps is similar to the Q4 E-Tron concept and the rear gets the signature lighting bar covering the width of the crossover just below the Audi logo. The large rear glass does remind us of fastback body style but the Q4 E-Tron Sportback will be looking to leverage craze for coupe-styled SUVs among customers with battery power. 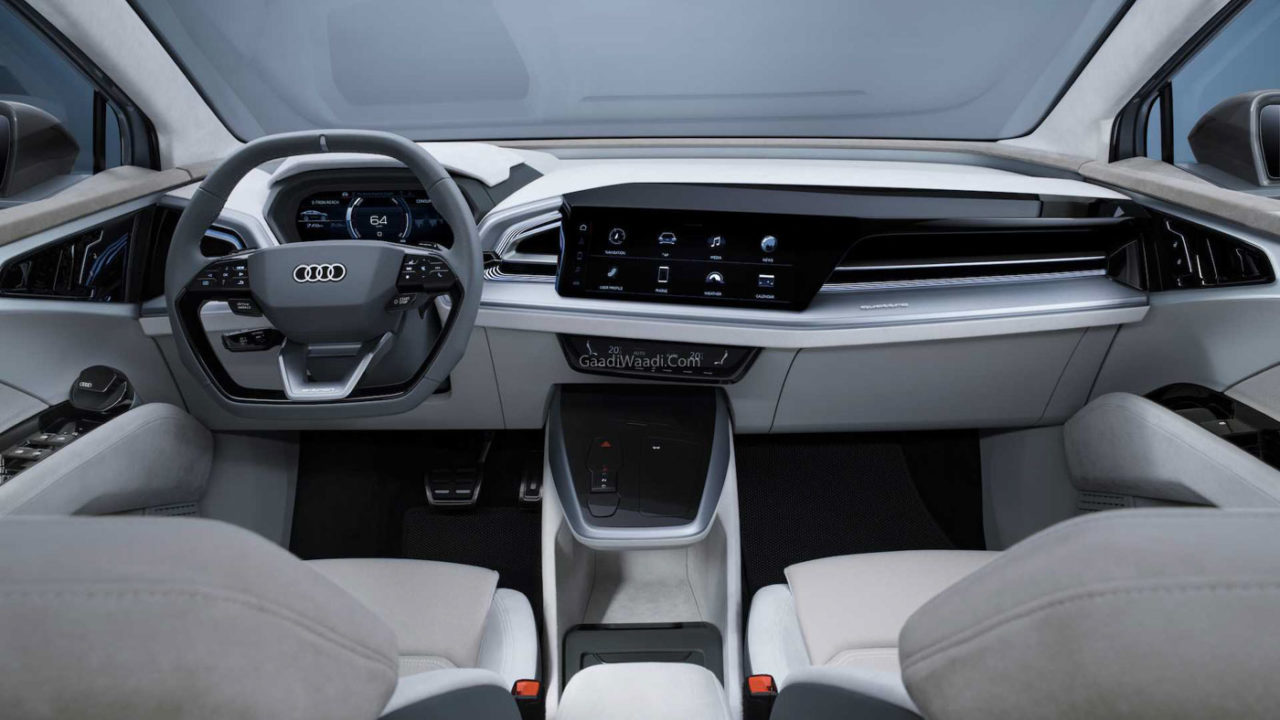 On the inside, the tech wizardry is second to none as it features a large 12.3-inch touchscreen infotainment system along with a digital instrument cluster. The German luxury carmaker has employed chrome plating technique and used recycle materials instead of leather on the floorboards and seats. The Sportback electric is said to have the roomiest cabin in its segment.

The Audi Q4 E-Tron Sportback has 2,7474 mm long wheelbase and a flat battery pack for better use of the space and maximise the room for occupants. Based on the flexible MEB (modular electrification platform) architecture that underpins many VW Group electric vehicles, it comes equipped with two electric motors and a 82 kWh battery pack. 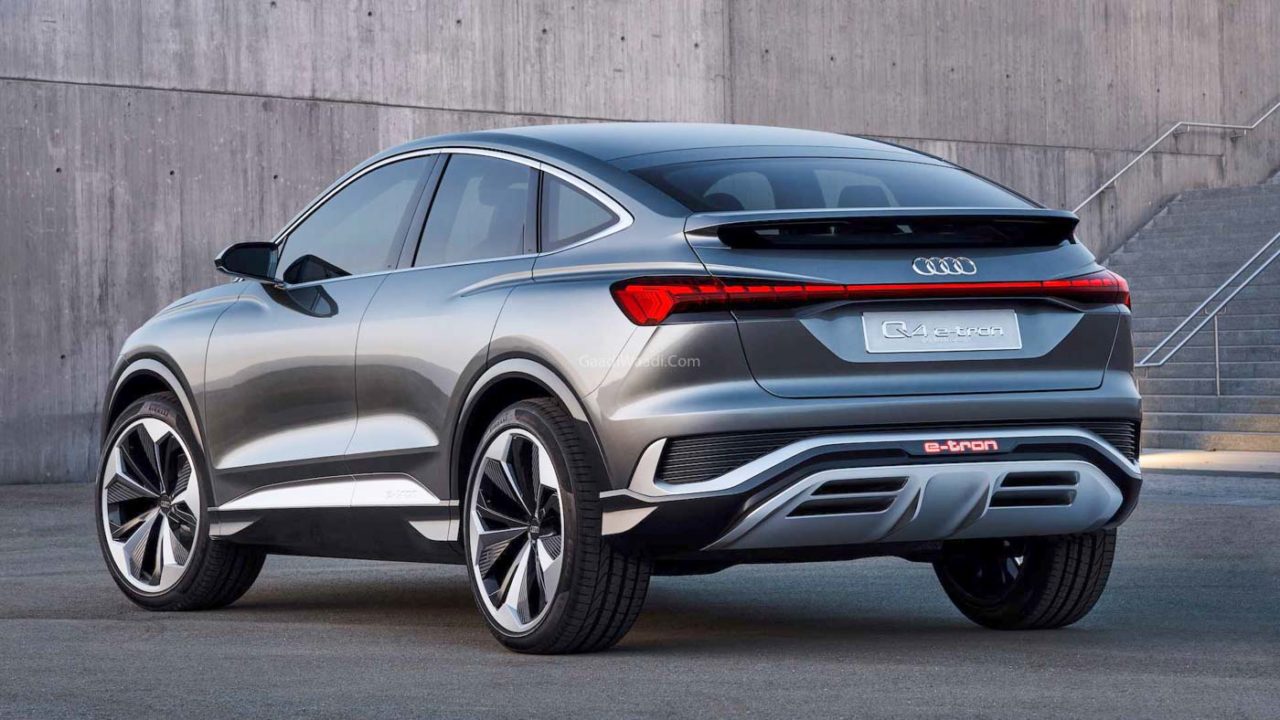 The electric motor mounted on the front axle produces 100 horsepower while the one at the rear is capable of 201 horsepower. Thus, the combined system output stands at 301 horsepower, effectively making the Q4 E-Tron Sportback an all-wheel-drive crossover. It is claimed to do 0 to 100 kmph in just 6.3 seconds before reaching a limited top speed of 180 kmph.

The all-important driving range is rated at 450 km on a single charge in the European WLTP cycle and it can be charged back to 80 per cent in just half an hour with maximum charging capacity of 125 kW. Expect the production model to show its face sometime early next year.