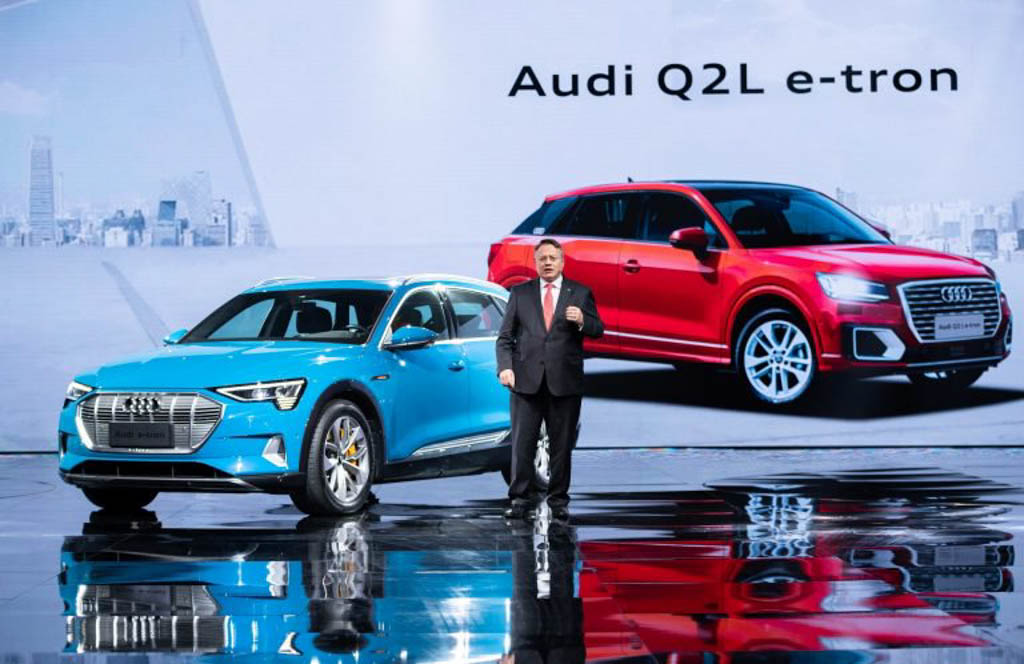 Just a few days after the first set of spy pictures surfaced on the internet, the all-electric e-tron variant of the Q2 has now been leaked. Snapped during Audi’s three decades of celebration with its partner First Automotive Works (FAW), it gives a certain glimpse of what the e-SUV will offer.

Currently, the Audi Q2 L e-tron is part of the brand spending efforts to launch products based on the Chinese customers’ requirements. With that said, it could expand its strategy in the near future. The electric Q2 L will go on sale in China next year and it will accompany the regular e-tron.

The German luxury carmaker said that the Q2 L e-tron is the first electrified vehicle specifically made for China and it may sell the regular Q2 e-tron alongside the upcoming model. Comparing the spy photos and the leaked imaged showcased during the presentation, we could spot some curious differences.

While the test prototype of the Q2 L e-tron features a reworked front end with changes to the grille, the image displayed at the FAW celebration largely resembles the standard Q2 L. However, when the road testing evolves, we will get to see a clear idea of the final production version. 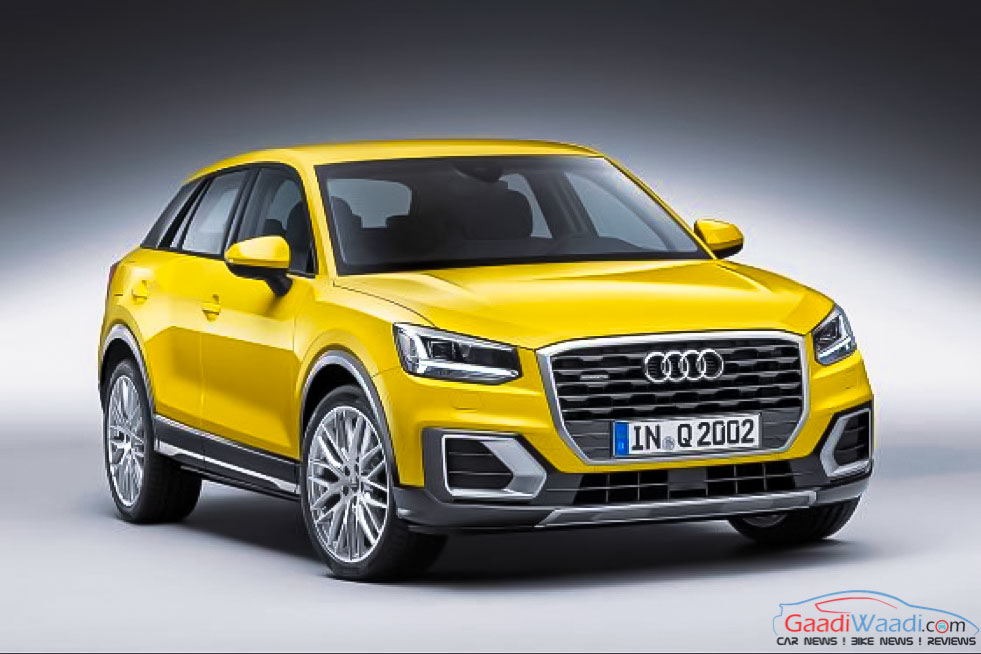 Although no details of the Q2 L e-tron are officially revealed yet by Audi, it is believed to have a high capacity battery pack to generate as much as 500 km range on a single charge. Audi is expected to launch the regular Q2 in the Indian market in the coming years while its first electric car could be in the pipeline for 2020.

Audi’s first-ever all-electric SUV, the e-tron, was revealed in September anticipating global success. It uses two asynchronous motor alongside a 95 kWh battery pack to achieve 402 km range on a single charge. Boasting larger dimensions than the Q5, the e-tron comprises of Quattro electric AWD system for optimised traction and torque distribution between wheels.

It can do zero to 100 kmph in just 5.5 seconds with claimed top speed of 200 kmph. The innovative brake energy recuperation system is responsible for generating 30 percent of driving range.