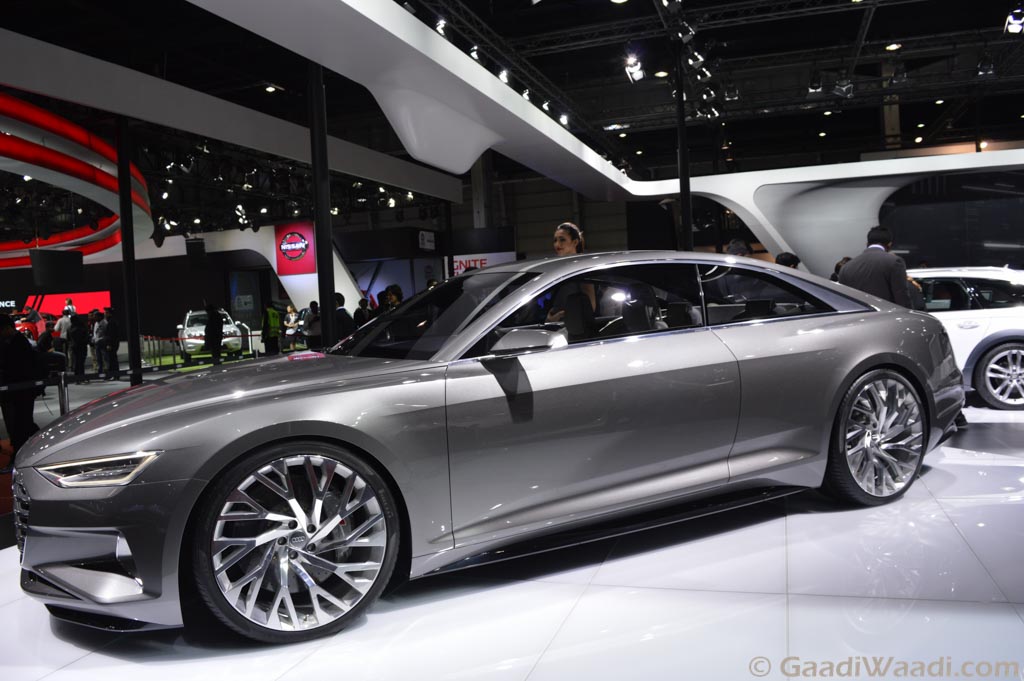 Audi Prologue two-door luxury coupe concept has seen the light at the Auto Expo 2016 with its alluring design language and showcased the futuristic approach the German manufacturer has taken in bringing the product to reality. First unveiled at the 2014 Los Angeles Auto Show, the Audi Prologue concept is in similar proportions to the Mercedes flagship S-Class coupe and could more likely give birth to the Audi A10 coupe to compete against the benchmark Mercedes car in the luxury sedan space.

It assures a sneak-peak into the next design language the Ingolstadt-based manufacturer heads towards and most importantly previews the new generation Audi A8 luxury sedan. The two-door luxury coupe concept derives power from the 4.0-litre TFSI V8 petrol unit that pumps out 605 hp of maximum power output and 700 Nm of peak torque.

The power is transferred to all the four wheels through a Quattro permanent 4WD drive system and the drivetrain offered in the Prologue concept is the eight-speed triptronic automatic transmission. It can sprint from 0 to 100 kmph in a very impressive 3.7 seconds claimed Audi. The Prologue concept comes equipped with a slew of technologies like self-levelling air suspension with adaptive damping, torque vectoring and dynamic all-wheel steering.