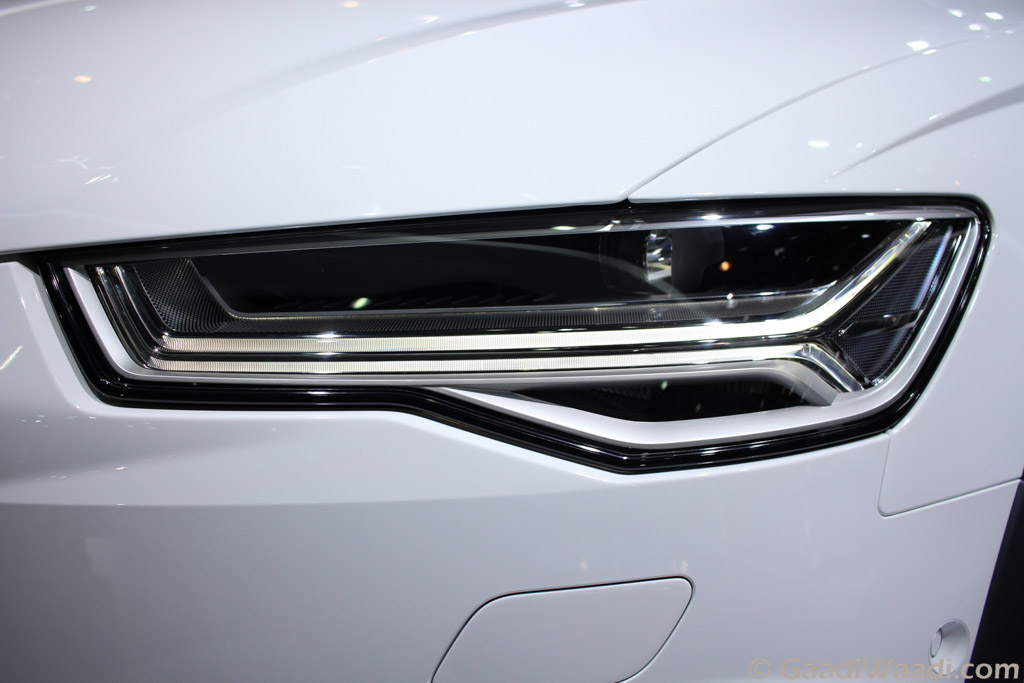 The German manufacturer came up with many India-centric products at the 13th edition of the biennial Auto Expo hosted at Indian Expo Mart in Gretaer Noida, like the new generation Audi R8 and the volume-seller Audi A4. The Audi A6 Allroad Quattro is another captivating vehicle along with the SQ5 that could be introduced for the Indian market in the not so distance future and thus we decided to have a look into it.

Rumours were running high last year that the Audi A6 Allroad Quattro could be launched in India following the unwrapping of the RS7 Sportback for Rs. 1.4 crore (ex-showroom) and immediately in the space of less than a month the RS6 Avant came into light for Rs. 1.35 crore (ex-showroom). The Audi RS6 Avant is basically a performance version of the A6 estate model with distinguishing body style to any other domestic offering and comes strapped with the 4.0-litre bi-turbo V8 of the RS7 Sportback developing 560 hp and 700 Nm torque. The A6 Allroad Quattro has its roots from the A6 Avant with certain characteristics to suit the Indian road conditions like high ground clearance and the proven Quattro all-wheel drive system provided as standard.

If Audi decides to sell the model, it could be imported through CBU(Completely Built Up) channel. The distinguished estate body style will make it as a halo product from Audi’s stable and it measures about 4.93 m long, 2.08 m wide and 1.45 m tall with a generous wheelbase of 2.90 m. The Audi A6 Allroad Quattro has two fuel options offered in the European market: a 3.0-litre TFSI V6 petrol and 3.0-litre TDI V6 diesel. The petrol motor produces 333 PS of maximum power output and 440 Nm of peak torque, coupled with a seven-speed S tronic gearbox. The diesel mill is available in three states of tunes such as 218 PS and 500 Nm, 272 PS and 580 Nm and 320 PS with 650 Nm. The latter is mated to an eight-speed tiptronic automatic whilst the rest gets seven-speed S tronic transmission.