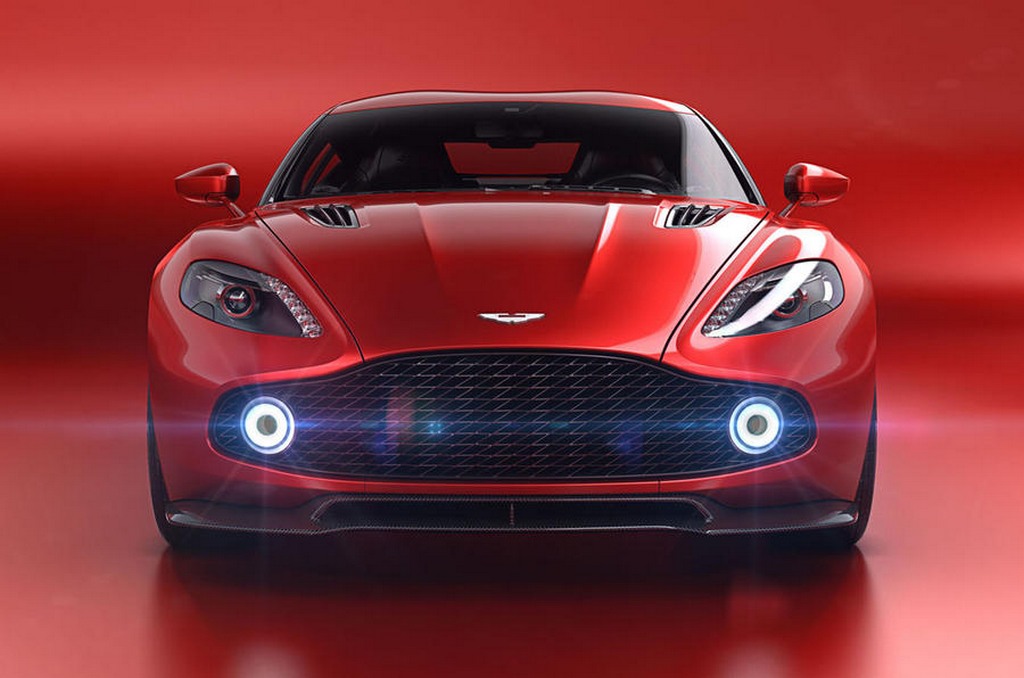 The Aston Martin Vanquish Zagato Concept is the brainchild of the British sportscar maker, Aston Martin, and the famed Italian design company, Zagato. The fifth model made in collaboration between both the companies has been revealed at the Villa d’Este concours d’elegance in Italy.

Its design is influenced by the charismatic automaker’s recent line of limited edition models such as the intimidation one-77, the DB11 and the Vulcan. Aston Martin and Zagato have been in partnership for more than five decades in production one-off concepts that created instant impact like the DB4 GT Zagato, V8 Zagato, DB7 Zagato/DBAR1 and V12 Zagato – the latter celebrated 50th anniversary of the original DB4 GT. The Aston Martin Vanquish Zagato Concept is based on the Vanquish grand tourer and the design team responsible for the creation of this model was headed by Marek Reichman besides inputs from Zagato CEO Andrea Zagato and his team in Italy. The development of the concept had taken place at the AM’s base in Gaydon, UK and is said to “push the definition of Aston Martin design.” The carbon fibre bodywork with single piece panels and the beautifully sculpted lines project the Vanquish Zagato concept as an unmistakable Aston product. It comes adorned with the signature side strake that stretches to the doors on either side from wheel arches to commemorate 100 years of the CC-100 Speedster and a neatly wrapped around glasshouse. The concept features what Aston Martin calls as a Double Bubble roof which is another trademark design element of the various Zagatos from the ‘50s – to provide space for driver’s helmet without damaging the car aerodynamically. Every section of the Vanquish Zagato concept has been carefully crafted to reminisce something from the special edition models like the rear end sculpted with retractable spoiler like the DB11 and wing mirrors as found in the 0ne-77. The roundish rear reflectors lingers the history of the old Zagatos while the futuristic rear Bladed LED lighting system is as similar to the Vulcan’s. The quartet exhaust system exiting through the sills made of carbon fibre allows for an imposing sporty character. Under the bonnet, the naturally aspirated 5.9-litre V12 engine has been tweaked to deliver 591 bhp – 23 more horses compared to the standard Vanquish. The dampers are retuned to provide sharper handling characteristics. Inside the cabin, the Zagato design is highlighted by the ‘Z’ quilt pattern stitched on seats, headrests and centre console. The lightweight carbon fibre trims along with anodised bronze and aniline leather on dials and vents can be clearly spotted as well. Aston and Zagato joint projects have led to several one-off sports cars, tin-top GT racing cars, private collection models and so on. Whether the new Vanquish concept will hit the track or not hasn’t been revealed by Aston Martin.